Is that why they look so good?

Demi Moore and Ashton Kutcher are currently existing on a mix of lemon, cayenne pepper and maple syrup, according to Demi's tweeting.

On Sunday she tweeted that she and her husband were doing the master cleanse and, rather than weight loss or appearance, 'this is about health!!!' Triple exclamation points hers.

Earlier in the day she had tweeted, '2nd day of master cleanse and off to hike with hubby and the dogs. 2nd day better than the 1st!' and she added that she and her husband were doing it together.

Naomi Campbell recently told Oprah that she is a proponent of the extreme diet. Even Josh Brolin and Eddie Vedder have tried it out.

For a lot more celebrity diets and detoxes, go here. 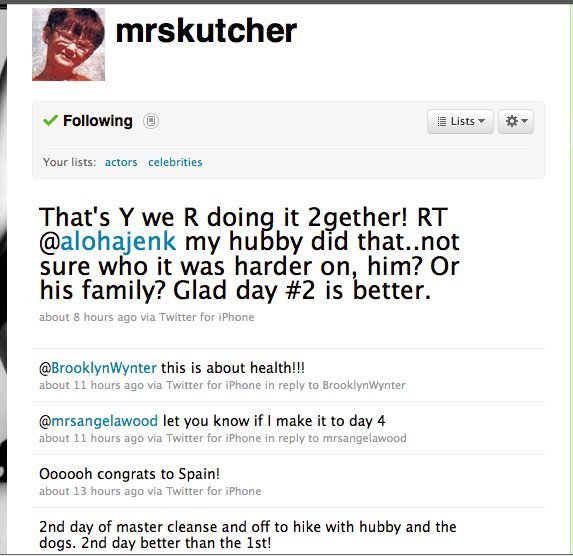