It's been quite a year for Demi Moore, but that hasn't kept the "Margin Call" actress from ringing in her 50th birthday in jet-setting-style. Us Weekly reports that the star, who turned 50 Sunday, has had a busy birthday month -- flying to Abu Dhabi for the Formula One Grand Prix on Nov. 3 and attending pal Naomi Campbell's birthday bash in India for boyfriend Vladislav Doronin before landing back in Los Angeles for her big five-oh.

If Moore felt any remorse about reaching the birthday milestone, she hasn't shown it. "She's not unhappy about turning 50," a source told People magazine recently. "She looks beautiful and is feeling good after a really, really tough year."

Moore's birthday also marks the one-year anniversary of her split from 34-year-old Ashton Kutcher, her estranged husband of seven years. The former couple have yet to officially divorce. 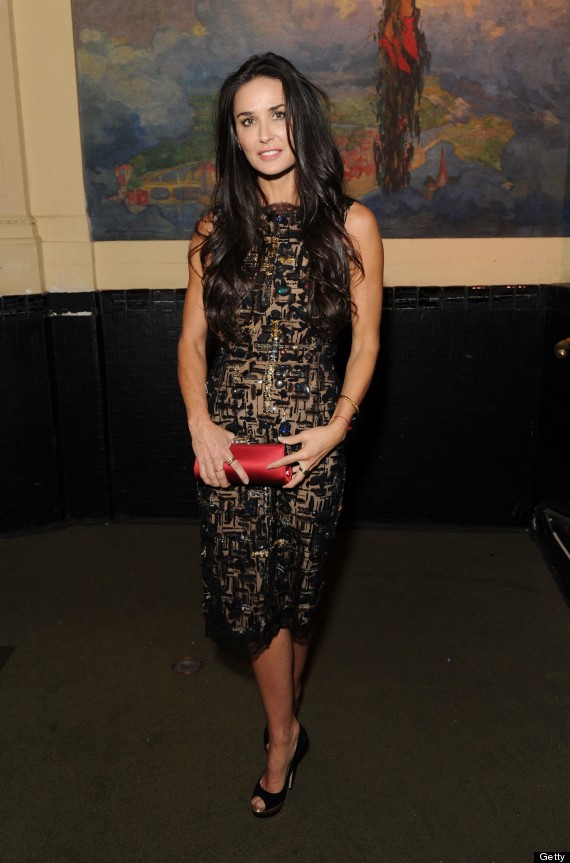