Now that Ashton Kutcher and Mila Kunis were spotted kissing and can no longer continue claiming they're just good friends, Kutcher's estranged wife, Demi Moore, is reportedly heartbroken over news of the romance.

"Demi is devastated that Ashton has moved on so quickly and is dating Mila," a close friend of the 49-year-old actress told RadarOnline. "She is beyond heartbroken. Even though Ashton cheated on her all the time, it was with random girls, it wasn't a relationship like it is with Mila and that is what is killing Demi now."

Kutcher was allegedly caught cheating with 23-year-old Sara Leal in September 2011, and Moore announced she had decided to end their six-year marriage in November. In June, it was reported that neither Moore nor Kutcher had filed divorce papers, prompting rumors that the two were never legally married or that there was still a chance for reconciliation.

Since Moore announced the split, the two have kept their distance from each other, and Kutcher has been linked to numerous women, including Rihanna and Kunis.

Reports that the former "That '70s Show" co-stars and on-screen couple were dating first leaked in April, though a rep for Kunis vehemently denied the claims, telling reporters that the two have just "been friends for a long time." Kunis herself denied dating Kutcher, telling "Extra" the rumors were "absurd."

But with recent photographic evidence of Kutcher and Kunis looking way more than friendly, it's going to be hard to deny their romance. This is allegedly proving to be too much for Moore, who can't handle seeing photos of Kutcher kissing another woman.

"It's like having her nose rubbed in it time and time again. She kind of knew it was definitely over between them but I think she was still holding out a little hope for a reconciliation — now he's actually dating someone else she knows that's not going to happen," the source told RadarOnline. 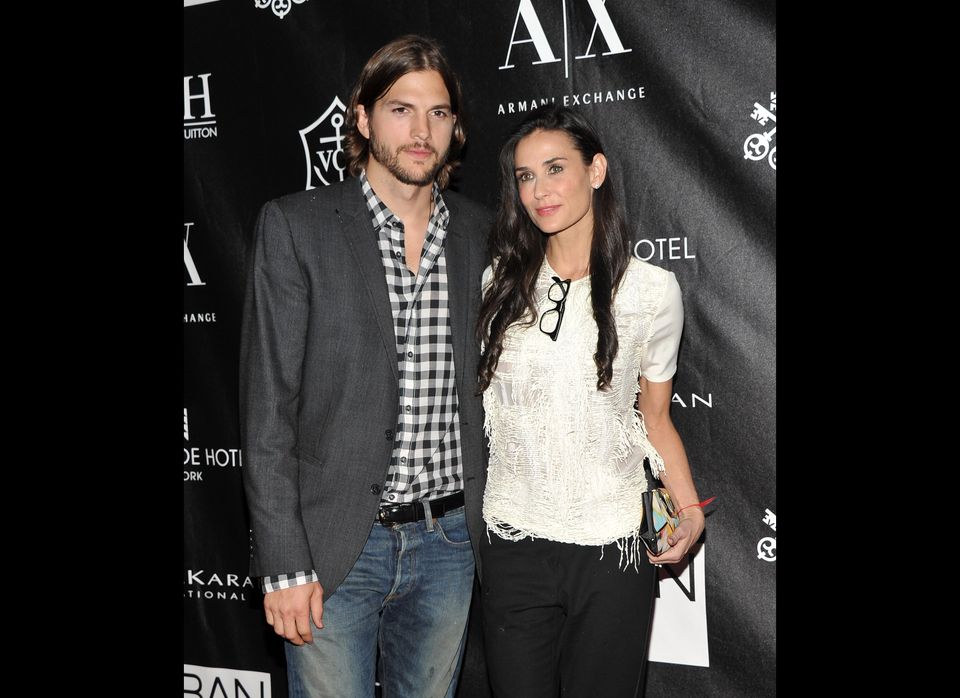