Demi Moore can't win. Her recent W cover was widely regarded as a Photoshop disaster, though she maintained it was her real body. Now she's getting flack for an unretouched photo--for looking old.

On Wednesday Demi shared an outtake from a Santa Monica photoshoot for Harper's Bazaar.

"Had the priviledge of working with a giraffe yesterday he was beautiful gentle and so amazing!" she tweeted along with the picture below. Some responses were unforgiving:

"sorrydemi that your self esteem is so low you can't admit to a little Photoshopping. And Ghost sucked," one follower wrote.

"sorry but you look old. specially your neck & cheecks at the second shot.." added another.

Demi and Ashton have long been consumed with cultivating their Twitter presence. A couple of weeks ago they planned dinner and sex over Twitter from different rooms in their house, and then there was that butt picture. 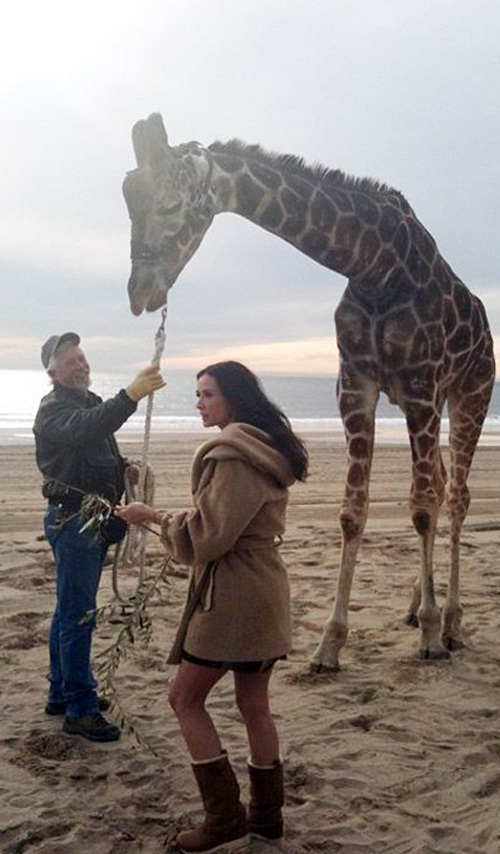