Last week, Demi Moore and W Magazinedenied that Moore had been Photoshopped on the cover of the December issue. The 47-year-old actress appears wearing a gold Balmain leotard with a chunk missing from her left hip.

However, Lars Hindsley at PopCultureMadness has another theory: Demi's entire body was replaced using an image of 26-year-old model Anja Rubik strutting down the catwalk during Balmain's recent Paris show. 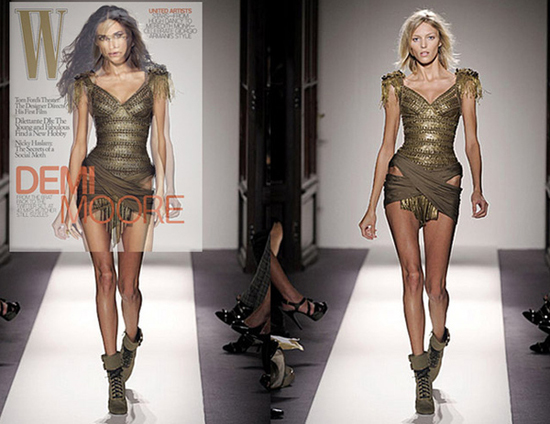 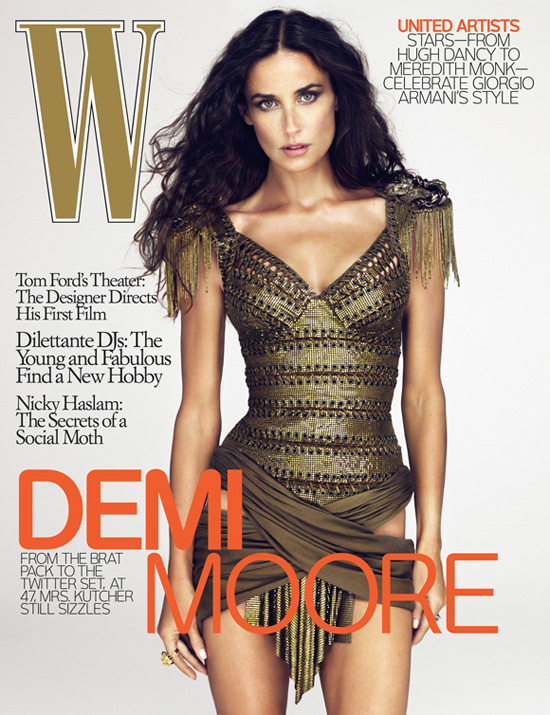