Over the past decade, populist strongmen have subverted liberal democracies in Turkey and Hungary. To judge by recent developments, the current leaders of Poland and India are doing their best to follow their lead. And if we take far-right insurgents who have not yet reached the halls of power, from Marine Le Pen in France to Donald Trump in the United States, at their word, an eerily similar set of events may be beginning to play out even in the seemingly consolidated political systems of North America and Western Europe.

All of this is scary, and it is despicable. The rise of populist strong leaders across the globe constitutes a real threat, both to our political system and to our most cherished values. But that only makes it all the more important to understand them for what they really are. Unfortunately, that has rarely happened. Instead of trying to dissect these developments in precise terms, we have mostly contented ourselves with vague condemnations that do little more than express our outrage: Victor Orban and Recep Tayyip Erdogan, we blandly complain, are dangerous because they are "undermining democracy."

The truth, as the case of Turkey demonstrates, is a good deal more complicated than that. For decades, a secular elite restricted the religious rights of a large number of Turkish citizens. Meanwhile, a powerful military establishment kept watch over the country's democratic institutions, halting radical changes to the status quo by the use of force (or the even more frequent threat thereof). Though the country had the superficial trappings of a liberal democracy, many Turks had reason to feel that the political system consistently ignored their political preferences.

Erdogan rose to power in good part because he promised to do away with the undemocratic elements in the Turkish system. Far from opposing democracy, he sought to give full expression to the voice of the people. Once in power, he promised, the majority of ordinary, religious Turks would finally get their way -- without having to pay undue attention to the preferences of the military or the rights of pesky minorities. 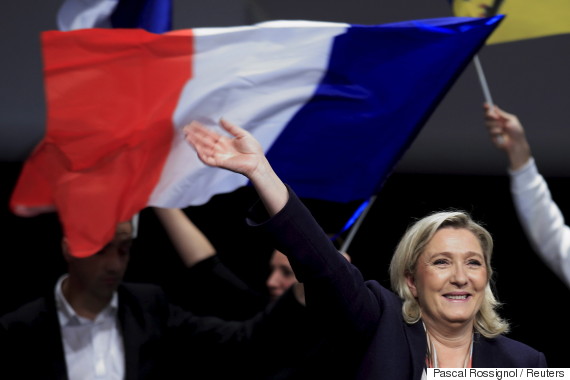 In most respects, Erdogan has kept his word. His rule has been a disaster, of course: Under his leadership, press freedom has been squashed. The right to protest has been undermined. Political opponents have been humiliated in show trials. Persecution of ethnic minorities is getting worse by the day. But however illiberal these policies may be, they are mostly in tune with the preferences of a clear majority of Turkish citizens. To call them undemocratic is to obscure an important aspect of Erdogan's rule -- and to shield our eyes from a big reason for his success.

We thus need to be much clearer than we usually are about the fact that our political system consists of two separate elements, which do not go together naturally or inevitably: liberalism on the one hand and democracy on the other hand. Liberalism, on this view, consists in individual and minority rights, as well as in a deep-seated respect for key liberal institutions like independent courts. Democracy, meanwhile, is a much simpler, but in its way also a much more demanding, concept: a country is democratic insofar as its institutions actually manage to translate popular views into public policies.

What is so valuable about our political system is that it has historically been able to reconcile these two commitments: To a considerable degree, a host of countries in North America and Western Europe have been able to give the people a real voice in their government even as they have protected individual rights. They have been able to do that, in good part, because they generated rapid economic growth -- thereby softening the views of ordinary people, giving them trust in traditional political elites and making them more willing to tolerate the rights of unpopular minorities.

As the incomes of ordinary people have stagnated, their anger at the political establishment -- as well as at unpopular minorities -- has reached fever pitch.

But this marriage between liberalism and democracy is looking increasingly troubled. Throughout the history of liberal democracy, average citizens have experienced a clear improvement of their living standards from one generation to the next. But over the last 30 years, this progress has stalled -- or even reversed -- in virtually all countries in North America and Western Europe.

As the incomes of ordinary people have stagnated, their anger at the political establishment -- as well as at unpopular minorities -- has reached fever pitch. And because their support for their form of government has always been highly reliant on its ability to deliver economic growth, they are also becoming more critical of liberal-democratic institutions. If liberalism and democracy have long come as a package, they are now being unbundled. While political and economic elites are increasingly willing to weaken democracy if that is the price to pay for protecting liberalism, a growing share of the people is demanding to let the people rule even -- perhaps especially -- if it means getting rid of liberal rights.

All of this allows us to see that Erdogan has not made Turkey less democratic over the last years; he has, rather, made it less liberal. And what is true of Erdogan is also true of Orban, of the current governments of India and of Poland and of far-right populists like Trump and Le Pen. All of them desire to transform their countries into illiberal democracies; into places, that is, where individual rights might often be ignored but the unmediated voice of the majority really does reign supreme. 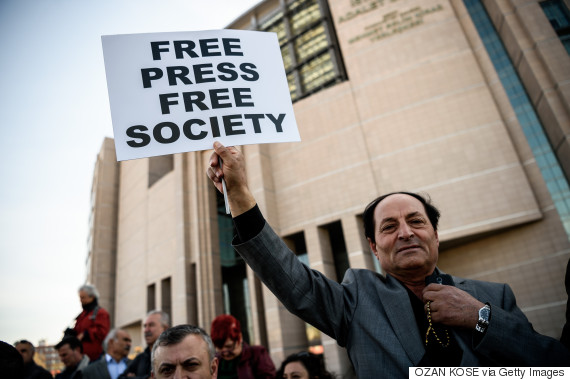 A protestor in Istanbul on April 1. (OZAN KOSE/AFP/Getty)

There is one crucial respect, of course, in which the rise of the strongmen imperils not only liberal values but also democratic ones. These leaders come to power with broad popular support and usually start their reign by implementing policies that enjoy strong backing in the population. But when they become unpopular, as most rulers do after some time in office, many of them are unwilling to give up on power. Disdainful of liberal norms and convinced of their unique ability to channel the views of ordinary people even when they are headed for defeat at the ballot box, they blame all political opposition on traitors at home or abroad and undermine free and fair elections. Voted in as the champions of the people, they slowly und unwittingly start to turn the illiberal democracies they have created into straightforward autocracies.

There is nothing inevitable about all of this. The citizens of liberal democracies have not become dissatisfied for some vague or mystical reason. Rather, they are reacting in anger because the political system is no longer delivering on the key benefits that has long kept them loyal. Ensuring that a higher share of economic growth goes to a broader segment of the population is thus not only a matter of distributive justice. On the contrary, it is our best hope of averting the slide from liberal democracy to illiberal democracy and from illiberal democracy to outright autocracy.