I can say with some confidence that President Zardari's legacy will be written in golden words.

I don't say this as his son, or patron-and-chief of the Pakistan People's Party - but as a student of history.

I would compare his presidency to that of America's Lyndon B. Johnson. He too was an accidental president. He came to power following the assassination of the popular and charismatic John F. Kennedy. Much like Shaheed Mohtrama Benazir Benazir, JFK was assassinated before he could implement much of his agenda and vision for the country.

LBJ used the political capital he gained following his assassination and the landslide victory in the election to make JFK's dream a reality. He passed America's historic civil rights legislation and many historic welfare programs under what he called 'the great society'. Despite these historic achievements and high expectations, the Vietnam War and malicious propaganda from the right wing made LBJ so incredibly unpopular at the time that he did not seek re-election. Today he is remembered as one of modern America' s greatest presidents.

LBJ had many advantages that President Zardari did not enjoy. He had a super majority in Congress. He came to power at the height of an economic boom. He had an activist Supreme Court that supported his agenda.

President Zardari came to power just as the global recession hit. He had to cobble together an unruly coalition, put up with a constant assault from a conservative supreme court who sought to undermine him at every term. This does not include dealing with Pakistani's omnipotent establishment and the menace of terrorism.

Despite all of this, he presided over the first peaceful democratic transfer of power in our country's history. He passed the historic 18th amendment, gave up his powers as the most powerful civilian president and devolved much power from the center to the provinces, strengthening both democracy and the federation.

Then of course there was the historic Benazir Income Support Programme, his own brainchild, which is not only our country's first social safety net, but is also internationally praised as effective, transparent and a model programme for the region.

Despite the economic recession, he kept the economy on firm footing and stimulated an agricultural boom that transformed Pakistan from a wheat importer to a wheat exporter. He did all this with little economic assistance from the West.

He fulfilled the dream of Shaheed Zulfikar Ali Bhutto and Shaheed Benazir Bhutto by implementing the moratorium on the death penalty, signed more women's rights, minority rights and human rights legislation than all past parliaments combined.

Despite our image as a pro-western party, he stood up for Pakistan's sovereignty. He delivered a daring speech at the United Nations rebutting the world's demands to do more on the war on terror. When our sovereignty was violated and national honor undermined by incidents like the Salala attack - he stood up to the world's superpowers, shut Shamsi air base, and temporarily halted NATO supply lines until America, for the first time in it's history, apologized for the friendly fire that cost the lives of brave Pakistani soldiers; a demand that even the United Kingdom had suggested we drop because they too had failed to get an apology when British troops were killed in a similar friendly-fire incident.

As commander and chief, he presided over the successful Swat operation against the Taliban. A successful military operation that even the military dictator before him failed to achieve.

By far his greatest achievement is shepherding Pakistan through the nation's tumultuous transition to democracy. The day my mother, Shaheed Benazir Bhutto, was buried, I proclaimed 'Democracy is the best revenge'. As a son, and a Pakistani citizen, I could not be more proud of President Zardari. He has truly given me a second legacy to live up too. He sacrificed eleven and half years of his life as a political prisoner fighting for democracy in Pakistan. He lost his wife and I lost my mother in this battle, but we have won the war. Democracy has arrived. Mark my words, history will remember President Zardari as one of the greatest and most successful leaders the country has ever seen. 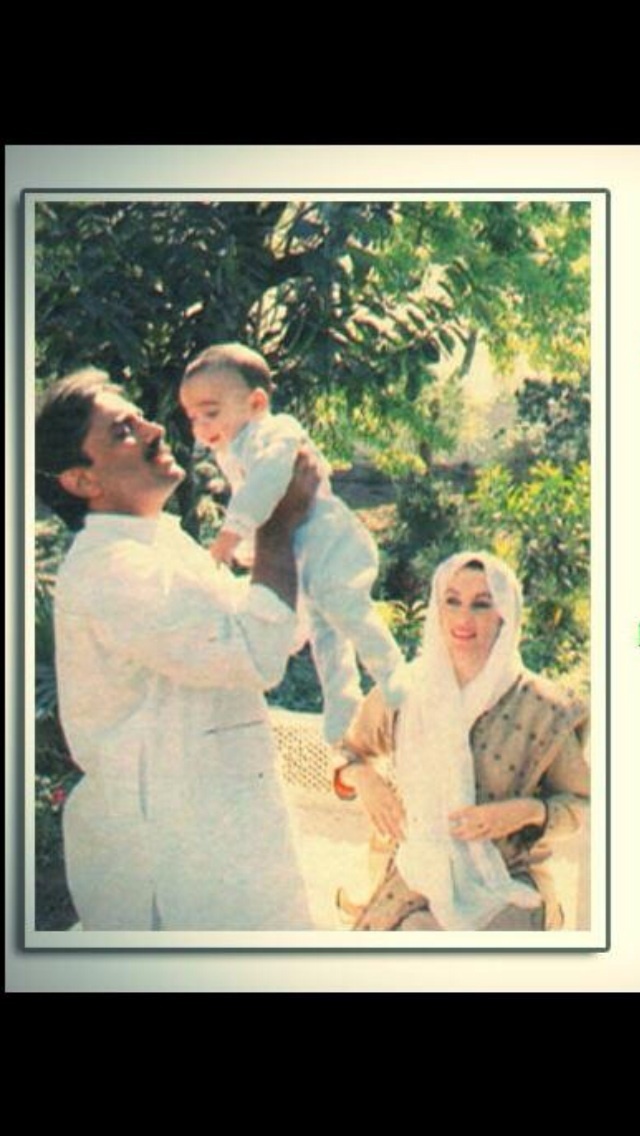