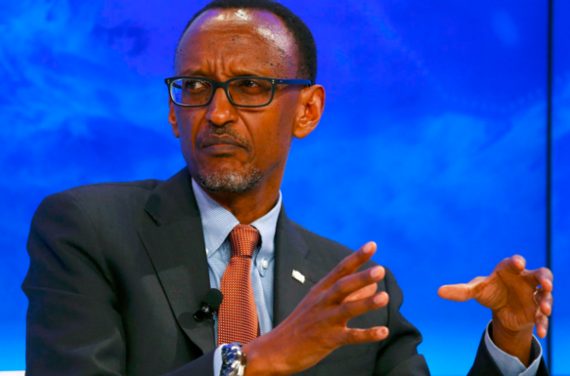 Rwandan President Paul Kagame New Year's Eve announcement that he will run for a third term as presidentcame as no surprise to most observers of the tiny central African country.

It was widely expected after a national referendum approved constitutional changes that allow Kagame to run his authoritarian, single-party state until 2034.

The ruling Rwandan Patriotic Front's (RPF) public relations machinery claims that it is only Kagame himself who has the leadership acumen to oversee Rwanda's continued peace and prosperity. This is the dominant narrative of success that the RPF has painted for foreign audiences.

The reality is that there is no viable alternative to Kagame, within or outside his RPF. Political rivals have died, are jailed and have disappeared or have fled the country.

It is alarming that the purported overwhelming popular support for the RFP has been accepted with such alacrity.

The story fed to the world is that December's constitutional referendum was approved by more than 98% of voters and before that, when Rwandan lawmakers consulted 3.7 million voters, they could find only ten people opposed the idea of a third term for Kagame. That's an astonishing 99.9997%, which is just slightly higher than the average electoral percentage the RPF has received since taking office in 1994.

These numbers should raise eyebrows. As researchers, we know that when we poll a group of 100 free-thinking individuals in the real world on whether or not the sky is blue, we don't get that kind of consensus.

The numbers from Kigali are literally off the charts - so much so that they discredit themselves. We might as well be told that 110% of Rwandans approve of extending Kagame's mandate.

This does not even begin to address the fact that democracy since the 1994 genocide is not a system of majority rule, but rather is a complex system that protects the political interests of the RPF and its loyalists.

Kigali tells us not to worry because this movement is popular with the "majority". They say the West should mind its own business, leaving Rwandans to deal with Rwanda.

Kagame devotees are quick to point out the country's economic successes, using reports produced by the Rwandan government itself to back up their claims. In recent years, the World Bank has indeed found Rwanda to be among the easiest countries in Africa in which to do business.

But in 2006, when the same World Bank found data that did not support the narrative of economic growth in Rwanda, that data was destroyed and the foreign researchers were expelled. Since then everything from the World Bank on Rwanda has been positive. Suppressing dissent knows no bounds.

An absence of checks and balances

In Rwanda today there are no checks and balances. There is no independent media in the country. Since he took power there has never been a Rwandan court decision that did not end the way that Kagame wanted it to. Every vote in parliament has produced the result Kagame desired. There has never been a popular vote in which people did not concede to Kagame's will.

Foreign support of this decimation of democracy would also have us remove any remaining incentive for Kagame to show restraint in the coming years. His supporters argue that the country and region would most likely spiral into chaos if he were to step down.

But what if Kagame were to suddenly perish? Kigali has no back-up plan. He has personally made sure of that. Irresponsible backers of this oppressive regime seem to think Kagame is immortal.

Even using the Rwandan government's own impressive stats, Kagame is close to the limit of life expectancy for a man born during his era (1957). Life expectancy for Rwandan men is 63.8 years. Add the risk factors of military service, poor sleep habits and the weight of a stressful job and he is living on borrowed time.

Kagame's supporters argue that the country and region would most likely spiral into chaos if he were to step down. No-one who cares about Rwanda would wish for his sudden demise. That would have a catastrophic effect. But you cannot call his government sustainable if it has not prepared a succession plan for the one event that awaits us all.