How the Republican presidential nominee is undermining democratic norms at home and abroad. 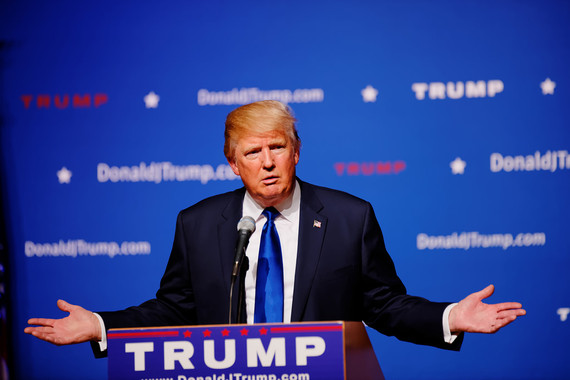 If elected president, Donald Trump will give democracy promotion a demotion, and perhaps get rid of it altogether. Trump appears to be ignorant of the benefits the United States enjoys from the spread of democracy abroad, and much less the fact that his often undemocratic campaign for the presidency undercuts Washington's ability to lead by example. Democracy around the world is in recession, and presidential candidates should be defending the values of representative government. Instead, Trump has made common cause with the autocrats leading the global backlash against democracy.

The spread of democracy worldwide enhances American security. Not every autocracy has been an enemy of America, but all of America's enemies have been autocracies. Today, countries like Russia and North Korea threaten U.S. interests and global stability. Meanwhile, autocracies turned democracies such as Japan, South Korea, Germany, and Italy have become powerful allies. Democratic governments are not only more likely to treat their people justly, but they are also more likely to develop productive relationships with the United States.

Much of this is lost on Trump, leading him to eschew America's traditional role of championing democracy abroad. During a recent interview with the New York Times, Trump said that he would not push Turkey or other allies to be more democratic. According to Trump, the United States has its own "mess" to worry about; Washington is not a good "messenger" and has no "right to lecture" other countries. Yes, the United States faces its own challenges, but in refusing to stand up for democracy abroad, Trump, as Anne Applebaum notes, allows autocrats and leaders with authoritarian tendencies to "sleep easier."

Even those who downplay the importance of democracy promotion in U.S. foreign policy usually believe in setting a good example for burgeoning democracies to follow ― not Trump. Throughout his improbable campaign, the reality star-turned-presidential candidate acts as if democratic norms are a nuisance. Trump and his political allies belittle minorities, show contempt for the rule of law, and threaten political opponents with violence. Trump's behavior sets the worse sort of example for new and backsliding democracies alike. How can American diplomats encourage foreign counterparts to expand press and religious freedoms or respect the judiciary when the Republican standard-bearer bars the Washington Post from press events, proposes banning Muslims from entering the country, and questions the objectivity of federal judge Gonzalo Curiel because his parents were born in Mexico?

Trump, however, isn't just setting a bad example and renouncing the United States' traditional role as a leader among democracies, which alone would be enough to embolden the world's autocrats. No, Trump has taken democracy demotion a step further: actively praising autocrats for their strong leadership and parroting their talking points in campaign speeches and interviews. Trump is notably obsequious toward Russian President Vladimir Putin, whom he defended against the charge of killing journalists and tweeted about as a potential "best friend." Recently, Trump legitimized Russia's annexation of Crimea and threw into question Washington's commitment to NATO allies menaced by Moscow. In fact, the Trump campaign's conciliation of and ties to Moscow are so great that a former acting director of the CIA called the Republican candidate an "unwitting agent of the Russian Federation."

For several years, democratic backsliding has outweighed democratic expansion. Additionally, as former U.S Ambassador to Russia Mike McFaul points out, Vladimir Putin and other autocrats are leading a global effort to undermine the legitimacy of representative government. In Donald Trump, they could not have found a more useful presidential candidate; Trump has shown that he is more effective at promoting Russian foreign policy goals than he is at promoting democracy. For those who care about political freedoms ― not to mention American security ―Trump's demotion of democracy at home and abroad is a worrying sign.

Michael Goldfien is a Campaigns Fellow at Young Professionals in Foreign Policy, and has an MA in International Policy Studies from Stanford University.