Kander, a former Army captain who served in Afghanistan, highlighted his military experience while announcing his candidacy in an online video and said in an interview with The Associated Press that Blunt is often "on the extreme edge of a lot of issues."

Kander, 33, is Blunt's first prominent opponent for the 2016 election. If Kander is elected, he would be one of the youngest U.S. senators — an attribute that he said should be a positive during a campaign.

"Missouri has a senator who's been in Washington for nearly 20 years and has been running for one political office or another for over 40 years. For too long, he's been a part of the problem," Kander said in his video announcement.

He added: "I believe it's time for a new generation of leaders, who have come of age at a time of unprecedented challenges and threats to our country, and who are committed to bringing people together and doing what's right, no matter what the personal cost."

Blunt won election to the Senate in 2010 after serving for 14 years in the U.S. House and is vice chairman of the Senate Republican caucus. He was Missouri's secretary of state from 1985-1993 and the Greene County clerk from 1973-1985.

Kander was elected as secretary of state in 2012 after serving four years in the Missouri House. He was in the Army for eight years and said he was spurred to join by the Sept. 11, 2001, terrorist attacks. While working as an Army intelligence officer, Kander said he volunteered to be deployed to Afghanistan in 2006. He filmed his candidacy announcement from a passenger waiting area at the Kansas City airport, where he said he departed for his service in Afghanistan.

A spokeswoman said Thursday that Blunt had no comment about Kander's announcement and referred questions to the Missouri Republican Party. GOP Chairman Ed Martin issued a written statement calling Kander a "dyed-in-the-wool liberal in lock-step with the failing Obama Agenda."

Kander sought to draw distinctions both with Blunt and President Barack Obama.

He told the AP he would have "demanded some changes" before voting on Obama's health care law, adding that it now "must be fixed and improved." Kander said consumers should be offered cheaper health insurance plans through a federal website and that employees should be allowed to work more hours before being counted as full-time for businesses trying to comply with the health care law's requirements.

Blunt has said the health law should be repealed and replaced, but Kander said "the Republican approach to tear down this law and leave no protections in place would be harmful to many Missourians."

Kander said Obama "made a mistake" by issuing an executive order seeking to shield more than 4 million immigrants living in the country illegally from deportation, without giving the Congress that took office in January a chance to overhaul the nation's immigration laws.

Blunt has co-sponsored legislation that would block funding for the Department of Homeland Security to implement Obama's immigration policy.

Last week, Blunt was one of just five senators who voted against Obama's nominee for defense secretary, Ash Carter, citing concerns that he would implement Obama's "flawed agenda."

Kander cited that vote as evidence that "Blunt is part of the problem" in Washington.

"I think that, certainly, he is on the extreme edge of a lot of issues," Kander said. 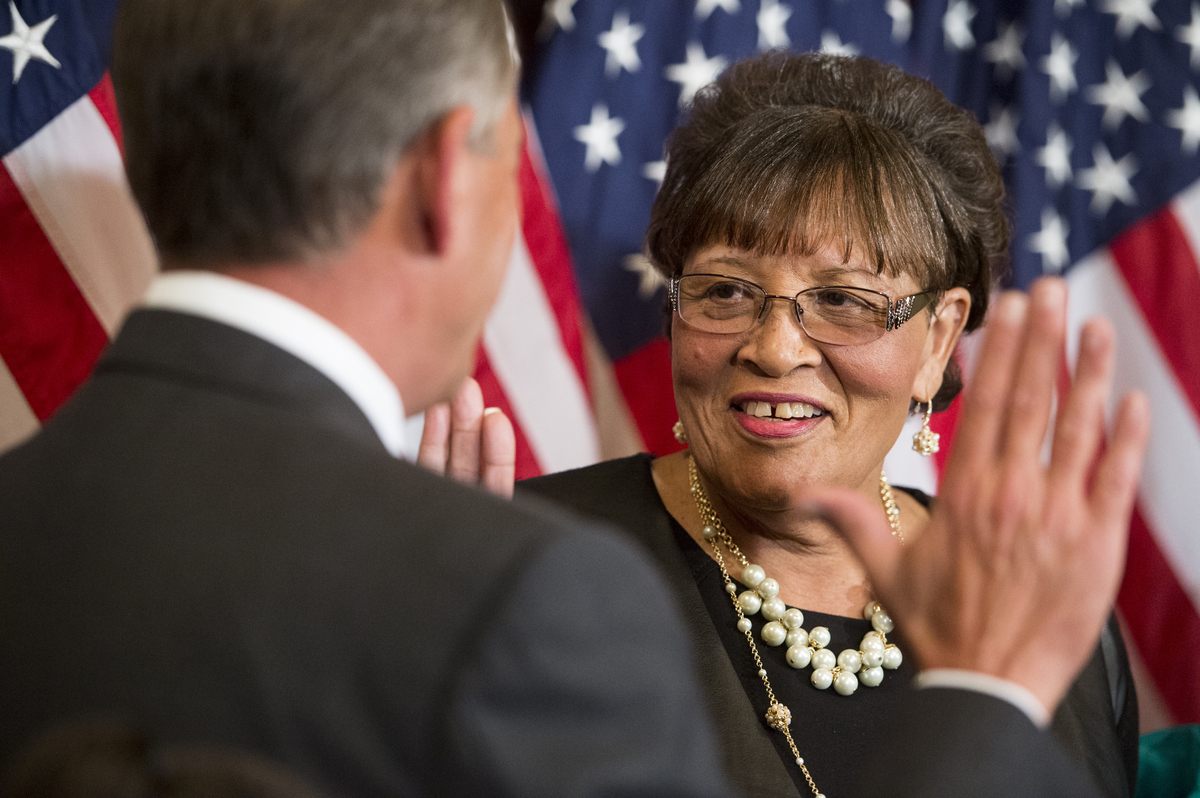