With less than four million inhabitants, widespread illiteracy and a long history of authoritarian rule by military strongmen, Francophone Mauritania seems an unlikely breeding ground for think tanks. But when the country in north-western Africa held its first think tank summit earlier this year, seven different organizations were gathered around the table. One of them was Mauritanie Perspectives.

I spoke with Djibéry Doucouré, Mauritanie Perspectives' chief administrator, and Mohamed Fadel Ball, its project manager, about re-inventing the think tank from scratch and the prospects for democracy in Mauritania. 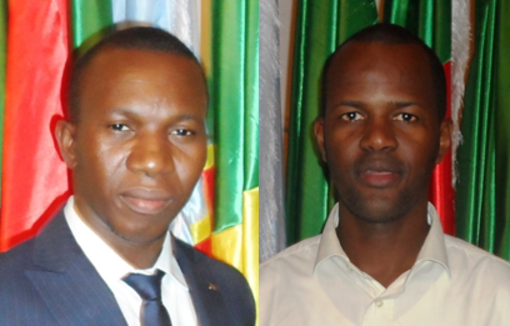 How did you first come up with the idea to found a think tank?

Djibéry Doucouré (DD): In 2010, Mauritania's national anti-poverty plan had its ten-year anniversary. A group of friends decided to organize a conference on the occasion to take stock of the plan's performance up to that date. We talked a lot about how the plan had not been much of a success, and how civil society had not been involved in it, and then we thought, "Why not create a group to think about these things?"

How do you plan to safeguard your independence from donors?

DD: There are two tendencies within our organization. Some members want to stay independent, while others want to pursue donor funds. It's a perpetual debate. In my opinion, if we have selected something as a focal theme and then a donor comes and wants to finance work on that theme, fine.

Can you give an example of how donors could limit your intellectual freedom?

Fadel Ball (FB): Yes, donors are very wary of the national unity discussion, as this is a very sensitive topic. Also, when people see the logo of a donor during a discussion about this, they ask themselves, "Is this not a national topic? Do we really need foreign donor backing to push this debate?" This is a national issue that we need to a sort out nationally.

Domestically, are there limits on what you can discuss?

FB: There is a new generation that is very open and that discusses everything, you can talk about topics that used to be forbidden, like slavery, Islamism, violence, the world is very open now.

DD: In the media, you can now read articles in which people openly criticize the president. In the past, that was not possible. We talk freely.

If you have a good idea, how do you promote that with policy makers?

DD: Most of our members work in government in some form, so we have [informal] channels to pass these ideas along on.Then it's up to them to implement them or not. Also, the government often actively approaches us for advice, we are a privileged partner. In that case, we gather together those members of ours who have relevant expertise and discuss this specific issue. To give another example, we were just at this regional youth forum where young people from across the region discussed the post-2015 development goals and other issues. Minsters of several countries participated and there was an exchange of ideas behind young people and decision-makers. Mauritanie Perspectives was the first organization to do this kind of thing here; then the Ministry of Youth picked up the concept and organized this regional conference by itself, which isgreat.

How high is the policy formulation capacity within ministries?

FB: Every single ministry now has a small policy research and evaluation unit based on the think tank model, directly reporting to the minister, with one person in charge of it. How well these work in practice varies from one ministry to the next. Generally speaking, it works better in larger ministries with bigger budgets and more staff that get more donor support. They are manned by technical staff who are independent of politics, they are protected, they cannot be exchanged with every change in government. Ministers may not always follow their technical advice, though.

So there is a permanent civil service in Mauritania...?

DD: It's more institutionalized today, not as tied to the person any more. Governance changed a lot in 2007-2008 [a democratic interlude]. Things improved.

What drives these changes?

FB: Mentalities have evolved, civil society has evolved, public opinion is more mature, people ask good questions now. Media freedom and the internet also matter, people can follow what happens in ministries, everyone knows what is going on. Even the president knows! People are starting to think ahead. Take the example of fisheries, if we take everything now, what will be left over in one or two generations? Civil society is more vigilant, budgets are transparently managed, ministers are more careful... The president has sent some people to jail for corruption. Government has changed from the top to the bottom. Young people today have a different mentality, they are online, many have travelled, some speak English, they know what is happening in New York, in Paris, in Seattle.

Others have told me that media revelations do not generate any official follow-up...

DD: There's not much follow-up, but more than before. Another driver of change is that the government is sensitive to international opinion and needs to make a good impression with donors. And I think there's an emerging patriotism, decision-makers care more about their country. Mauritanians used to identify more with their family or ethnic group, now there is an emerging patriotism.

[Note: A longer version of this interview first appeared on the On Think Tanks blog.]