Here's one more thing Republicans and Democrats can disagree on: brands.

A new study shows that the products we prefer fall along political lines, even coffee outlets. Democrats favor Starbucks while Republicans prefer Dunkin' Donuts, according to research involving 4,000 consumers by Buyology Inc., a firm that attempts to measure our unconscious buying decisions through what it calls "neuro-insight."

Four big brands that reached across the aisle were Coca-Cola as favorite beverage, Google as favorite Internet brand, Visa as favorite financial service and Apple as most-desired technology.

"Both candidates and brands have never fought harder for our affection and our votes," Gary Singer, founding partner & CEO of Buyology Inc., said in a release. "It's never been more important to understand why people make the choices that they do. Brands can learn a lot by having a deeper understanding of the deep-seated connections that drive our decision-making."

Buyology was somewhat vague in the release on how it conducts its "neuro-insight." It should be noted that so-called neuromarketing firms -- relatively new arrivals on the market research front -- often use brain scans and facial expression to measure immediate response to goods and services. 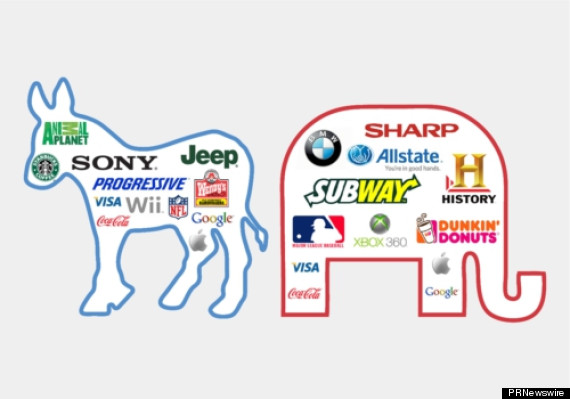