Democrats and progressives see lessons in the unexpected success of Britain’s Labour Party in this week’s snap election, and plan to use some of the winning strategies to make similar gains in the United States.

The Conservative Party of British Prime Minister Theresa May lost 12 seats in the election, while Jeremy Corbyn’s Labour Party gained at least 31 seats ― a surprise, given Corbyn’s unpopularity even in his own party. Democrats said that the British election shows a wave turning against the populism of Europe’s far-right, and that their party could win in the U.S. by running unabashedly on progressive positions.

Corbyn promised a range of progressive policies, including new taxes to pay for college tuition, a higher minimum wage, and nationalization of mail, energy and railways. His success shows that U.S. Democrats should run on what they actually believe, said Jeff Hauser, executive director of the Revolving Door Project at the Center for Policy and Economic Research.

“The conclusion from the U.K. election that I think is most obvious is that ... 1990s politics of error-avoidance and poll-testing each and every increment of communication strategy or policy is just over,” Hauser said in an interview. “The argument for sincerety-driven politics is really strong. I think you see that in Bernie (Sanders), you see that in Corbyn, you see that in the con from Trump, where his affect gave people the idea that he was saying whatever was in his heart.

“Argue for what you actually believe,” Hauser continued.

Neera Tanden, president of the progressive Center for American Progress, tweeted that British voters had sent a referendum to May based on her proximity to Trump.

Hey GOP, if Trump did this to Theresa May across the Atlantic, imagine what he will do to you. #winteriscoming

Tanden said in an email she was “kind of kidding” about Trump in her tweet, but believed the U.K. election showed nationalism in decline.

“I think the Tories’ limits and Labour’s gains are both a reaction to Trumpism ― Brexit in the U.K.; Trump in America ― and as importantly, a sign that progressive forces are gaining strength in the world,” Tanden said. “Brexit just passed a year ago with Labour in opposition to it and May lost seats yesterday. So I think it is both ― a reaction domestically to the xenophobic nationalism of the Brexiters ... as well as gaining strength for bold progressive alternatives.”

Howard Dean, former Vermont governor and chair of the Democratic National Committee, predicted a backlash to President Donald Trump reaction in the near future, similar to Britons’ Brexit misgivings.

Dean predicted Democrats would take control of both the House and Senate in 2018 ― an opinion he conceded is not widely shared in Washington ― for the same reason conservatives in Britain didn’t do well. Democrats would win, he said, because there would be a “reaction against the sort of extreme positions that Trump has taken.”

But Our Revolution, a Bernie Sanders-backed group, said the left’s success in the British election was more about embracing progressive policies than about Trump.

UK voters weren't voting against the US President; they came out to vote FOR progressive policies that build a better future for their kids. https://t.co/bcV9Et2BIe

Those lessons could have urgent significance to Democrats, still regrouping after losing the presidential election last year, even though there have been some encouraging signs in local contests.

“If Brexit was a preview of Trump’s rise, last night should show Democrats the roadmap they must follow,” Dan Cantor, national director of the Working Families Party, said in a statement. “The only way to beat phony right-wing racialized populism is with a bold anti-corporate inclusive progressive populism.”

That “visionary program,” Cantor argued, inspired young voters and “persuaded many anti-establishment voters that Corbyn had a plan to deliver change and he meant it.”

Running against Trump and for an ambitious progressive policy agenda aren’t mutually exclusive, Joe Dinkin, a spokesman for the Working Families Party, said in an email. In fact, they’re complementary.

“Trump has people energized to push for more and bolder,” Dinkin said. “People have a hunger for a transformative vision. And we’re also seeing that a bolder populism works as well.” 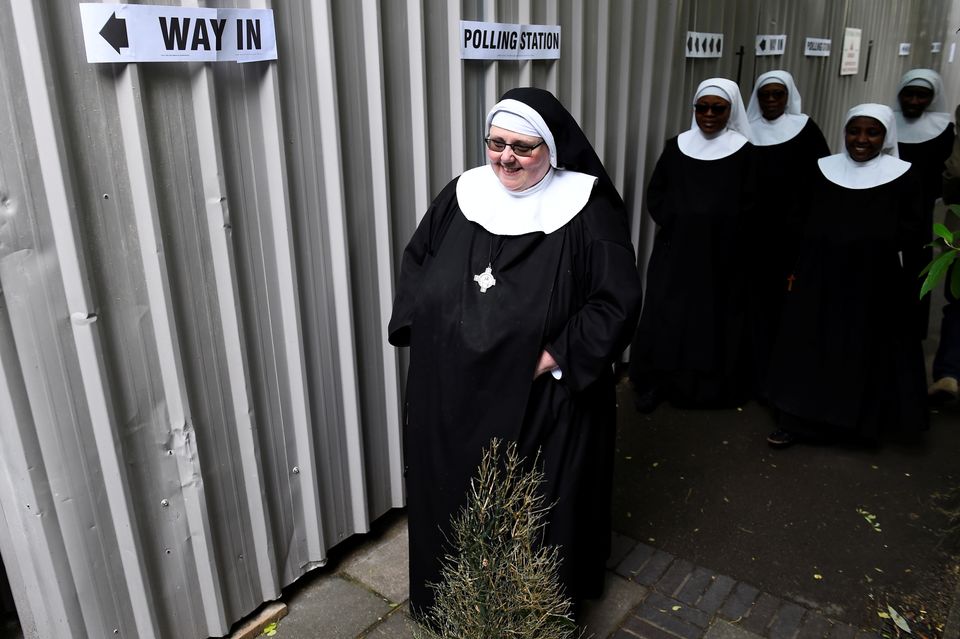