Denise Richards stepped out in California on Tuesday and the 42-year-old mom's figure had heads turning.

Richards' super-svelte frame was noticeable in a billowy sleeveless blouse and skinny jeans as she picked up her daughters from gymnastics class in Calabasas, Calif. She paired the casual look with a ponytail and flip-flops.

The actress's appearance certainly caught attention and some headlines even took note of Richards' physique. But in February, "Entertainment Tonight" host Nancy O'Dell revealed that Richards has always been fit and active.

"She has not changed her diet," said O'Dell. "She does Pilates four times a week for her health ... Now she's lifting baby Eloise and her arms are just more toned." She added, "I can vouch that the girl eats a lot. She's just naturally skinny. Her dad is too."

Even though the blond beauty is often photographed by the paparazzi, she isn't concerned about looking good for anyone but herself.

"When I exercise I never say I work out to stay thin -- I always use the words healthy and strong," Richards said in a 2011 interview. "I don't obsess about wearing makeup when I leave the house or looking a certain way. I often look frumpy in paparazzi shots because I may just throw myself together going to the park and soccer games."

These days, the mother-of-three is busy juggling family time and work on her upcoming ABC Family mystery series, "Twisted." 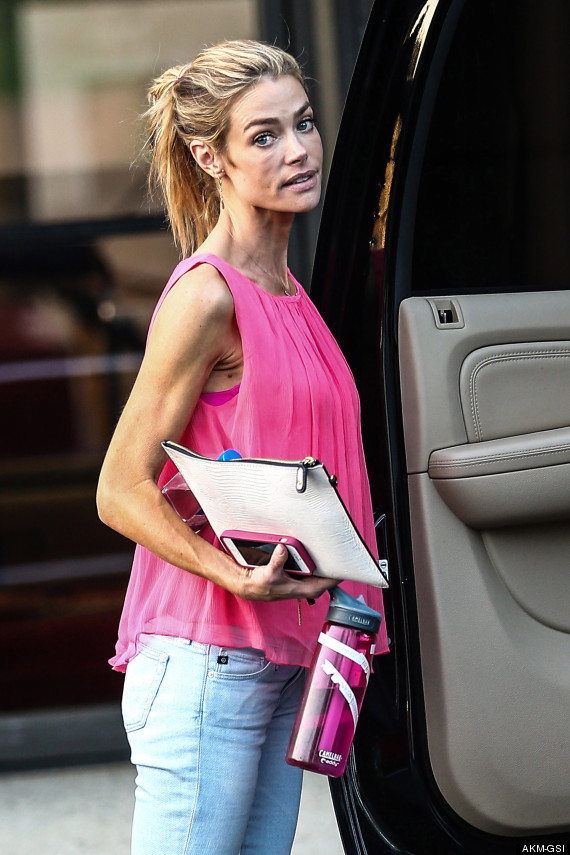