WASHINGTON/BEIJING, Jan 7 (Reuters) - Dennis Rodman, in a television interview on Tuesday, appeared to blame Korean-American missionary Kenneth Bae for his captivity in North Korea, the latest in a series of controversial comments by the former U.S. basketball star.

During an expletive-ridden interview with CNN about his fourth trip to the reclusive state, Rodman seemed to say that Korean-American missionary Kenneth Bae, held in North Korea since May 2013 on charges of crimes against the state, was responsible for his own situation.

Rodman brought a team of fellow former National Basketball Association stars to the North Korean capital, Pyongyang, to mark leader Kim Jong Un's birthday, which is believed to fall on Wednesday, though this has never been officially confirmed.

The games come just weeks after purge and execution of Kim's uncle Jang Song Thaek, who until then was one of the most powerful figures in North Korea. South Korean President Park Geun-hye has described recent events in North Korea as a "reign of terror."

Asked about Rodman's comments, White House spokesman Jay Carney told reporters, "I'm not going to dignify that outburst with a response," and emphasized that the trip was "private travel" that was not endorsed by the U.S. government.

"I'm simply going to say that we remain gravely concerned about Kenneth Bae's health, and continue to urge DPRK authorities to grant his amnesty and immediate release on humanitarian grounds," Carney said.

Rodman has faced both ridicule and harsh criticism for his trips to North Korea, which some U.S. politicians and activists view as serving only as fodder for North Korean propaganda.

But he defended his latest visit in the interview, saying it would help "open the door" to the reclusive state and was a "great idea for the world."

"This is not about me. If I can open the door a little bit, just a little bit," Rodman said. "It's all about the game. People love to do one thing - sports."

He also lamented the criticism his visits have drawn.

"It's amazing how we thrive on negativity. Does anyone know this guy's only 31 years old?" he said of Kim, whom he calls his friend.

"Dennis, he could be 31, he could be 51," said CNN interviewer Chris Cuomo. "He's just killed his uncle. He's holding an American hostage."

(Reporting by Doina Chiacu and Roberta Rampton in Washington and David Stanway in Beijing; Editing by Clarence Fernandez and Steve Orlofsky) 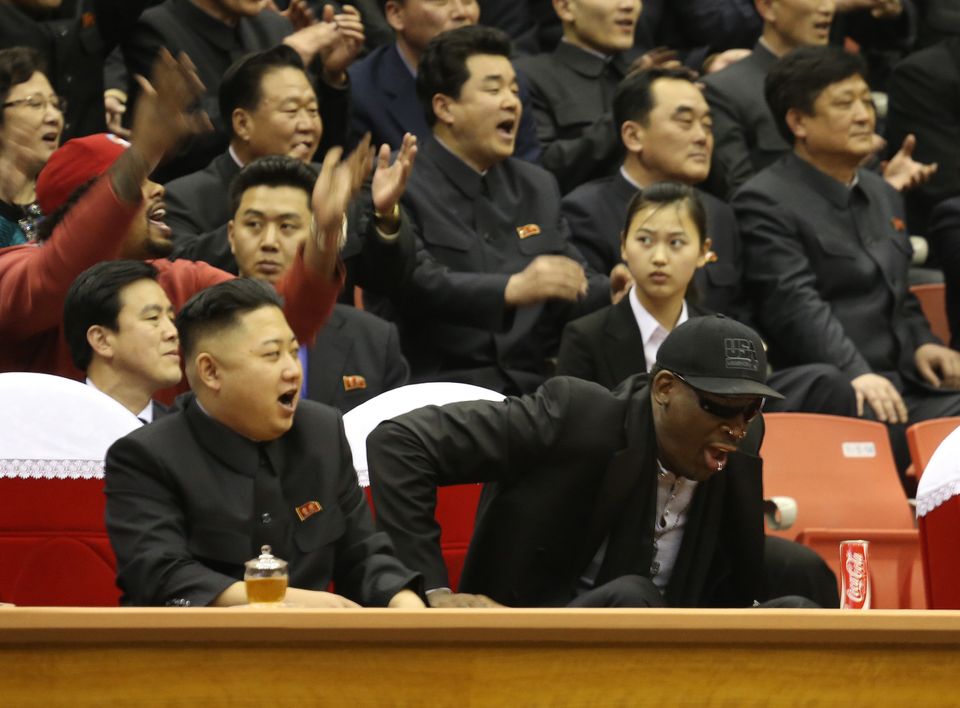