Dennis Rodman has staked his claim in the literary world before, penning four autobiographical titles, including 2005's "I Should Be Dead By Now."

But the Hall of Famer's newest work, "Dennis The Wild Bull," isn't the latest account of his raucous life, it may actually be a prequel -- written for children, TMZ reports.

Details on the children's book, which is slated to be released later this year, are minimal, but according to a website dedicated to the work, it will "convey good lessons to children based on Dennis’ own experiences as a world class athlete while overcoming obstacles as a child." Rodman teamed up with author/screenwriter Dustin Warburton and illustrator Dan Monroe to create the book.

The title, said to be dedicated to his own children, is being billed as a "step in the right direction for Dennis," according to his agent, Darren Prince.

Rodman's recent publicity hasn't favored his fatherly instincts. In May, he was sentenced to 104 hours of community service after being found guilty last year of four counts of contempt for failing to pay child support.

Earlier this month Rodman met his own father for the first time, Philander Rodman Jr., who he's been estranged from for 42 years. 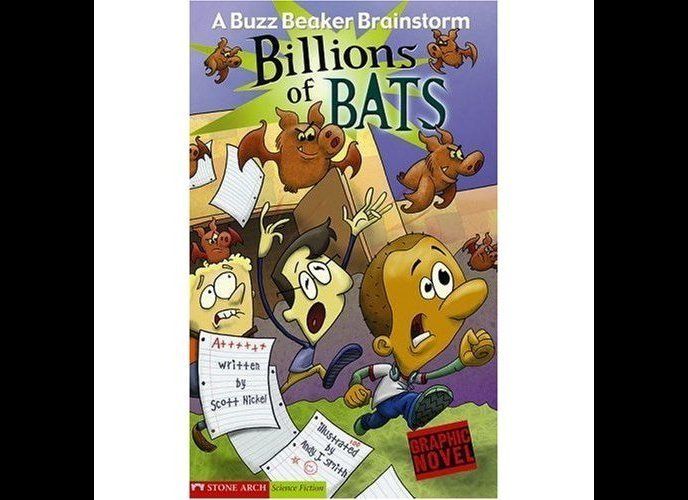 1 / 14
Billions of Bats: A Buzz Beaker Brainstorm by Scott Nickel
Buzz Beaker is a kid inventor who loves science, but sometimes his gadgets backfire. He also gets to save the day when others get into science-related trouble. This time, his girl-genius classmate Sarah wants to demonstrate her new cosmic copy machine to the school, but instead of one copy of a friend's pet bat, she gets a ton of them.