Tisa Hagerty wasn't trying to make a political statement when she put up the sign announcing that her husband -- dentist Curtis Hagerty, of Arkansas' Hagerty Family Dental -- doesn't hunt lions.

"We thought it was funny," says Hagerty, a hygienist and the person who came up with the brilliant bit of advertising. "And it's true. The dentist doesn't hunt lions. Or anything else."

While Cecil the lion's killer -- Minnesota dentist Walter Palmer -- is facing a defaced home, a shuttered business and possible criminal charges in Zimbabwe, Hagerty says she and her husband are enjoying a far friendlier response to their approach to the natural world.

So, you may wonder: What does this more-gentle dentist do for fun, if killing majestic animals isn't his bag?

Hagerty says her husband is a fan of several non-blood sports, including softball and college football.

He loves the Arkansas Razorbacks, and, in what might be seen as a big-game "ironic twist," Hagerty says, chuckling, "he's an Auburn Tigers fan."

CORRECTION: An earlier version of this story said Hagerty is a fan of the Arizona Razorbacks. The team is the Arkansas Razorbacks. 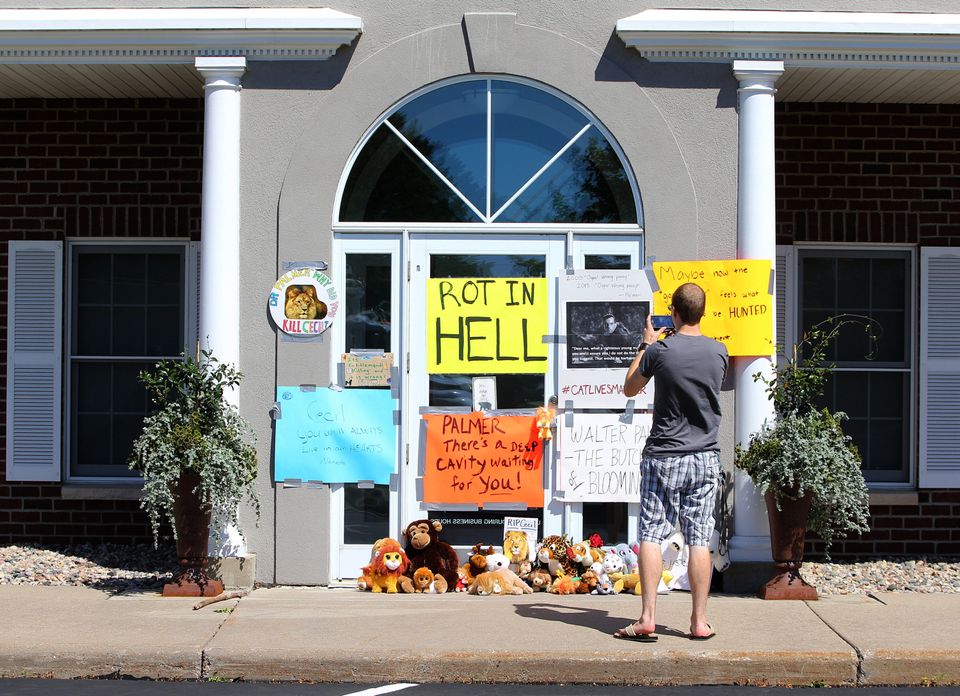