Does President Donald Trump have something in common with George Washington besides a job title?

Trump announces that the U.S. will recognize Jerusalem as Israel’s capital and all hell breaks loose between his tongue and teeth. #DentureDonald
Full episode: https://t.co/DJZoI9j8Yo pic.twitter.com/nCciSWuJJ1

He wasn’t the only one to notice:

🔥🔥Sooo this is interesting. Trump’s dentures are trying to escape his mouth as this speech is ending. Join the club dentures! Unbelievable. pic.twitter.com/QqYv7whxDF

I can’t stop laughing 😂 I thought he said United 🐍

“Have you ever seen Trump eat an apple or a pear or fruits or vegetables of any kind?” Noah asked. “Think about it: Fake teeth, fake hair, fake tan... there’s no part of his body that’s real.”

“His throat was dry. There’s nothing to it,” Raj Shah told the Los Angeles Times.

Quartz pressed Shah on the issue.

“Report whatever you would like to report,” Shah said. “This isn’t news.”

However, the issue sparked much discussion on social media, particularly after “The Daily Show” segment.

Noah wondered how Trump would feel if people began tweeting with the hashtag #DentureDonald.

Shout out to the WH employee who watered down #DentureDonald's polident glue today. 😂

Welcome to the resistance. ✊️ https://t.co/wkF4lHAEjw

.@realDonaldTrump what's up with the slurred words today? #DentureDonald

Cue the tweet tomorrow “Reports that I wear dentures are FAKE NEWS. 4 out of 5 dentists say I have the best teeth. The other one says he’s never seen great teeth like mine before.” #DentureDonald 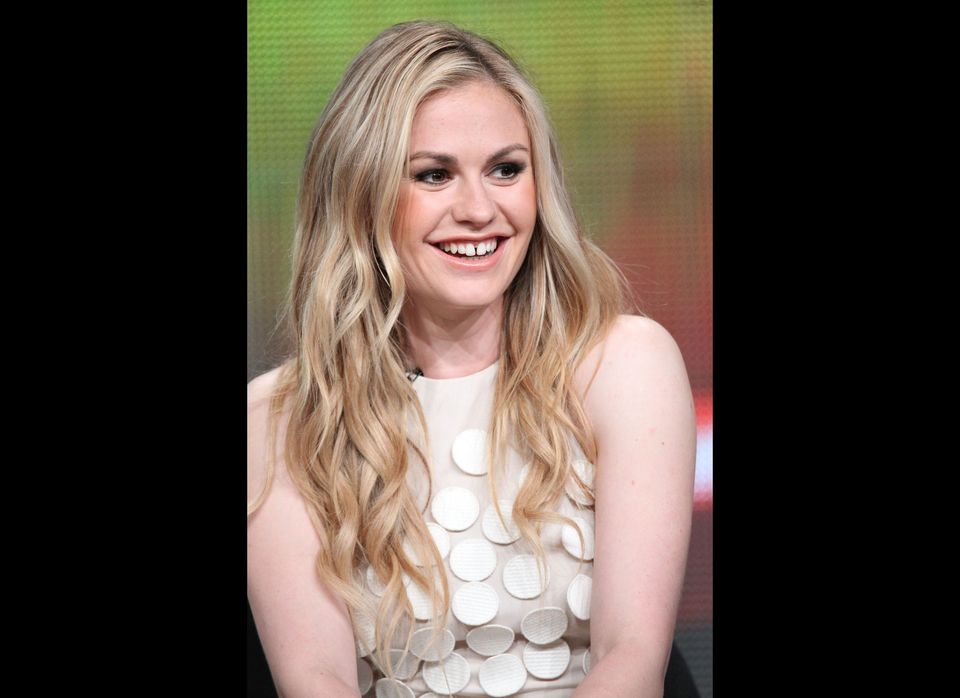 1 / 10
Anna Paquin
It's apt that the actress has found fame on the show "True Blood" -- a drama that, when you think about it, is really a lot about teeth. Because what we love about Paquin is her refusal to have that gap in her wide, warm smile closed up. <a href="http://www.thefrisky.com/2011-07-05/beautiful-imperfections-what/" target="_hplink">We agree with Winona Dimeo-Ediger over at The Frisky</a> who wrote: "She is a conventionally beautiful woman, yes, but that little 'imperfection' sets her apart from the sea of similar faces gracing magazine covers today."
Getty