For some reason, recent UFO reports over Denver still have legs, or antennae, depending on your point of view, belief or personal bias.

In early November, FOX TV affiliate, KDVR presented a series of videos, taken by an anonymous source, which purported to show UFOs buzzing around, maneuvering up and down, right and left at dazzling speeds -- all allegedly not visible to the naked eye, only by video after it was slowed down.

Theories, including alien ships, military drones and insects have buzzed around the Internet in the past few weeks, and oddly, there still seems to be a mystery surrounding the identification of these objects -- despite the fact that, upon first glance, the videos appear to show flying bugs. 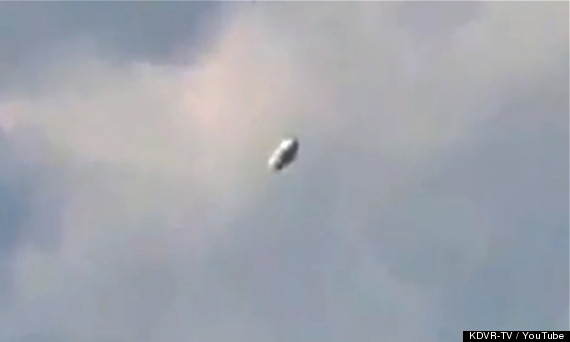 "I watched their video and slowed it down, and it took me a good three hours to get through it at the speed I was playing it," said Bryan Bonner, co-founder of the 15-year-old Rocky Mountain Paranormal Research Society. "It seems to be a combination. Yes, there are bugs, but there are some obvious birds in there, too. You can see wings flapping."

Bonner and his team approach their investigations of things like UFOs, Bigfoot, ghosts, psychics and urban legends with a totally skeptical focus.

"We've branded ourselves as paranormal claims investigators. A lot of people go in and look for UFOs. Well, not much research can be done when you've already decided what's there," Bonner told The Huffington Post.

"This Denver case is a great example. If I went in knowing that those were UFOs in the video, I shouldn't have even bothered going down there. But if I go in there with a completely open mind, a little critical thought goes a long way. We just want the truth," Bonner said.

When the story first broke, KDVR news reporter Heidi Hemmat presented videos reportedly shot from a hillside looking toward downtown Denver. Even though she said the alleged UFOs were "flying too fast to see with the naked eye," nobody seems to have asked the basic question: If that's true, what, in fact, was the anonymous videographer doing there in the first place? What was his original motivation for bringing his video equipment to that location? Did he have a premonition that told him he'd be able to videotape UFOs if he showed up every day?

Watch the KDVR-TV news report update about the Denver UFOs

KDVR also presented an aviation expert, Steve Cowell, who said he couldn't identify the strange objects on the videos, and Hemmat suggested that Cowell didn't think they were bugs.

Then, KDVR did a follow-up report: "Insect Expert: UFOs Over Denver Not Bugs; Images On Video Remain A Mystery."

Entomologist Mary Ann Hamilton was brought in to look at the videos and told KDVR, "This is a toughie. I've never seen anything like this. After watching the various shots, I would have to say no, I do not believe it's an insect."

Hemmat told her audience that people had suggested she go back out to the field where the UFOs were originally videotaped, take two cameras and triangulate the shot in order to finally determine if the objects are insects or something else. But it's not known if the news staff has attempted that technique.

In his Bad Astronomy blog on the daily Slate web magazine, astronomer and skeptic Phil Plait said flat out, "Those aren't UFOs. Those are bugs. Insects flying around in front of the camera. Insects that can hover, change direction, zip away. Insects that look like blobs because they're close to the camera ... Insects which were lit by the sun so they flash a bit when they change direction."

But how does Plait really feel about all of this?

"I know: UFO means Unidentified Flying Object, and since no one could identify them, these are by definition UFOs. Except they aren't. They're insects."

Bonner's Rocky Mountain Paranormal Research Society was one of the first groups that actually went to the field early on where the UFO videos were shot.

"The 'UFO' people were very offended because we showed up with a bunch of HD cameras, still cameras, insect and bird identification books and a bug net," Bonner said. "People were like, 'Seriously, you're bringing a bug net?' And we said, 'Yes, because we think that's probably what it is, so we're gonna look.'"

The group's website clearly shows the types of insects it found out there, and how it visually experimented with a fly to determine if it could be mistaken for a UFO under the right photographic conditions.

When he contacted KDVR to offer his opinion on the bug theory, Bonner said he wasn't received with enthusiasm.

"We called them and apparently they were offended because we told them it was bugs. I think they want somebody that will come in and confirm that it's not bugs. Because it would make them look really silly if we come in and tell them we've pretty much proven what this is."

Bonner also has some advice to others interested in exploring the Denver UFO-bug mania.

"Anytime there's a report of any bizarre happening, don't just take it at face value. Use some critical thinking, go in and investigate it and find out what the facts are."

Whether the Denver UFOs are insects or truly unidentified, check out these other odd ones