The paper I love to hate, The New York Post, shouted: "City Principal Is Revolting: Tied To 'Intifada NYC' Shirts."

A group of fanatics insisted that T-shirts with the word "Intifada," sold at an Arab Heritage event in Brooklyn, were linked to the principal of the Khalil Gibran International Academy (KGIA).

First, there is something in America called Freedom of Speech. Second, the T-shirts had nothing to do with the school. Third, even I -- born and raised in Ohio -- know that "Intifada" is an Arabic word which literally means "shaking off."

Wikipedia notes that it is "usually translated into English as uprising, resistance or rebellion. It is often used as a term for popular resistance to oppression." I won't even argue the appropriateness of teen behavior - weren't you ever a teen? 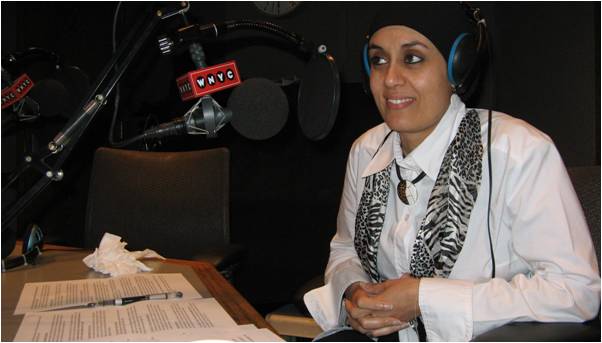 The EEOC has ruled the DOE forced Khalil Gibran International Academy principal, Dr. Debbie Almontaser, to resign due to anti-Arab and anti-Muslim critics.

The extremists pushed until the former interim acting principal, Dr. Debbie Almontaser, was fired. I thought at the time it was obscene.

It issued a Determination in which it finds that the Department of Education (DOE) forced Dr. Debbie Almontaser of the Khalil Gibran International Academy (KGIA) to resign in order to appease her anti-Arab and anti-Muslim critics.

The Commission ruled that, in demanding Debbie's resignation, the "DOE succumbed to the very bias that the creation of the school was intended to dispel, and a small segment of the public succeeded in imposing its prejudices on the DOE as an employer."

"This is a stunning and important vindication of what Debbie and her supporters have been claiming all along--that the Department of Education succumbed to anti-Muslim and anti-Arab prejudice, committing a terrible injustice and sending a dangerous message about the ability of voices of bigotry and hatred to determine which public schools get to exist and who should lead them," said educator and writer Paula Hajar.

The Commission also held that Debbie was the victim of discrimination when she subsequently applied for the position of permanent principal.

It was "clear," the commission held, that, when she applied, she was not evaluated on the basis of her credentials, noting that the DOE had announced before Almontaser's application was ever seen "that she would not be considered" for the position.

"I am delighted by the EEOC's Determination, a step on the road to justice for Debbie Almontaser. It is high time for the DOE to admit that it has done her a terrible wrong. Her good name and reputation deserve to be redeemed," said Rabbi Ellen Lippmann of Congregation Kolot Chayeinu, one of the signatories of the letter from Jewish leaders in support that was sent to the Mayor and Chancellor last year.

Commenting on the Commission's finding, Alan Levine, one of Debbie's lawyers, said "Debbie Almontaser was victimized twice: first, when she was subjected to an ugly smear campaign orchestrated by anti-Arab and anti-Muslim bigots, and second, when the DOE capitulated to their bigotry.

"But the bigots didn't have the power to take her job away. The DOE did. To its everlasting shame, the DOE did the bigots' work. Now the EEOC has reminded us that it is the responsibility of government to stand up to the forces of discrimination, not to give into them," Alan said.

In a letter accompanying its Determination, the EEOC has asked the DOE to consider Almontaser's demand for reinstatement and an award of damages.

When Debbie was forced out two and a half years ago, I was devastated. Our worst fears were being realized -- of being marginalized, of being second class politically.

What made it particularly galling was that it targeted the very person who had devoted so much of her career to reversing the 'otherness' that the Arabic community has so often suffered in this city.

And frankly, it seemed insane. I couldn't imagine how responsible people: the mayor, the UFT head, the DOE, could be so easily -- and suddenly -- sucked into the thinking of the smearers.

This new EEOC ruling is a breath of sanity -- a wonderful victory for Debbie and for everyone who values diversity and fairness.

Donna Nevel, representative from the Center of Immigrant Families to "Communities in Support of KGIA," wrote me:

The Department of Education (DOE) has shown continued disregard for low income and families of color and has created a school system that privileges some over others.

Its behavior with regard to KGIA and Debbie Almontaser reveals, once again, an imposition of decisions and policies that are most certainly not in the best interest of ALL our children and communities.

The EEOC Determination is a victory for all those fighting for justice in our public education system.

The DOE has contended from the beginning that ethnic and religious prejudice had nothing to do with its treatment of Debbie Almontaser, and that she resigned voluntarily from her position at KGIA.

Those contentions were examined by the EEOC, the country's foremost anti-bias agency, and they were flatly rejected.

If the DOE is unwilling to remedy its wrongdoing and work with us to reach a just resolution of Debbie's claim, we are confident that a court will come to the same conclusion as the EEOC.

Mona Eldahry, of Arab Women Active in the Arts and Media (AWAAM), told me:

The EEOC determined that the Department of Ed. indeed discriminated against Debbie Almontaser on the basis of her race, religion, and national origin.

This determination recognizes that there were two other Arab applicants to the position of Permanent Principal, and that all applicants "had major school management experience ranging from Assistant Principal to Principal, but the chosen candidate had none."

The Commission urges the Department of Education to reinstate Debbie Almontaser as Principal of the school.

We all watched the Department of Education capitulate to anti-Arab racism, but to have it proven officially is something else. The EEOC's determination is not just about Debbie Almontaser.

It is one of many small steps toward justice in employment and education for immigrant communities, communities of color and other marginalized communities.

Distinguished Professor of Psychology at the Graduate Center of the City University of New York, Dr. Michelle Fine, wrote me:

As you might guess, educators "K" thorough 12 and in higher education are delighted by the EEOC decision.

This decision is not only a strong vindication of Almontaser and all educators who believe in freedom of speech, but with this decision, the EEOC sends a clear message to the DOE that Tweed can no longer threaten, silence or punish those educators, communities and youth who want to re-claim education for all of the children of New York.

This is a great victory for educational democracy.

Dr. Debbie Almontaser simply believes that all cultures should be available to children in New York City. I agree.

That is why the organization I founded, Orphans International Worldwide (OIWW), was charted to be Interfaith, Interracial, International, Intergenerational - and, of course in this day and age, Internet-Connected.

It is for this reason that I was pleased to present to Debbie two weeks ago one of the 100 Orphans International Worldwide Global Citizenship Awards for Helping Humanity.

Mahatma Gandhi, one of the international role models I chose ten years ago for our children globally, once said: Think of it: Justice will always triumph in the end. 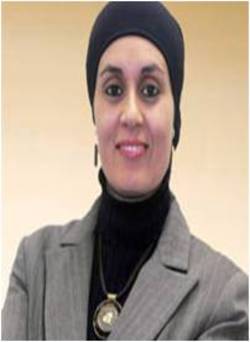