A Mississippi sheriff's deputy was about to be dragged to his death when his quick-acting canine came to his rescue, authorities said.

Hancock County Sheriff's Deputy Todd Frazier was attacked by three men who beat him and sliced him with a box cutter after Frazier stepped out of his car to investigate a suspicious vehicle on the evening of May 18 in Pearlington.

Lucas, a black Belgian Malinois, sprung into action. The dog attacked the three men, biting two of them before they fled in their Lincoln Town Car, authorities said. 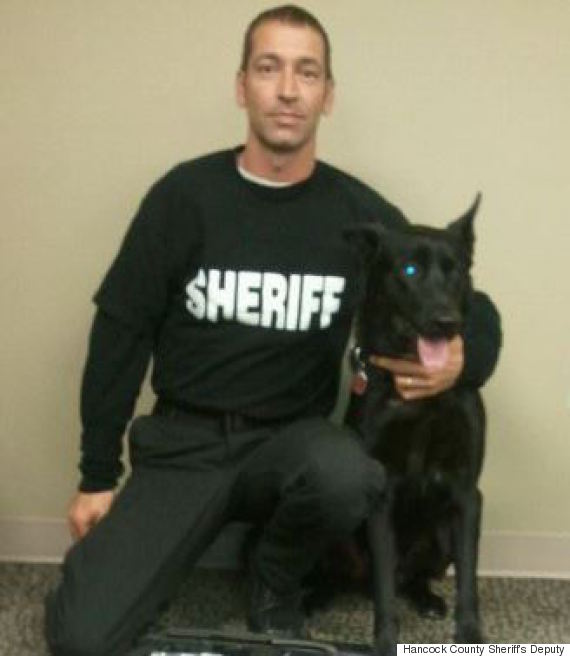 "He's doing fine," Adam said, referring to Frazier. "We want to make sure he's all right all the way mentally and physically before he comes back [on duty]."

As for Lucas, Adam said "he's in worse shape" than Frazier, but is still expected to recover soon.

Lucas suffered chipped teeth and an injured shoulder from hanging on to one of the suspects in the car as it was pulling away, Adam said.

The three suspects are still at large, Adam said.

"Every lead we're getting, we're chasing it to the end," he said. "We've had quite a few leads from the public and other jurisdictions as well and nothing has panned out. But we're steady on it every day."

Anyone with information on the case is asked to call the sheriff's department at 228 255-9191.