Roughly a decade ago, billionaire Warren Buffett pronounced derivatives, or securities based on a contract between parties, "financial weapons of mass destruction," saying they carried "potentially lethal" dangers within them.

Still today that derivatives market appears as daunting as ever, especially thanks to Oto Godrey's Demonocracy.info, an economic infographic site. In fact, if the nine banks with the largest derivatives holdings turned them into piles of cold hard cash, most said holdings would stack higher than the headquarters of the corporations they belong to.

All told, the nine banks seen below, including Goldman Sachs, Bank of America, and JPMorgan Chase, own $228.72 trillion worth of derivatives. That's just a little off from topping the total U.S. debt 15 times over!

Click on any of the images below to go directly to Demonocracy.info:

As something of a key, here's what money looks like when stacked: 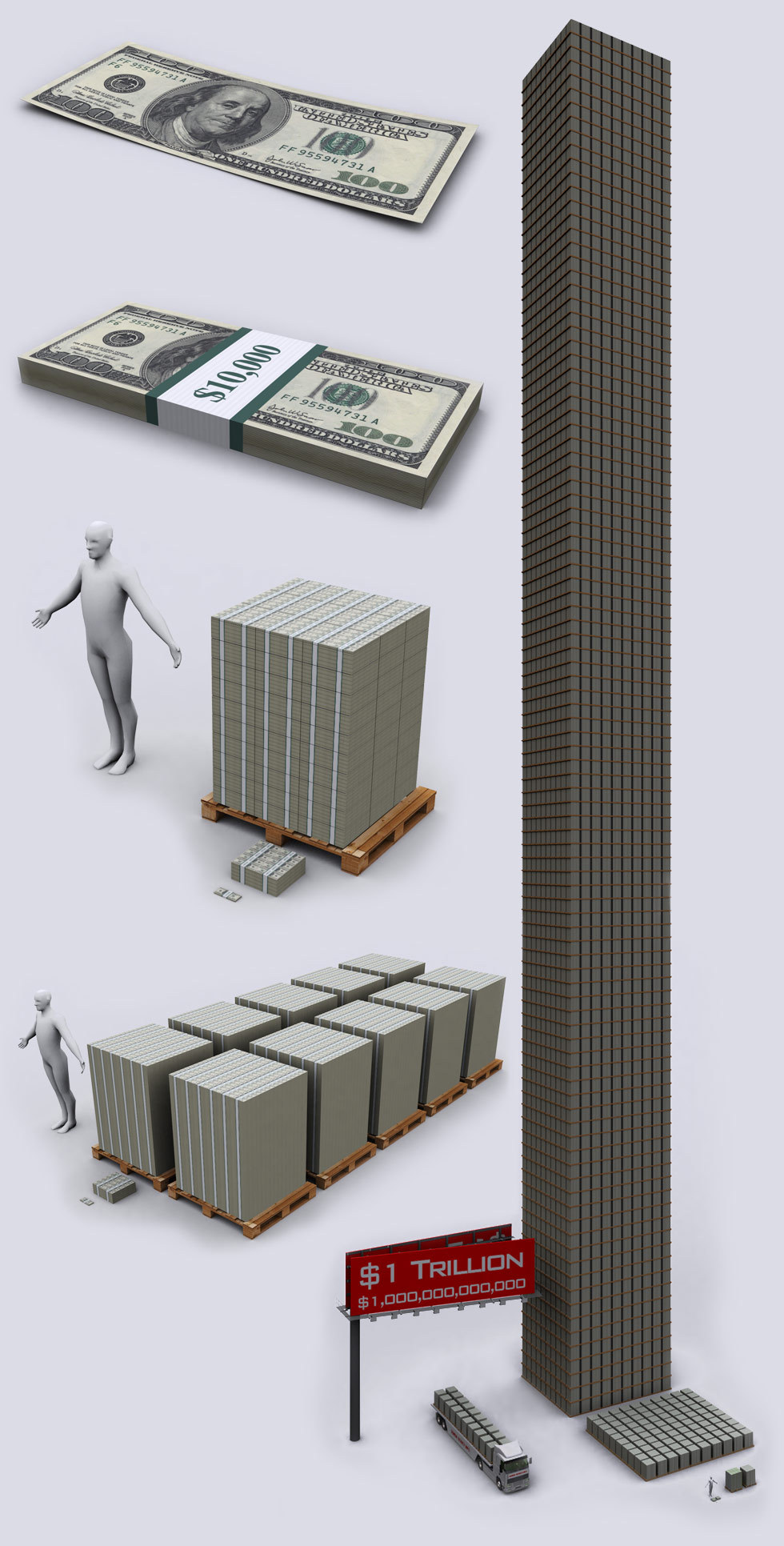 Now, onto the banks. 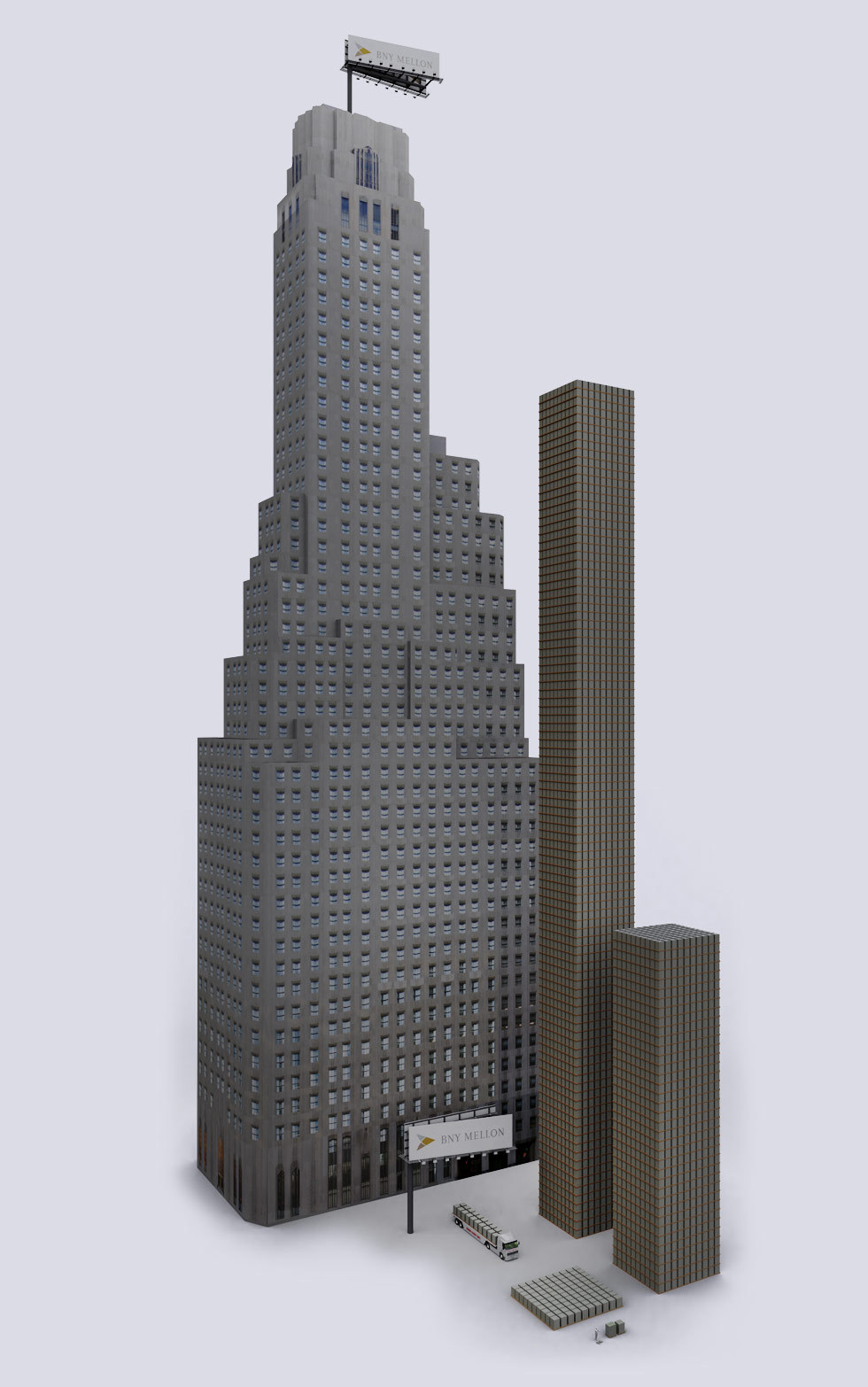 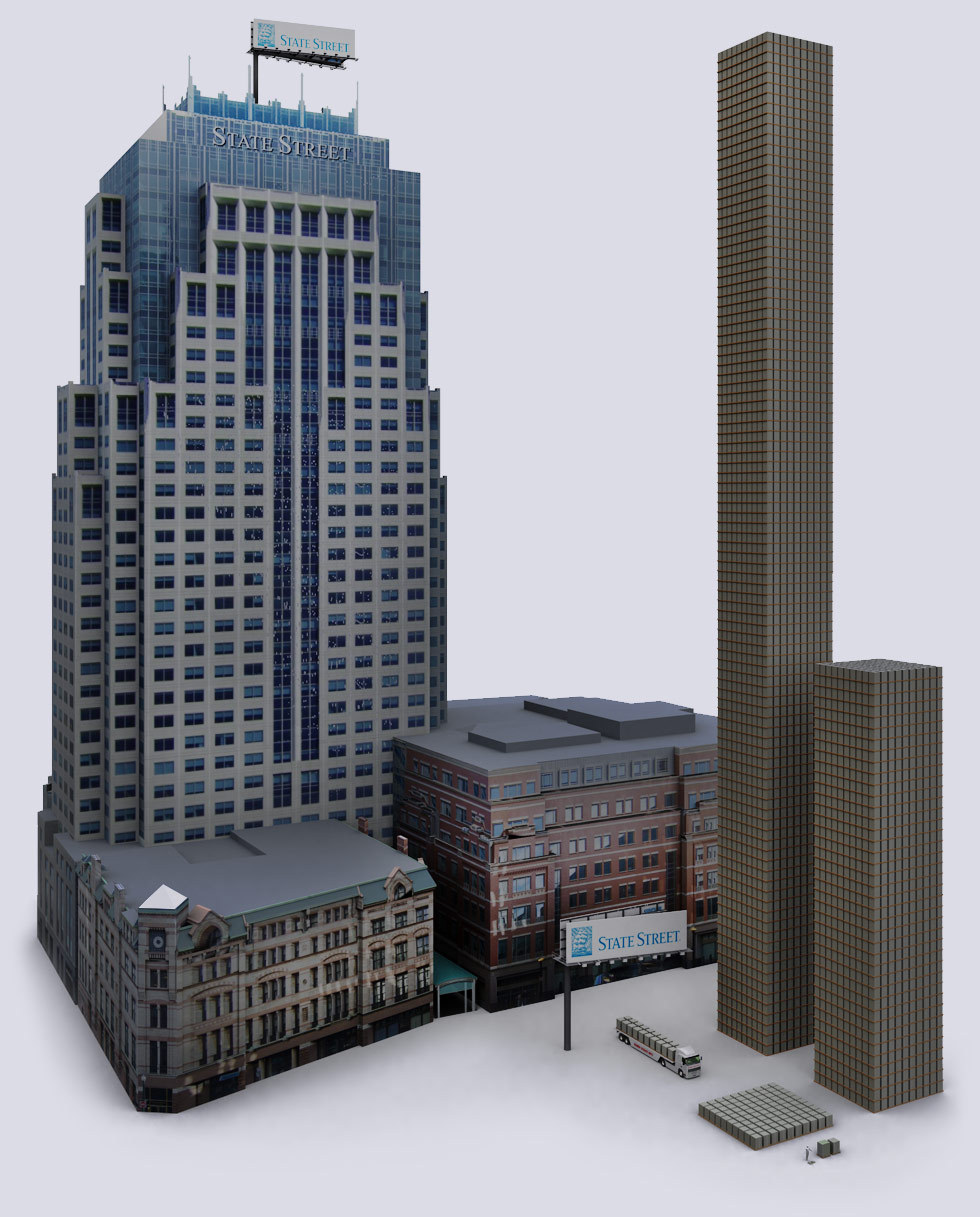 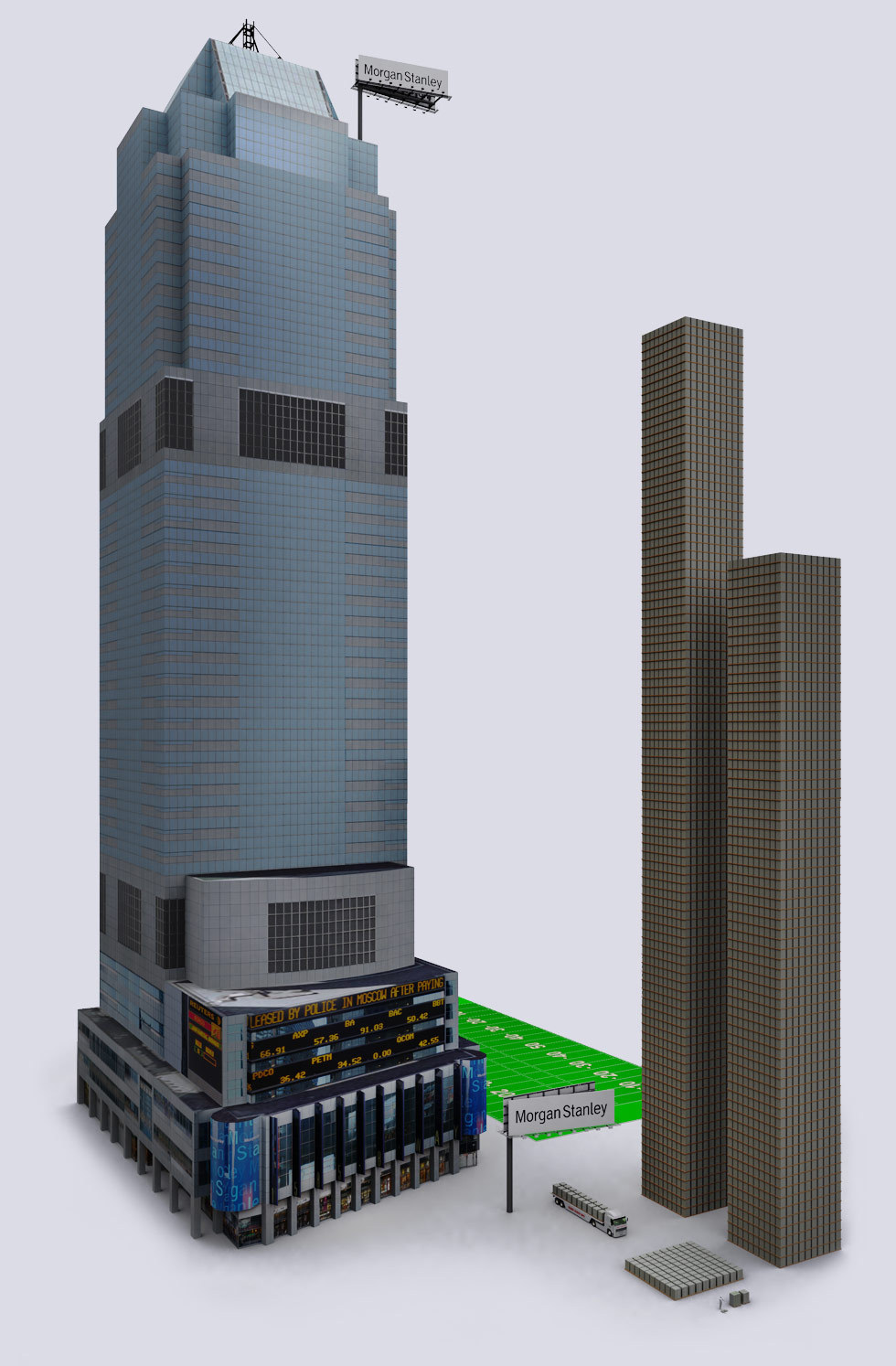 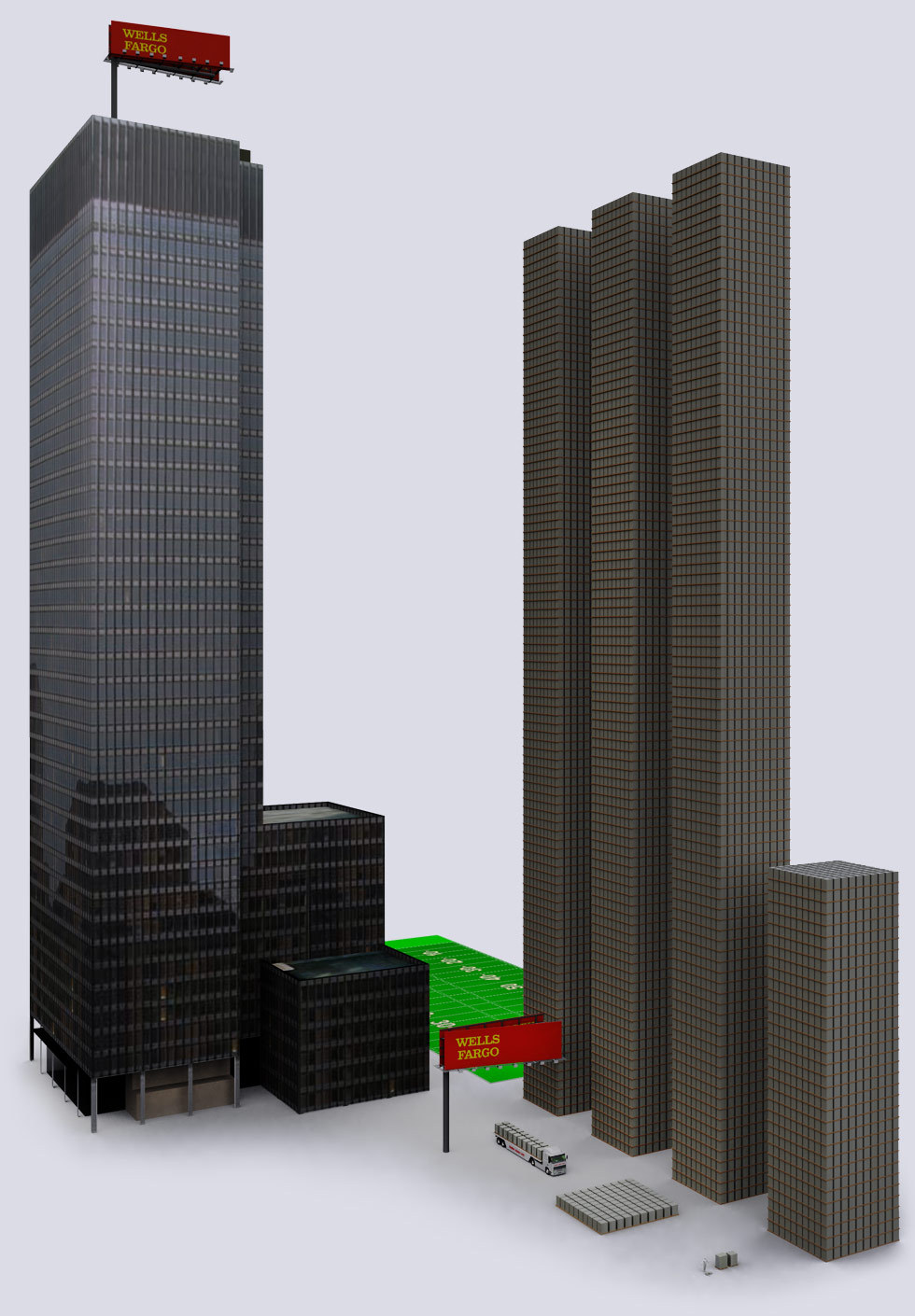 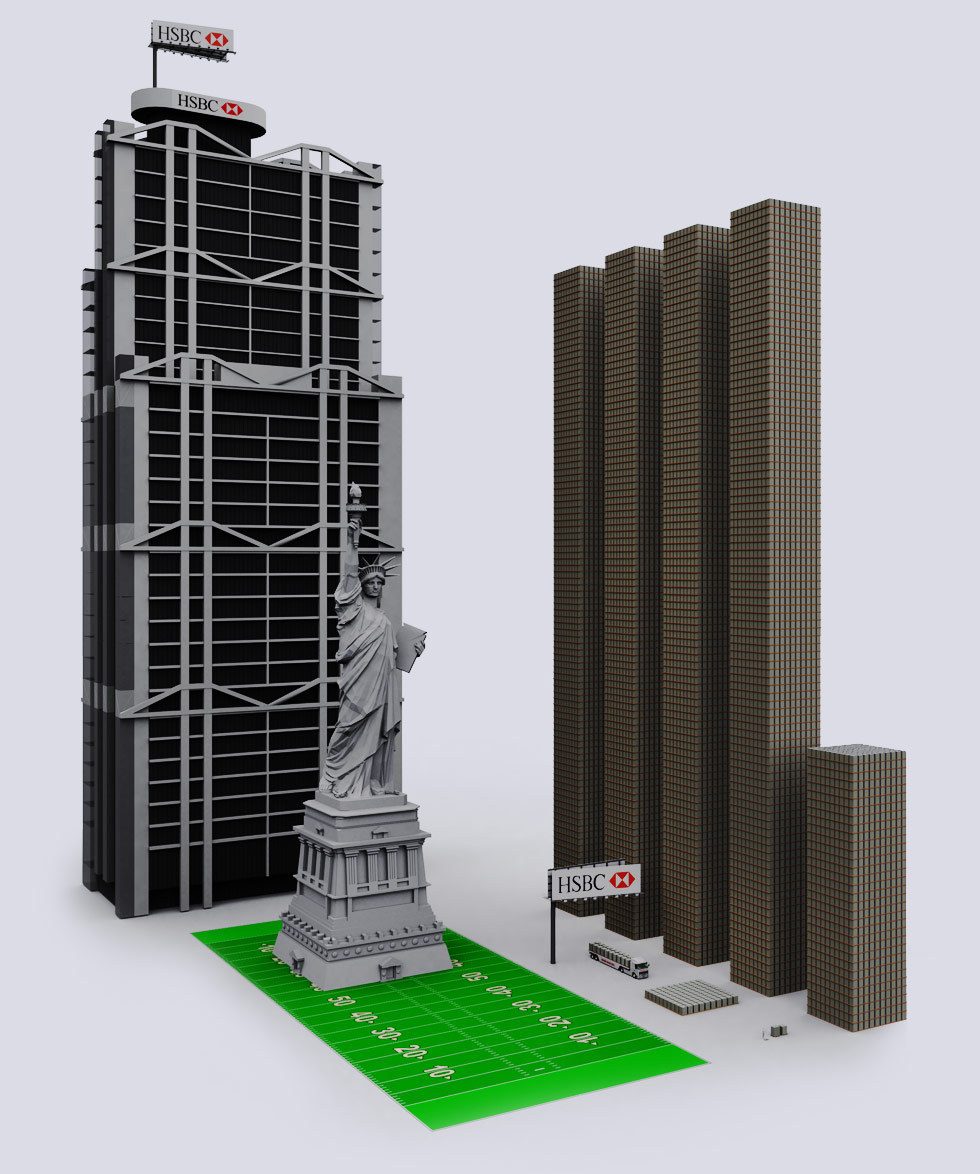 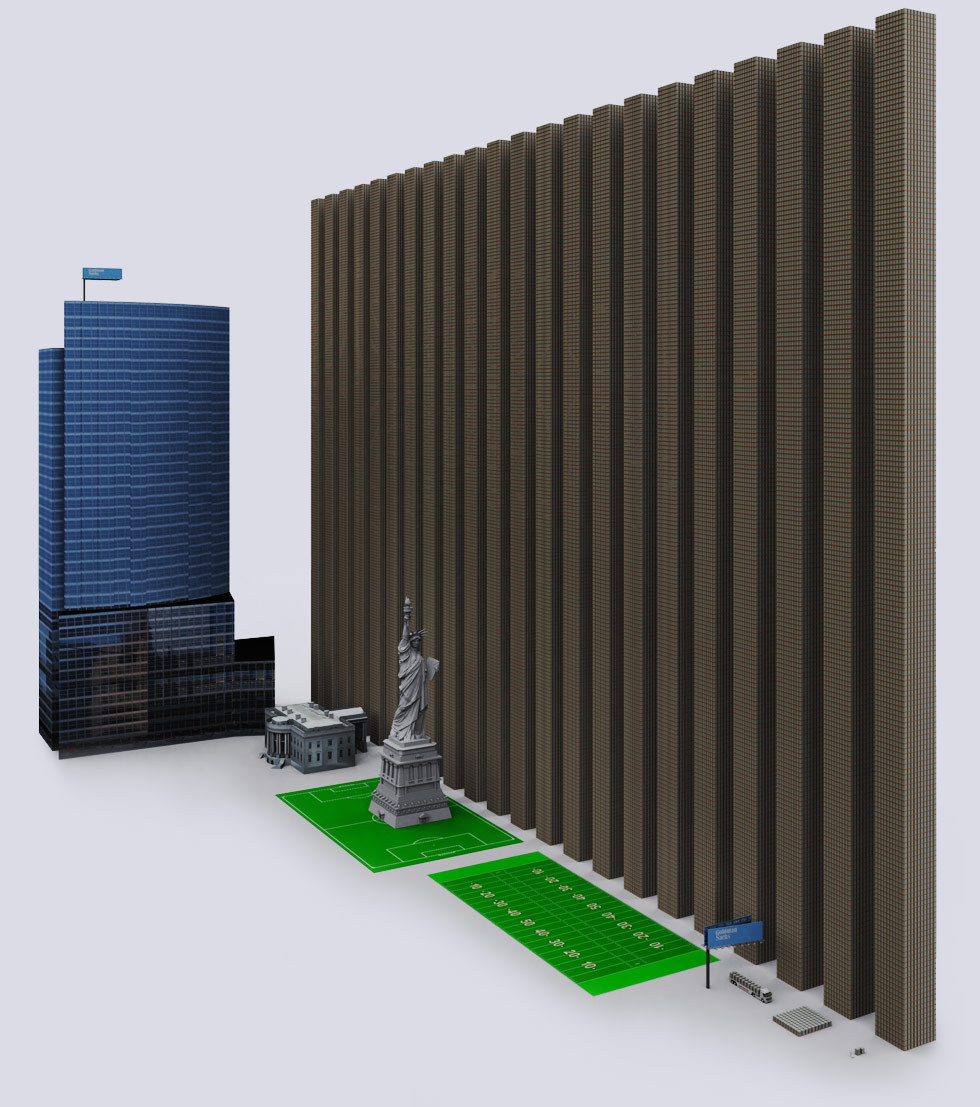 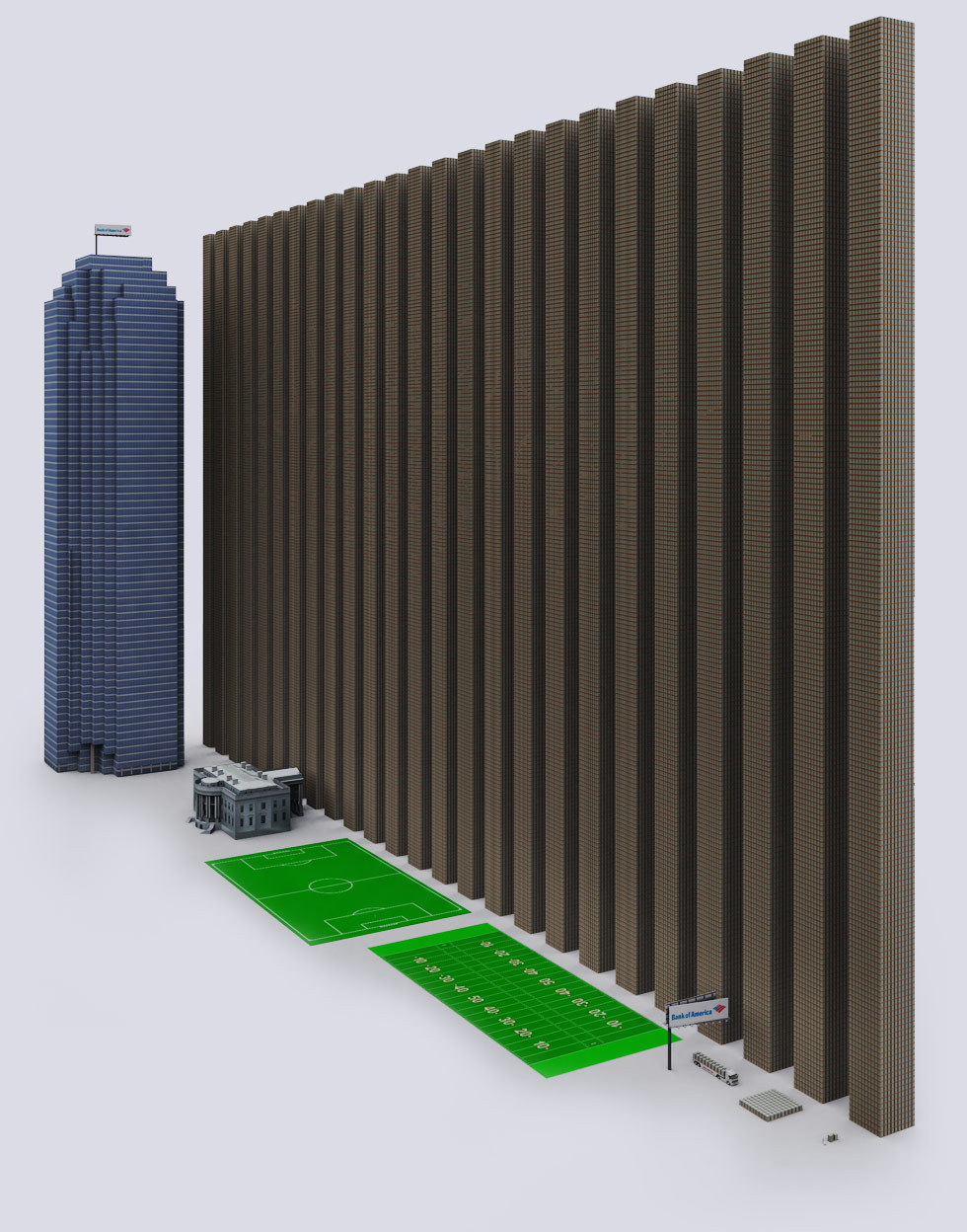 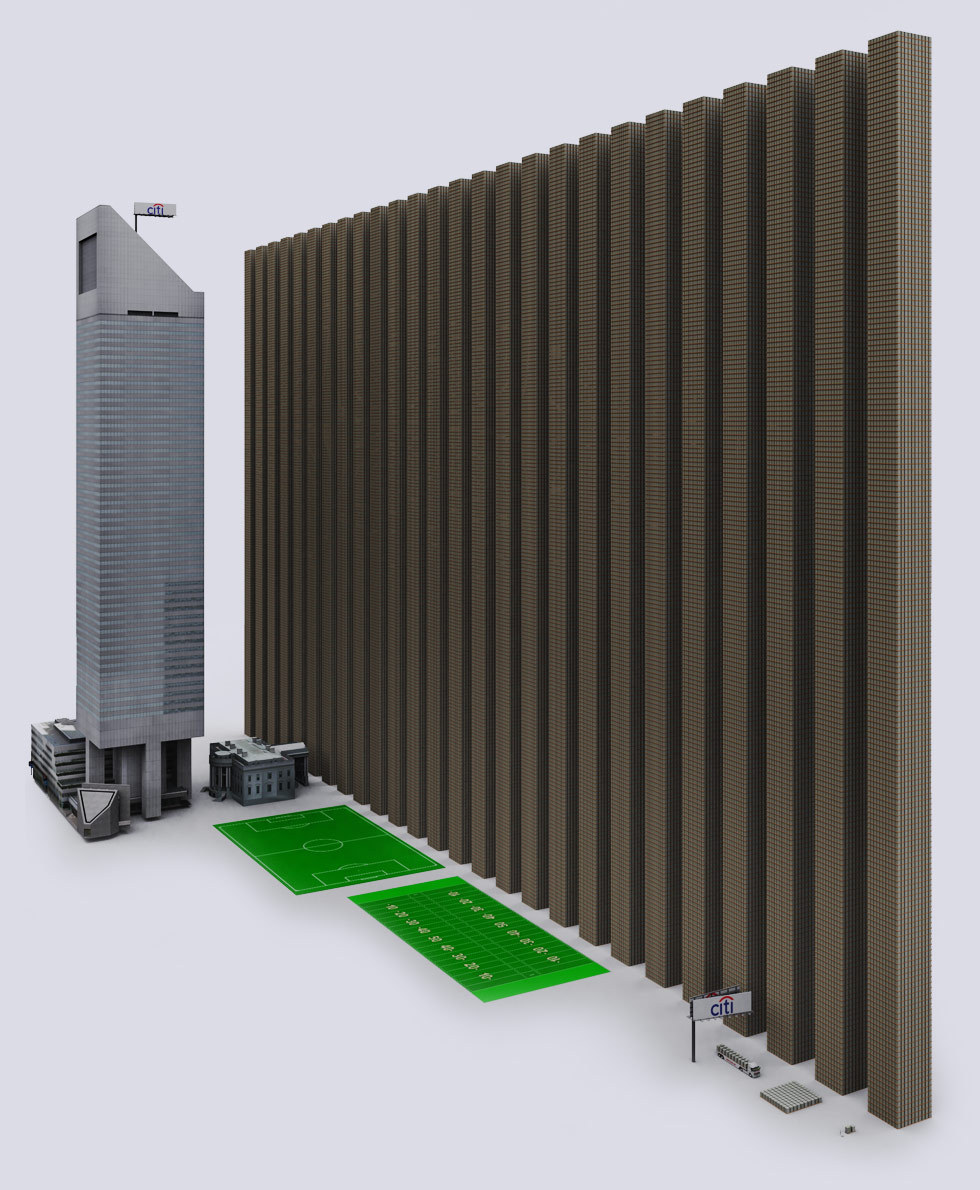 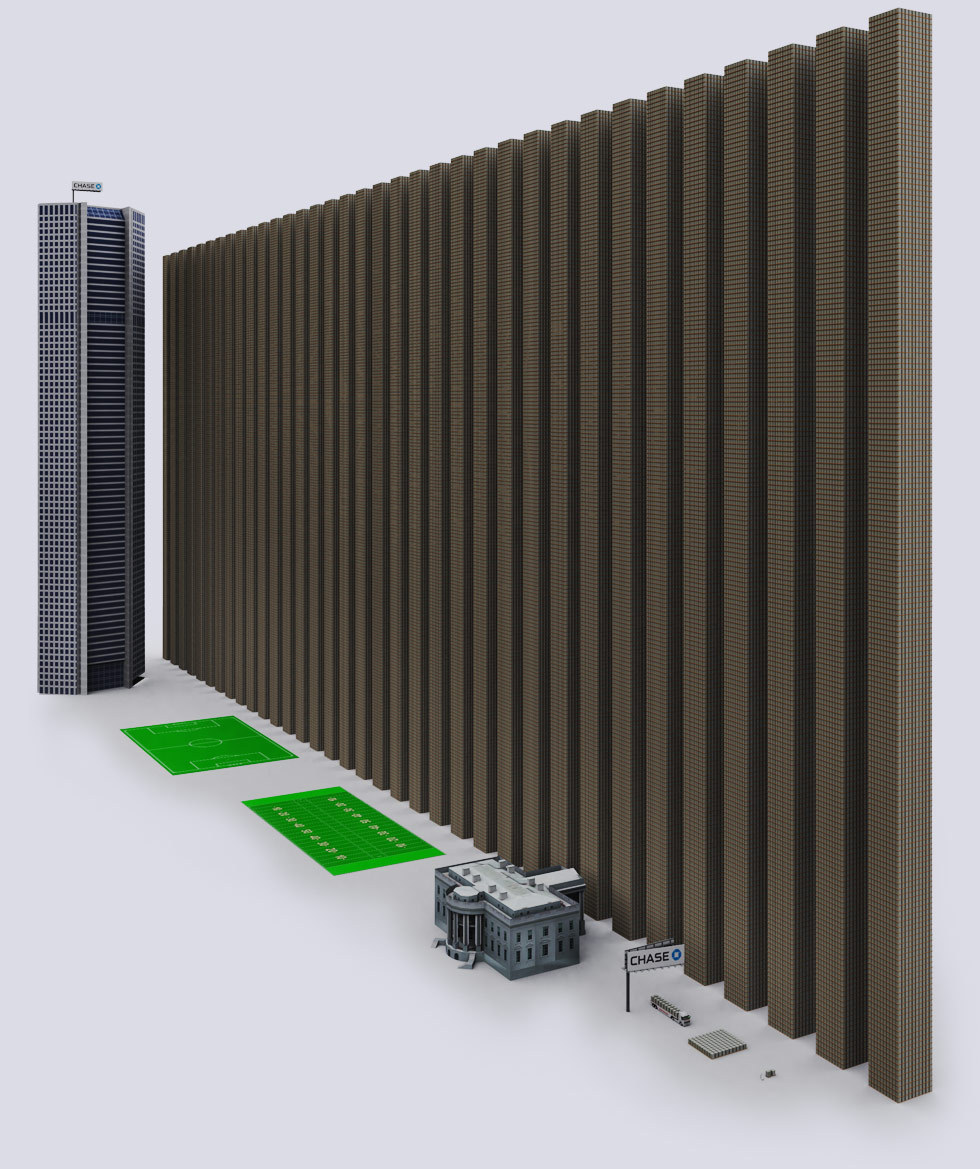 Holdings of the nine banks combined 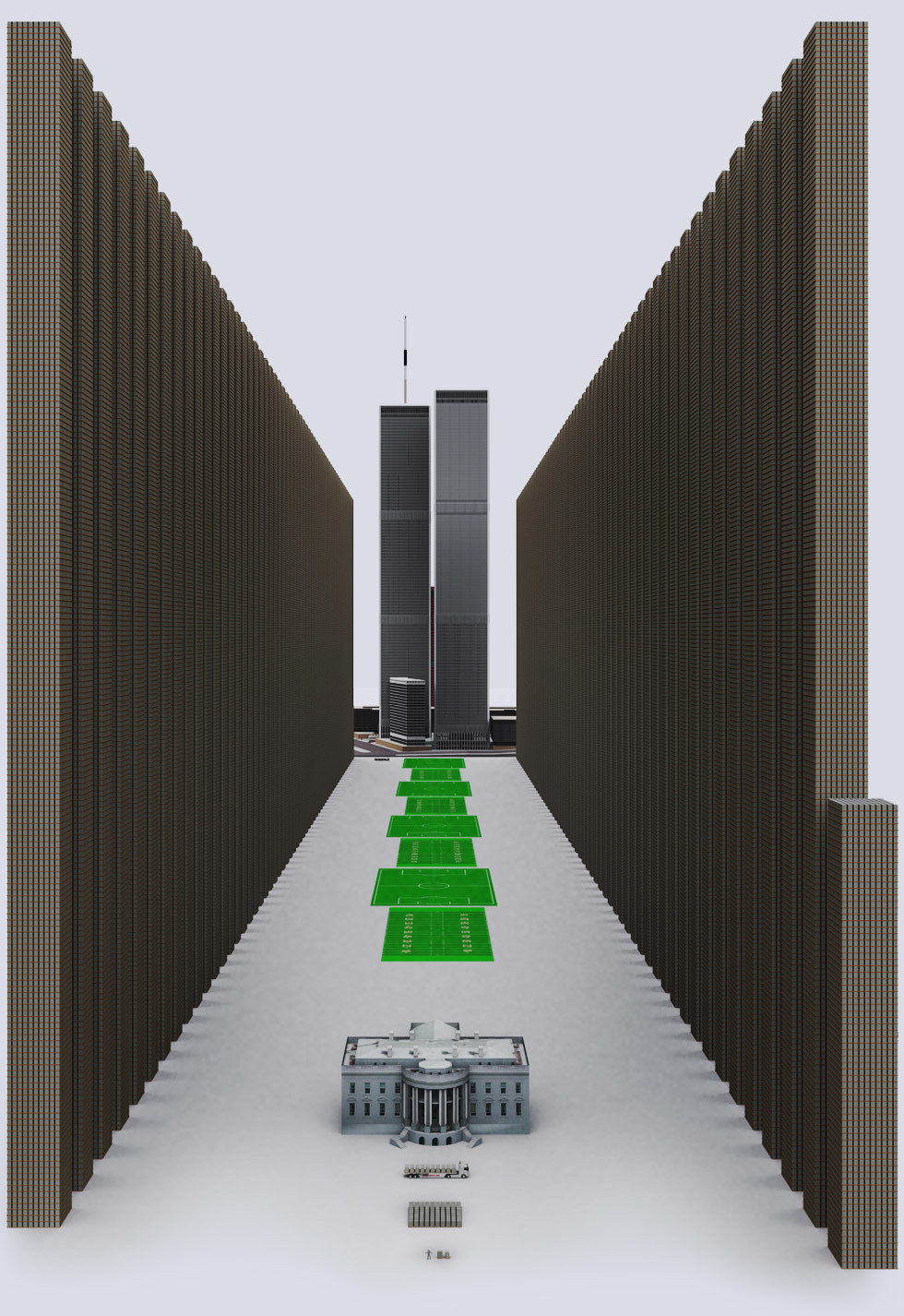