The 84th floor, 3,102-square-foot unit is located in the 92-story Near North Side building, which other high-profile athletes, including Chicago Blackhawk star Patrick Kane, also call home.

The unit offers panoramic views of the city, including both the river and Lake Michigan, and Rose reportedly fell in love with the space during a three-week stay at its hotel last summer, according to Jonathan Tuttle with @properties.

"It's definitely an unbelievable feeling just being up there," Rose told Crain's Chicago Business of his new purchase last week. "The view is nice and I don't take it for granted. It's a blessing."

Rose, who financed the purchase with a $1.7 million mortgage, is now waiting for furniture before moving in. He also reportedly is planning to purchase the one-bedroom unit next door, knock down the wall between them and expand his space into a bigger, more open-floor plan.

Late last year, Rose signed a five-year $94 million contract extension with the Bulls. Last month, he signed one of the most lucrative athletic endorsement deals in sports history -- a "lifetime" contract with Adidas that could be worth $200 million over the next 13 years.

The Trump Tower is Chicago's second tallest skyscraper, according to the Chicago Tribune. 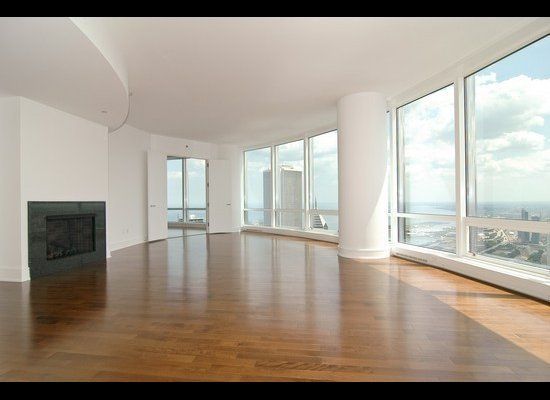