UPDATE: The countdown is over and all has been revealed: The organization behind the provocative ads is the Lung Cancer Alliance and the campaign's site now includes information on lung cancer, including how you can donate to them as well as resources and support for those affected.

---------
Are you a cat lover? Crazy old aunt? Genetically privileged, tattooed, smug, or a hipster?

Then one ad campaign thinks you deserve to die. At least… that's what it seems like.

The mysterious — and confusing — viral ad campaign started popping up on pay phone banks all over cities around the U.S. last week, from Seattle to New Orleans, and it's got some people up in arms.

"If they really have a deeper purpose or point, they should say it instead of hiding behind something like that," one woman said.

According to a KVAL in Seattle, some posters around the city have been torn down.

"It's more the words than the images themselves, for sure," notes another man.

Posters have also reportedly been ripped down in Chicago by angry passerby.

"Nobody deserves to die; come on, that's a hell of a statement," one man told CBS Chicago.

The campaign's website includes a slideshow of the images, along with a vague message alluding to something coming.

"Every year over 160,000 lives are lost to a deadly disease. They didn't ask for it, but many people seem to think they deserved it. This disease doesn't discriminate. It affects almost all of us and it's showing no signs of slowing down. So what is the killer? You'll find out soon enough."

Below the message is a clock ominously counting down. Currently there are just over two days until all will be revealed.

KVAL notes that though there are little details on the site, the number of people who die matches those for the number of lung cancer deaths in the U.S. Further research reveals that this is also the approximate number of heart disease deaths for people between the ages of 35 and 64 and stroke-induced deaths as well.

What do you think the campaign is for? Do you think it's over the top? Tell us in the comments section

'Deserve To Die' Ads: Mysterious Posters Popping Up Around U.S. (PHOTOS) [UPDATE]
Who &quot;Deserves to Die&quot;? 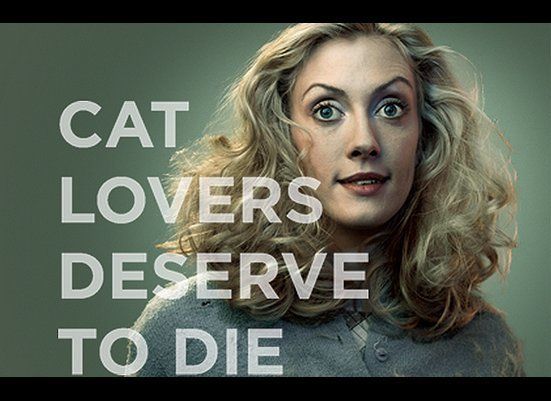