On a 2012 medical mission trip to Belize City, Belize, Alden Ramsey of the eponymous Alden Skirts looked at the over 100 families crowding the city hospital and found herself wondering. Many of these families had traveled days and nights to receive treatment from doctors who volunteered with nonprofit World Pediatric Project (WPP), an organization that provides medical care to critically ill children in developing countries.

The majority of the mothers Alden saw in the hospital were single parents. She asked herself, "Can these women both financially support their families and be caregivers to their sick children?" It seemed like an impossible task, and the answer for many was no. After contacting WPP's local coordinator and asking if any of these single mothers had sewing skills, she was introduced to Ana Vasquez.

Ana was an unemployed single mother who had a teenage daughter, Celine. Celine had been diagnosed with spina bifida--a rare condition requiring highly specialized medical treatment and numerous lengthy trips to hospitals for surgeries. Ana had been let go from her two previous jobs because of the incredible amount of time needed to care for her daughter. She needed a job with flexible hours that would allow her to support her family both as a caregiver and as a breadwinner. Alden wanted to help. 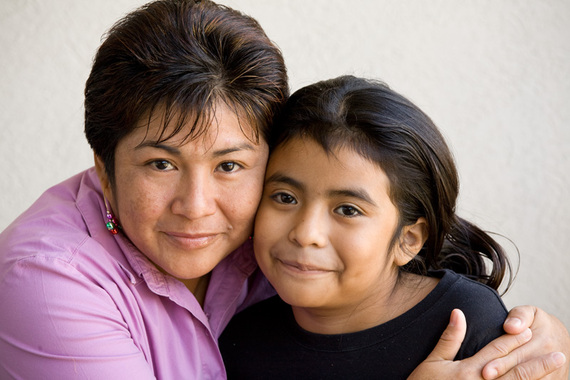 One year later in Ana's hut in Orange Walk, Belize, Ana and Alden worked on a rented sewing machine to design the first Alden Skirt prototype. From that first skirt in 2013 grew the social enterprise Alden Skirts. Each skirt is created by a single mother like Ana who is caring for a child like Celine. In addition, a portion of Alden Skirts' profits go to WPP to support their continuing treatment of critically ill children.

Above, Ana speaks about her life, Alden Skirts, and her daughter's health. Here is a brief preview of Ana's interview:

"I am so proud and happy. It has changed for the good and a lot. I have 3 beautiful daughters- 2 in high school. Thanks to Alden Skirts, I can send my daughter to school. I'm paying 2 school fees with Alden Skirts. I am so happy. I had been so stressed before on how to pay my fees. So I feel stressless now. Thanks to the good Lord to give me this opportunity that I found these good people."