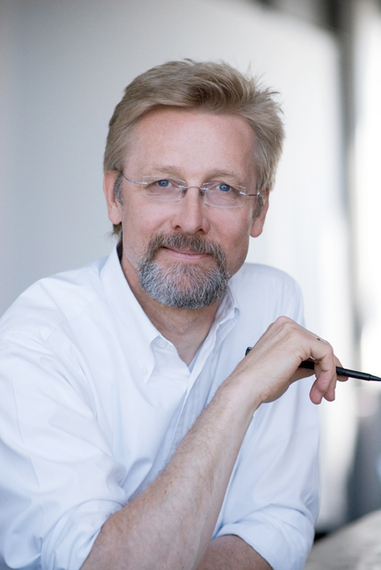 More than any other car designer, Chris Bangle understands how to create breakthrough innovation. Often controversial, he has been the 'lead dog on the sled team,' exposed to the cold arctic wind of public opinion. At the end of the day, the most sincere form of flattery has been the competitor's that have copied BMW Group's design.

During Chris' presentation at Art Center, he shared seven heuristics or rules of thumb for creating innovative design. This is the first of three articles covering design heuristics, leading creatives and designing breakthrough innovation.

"You have to shoot your own dogs"
" 'Shoot your own dog' refers to dispatching -- permanently -- a beloved pet/servant when it has turned -- as if it had contracted rabies. It is not a job to delegate; you (as the "guardian" of this "dog") have to face up to the facts and deal with it. The referred to "dog" being the dogmas and tropes we rely upon and use as car designers. In my talk, I then demonstrated how these tropes have the dangerous ability to limit us and that every designer needs to confront this unpleasant and inconvenient reality and dispatch with them.

"The fox is pretty because the fox has a pretty tail"
"I learned this proverb in Italy from Paolo Ornato, my architect. He used it to explain the expectations that come with me setting up a business in this rural area. This maxim says that while it was fine for me -- Chris the clever fox -- to be successful and make money and all that, it was almost more important that this success somehow makes the 'tail' -- everyone around me from my family to my associates to the neighbors and the businesses and shops and restaurants and hotels -- 'beautiful' as well. If they are not "pretty" then neither am I. I like the implied sense of "in your own interest" that acts as a motivator; it is not just about thinking locally, it is about being a good neighbor and valued member of society."

"Altogether it would be more impressive if it flowed the other way"
This is attributed to Oscar Wilde as he tried to work up enthusiasm for seeing Niagara Falls for the first time. I apply it to any condition or design in which I fail to see the appeal; particularly if the designer is overly proud of it or those around me think it is something inordinately special.

"Not A or B, but A and B"
"Here, I am referring to a set of choices that are often posed to the designer as 'either A or B.' I prefer to have both alternatives listed simultaneously, especially if it entails re-negotiating our premise of just what an 'A' or a 'B' should be and what they mean to us. If you can manage this trick, there is always an unexpected benefit that comes with it: as in a 'C' or 'D' that reveal themselves."

Why - How - What (SUSTAINABILITY)
"This philosophy is at the heart of all we do at Chris Bangle Associates (CBA) and is, I think, behind all successful innovative exercises and holistic products. I use a pyramid to explain how the totality of the things or services a company (or a designer, a project, or even an industry) creates relates to its processes and culture.

At the bottom of the pyramid are all those things that make up the 'What' in the equation. They, in turn, are just a physical manifestation of the 'Hows' (next higher level in the pyramid) and 'Whys' (top of pyramid) of all their doings -- the processes and objectives that make up the "culture".

You must begin a new project at the top of the logic pyramid with the 'Why'; all the ' Hows' are contained within it and all the 'Whats' themselves contained in the 'Hows'. It is simple; you cannot make things ("Whats") without the ability to do them (the 'How') or the reason to do them (the 'Why') -- even if to others it may look stupid or foolish (we are speaking here of a logic pyramid; not corporate hierarchy) -- and you had better be clear on those issues first.

If you begin a project by working up from the bottom you will be starting at the wrong end -- with the nitty-gritty details before you have clearly understood why it is you are doing it at all ("because we can" is a lousy reason). You risk winding up lost in a pyramid that shares similar details at the lowest "What" level but, in reality, has different goals and methodologies -- you are climbing up the logic chain in another culture with another set of ways "How" and reasons "Why." Then things can go really wrong, because the intentions you had for processes and motivations do not match and any attempt at "holism" will fail. There are lots of cars that look like they have suffered this misdirection."

MAYA (advocating an aim toward breakthrough innovation to provide a long term competitive advantage)
"Raymond Loewe introduced the MAYA concept, which is 'Most Advanced, Yet Acceptable'; saying a product created at the boundaries of acceptability will have a longer lifetime because it stays fresh longer. That is a long-term competitive advantage but not about breakthrough innovation per se. Rather, it is an admission that customer-acceptance defines success in the commercial world and you have to stretch that acceptance for all it is worth to get the most out of an innovative design."

Are there any additional rules of thumb that you wish to include?
"It depends on the audience. Managers who are not designers but are saddled with getting the most out of this "black-box" called Design need a different set of guidelines than designers themselves. I ask them to reflect on why they need designers at all (particularly in-house designers) and that the care and feeding of these creatures requires a heavy dose of love to offset the frustration of keeping them under control. Sort of like having a dog, actually, in that, if you don't love the dog then cleaning up after it is a real pain."

"Designers are just trying to keep from being steamrolled under the corporate juggernaut and could use some insights to put it in perspective. I advise them to think of a company as if it were a living, breathing person -- full of the same anxieties and exhibiting the same sorts of neurosis that make people strange -- so they can get their heads around the strategies needed to prosper and survive within it."

"The observing and buying public is perhaps interested in the hidden motivations and unwritten rules at work, but all parties could use help reflecting on just what it is they want from Design; especially in fringe categories like Car Design."