Last week, I visited the Institute of Design (also known as the d.school) at Stanford University. Stuart Coulson, an adjunct professor at the school took me and my colleague Claire Lee around and gave us a little information about the school, its origins and what it was doing.

I learned a few things I didn't know. The d.school isn't really a part of the University itself. It's an independent organization in the school that students can take part in and get add-ons to their degree. The school is also using a $100 million grant to build micro-design and innovation centers all over the world. They are working in Africa pretty intensely, where Microsoft BizSpark will be in October at DEMO Africa. 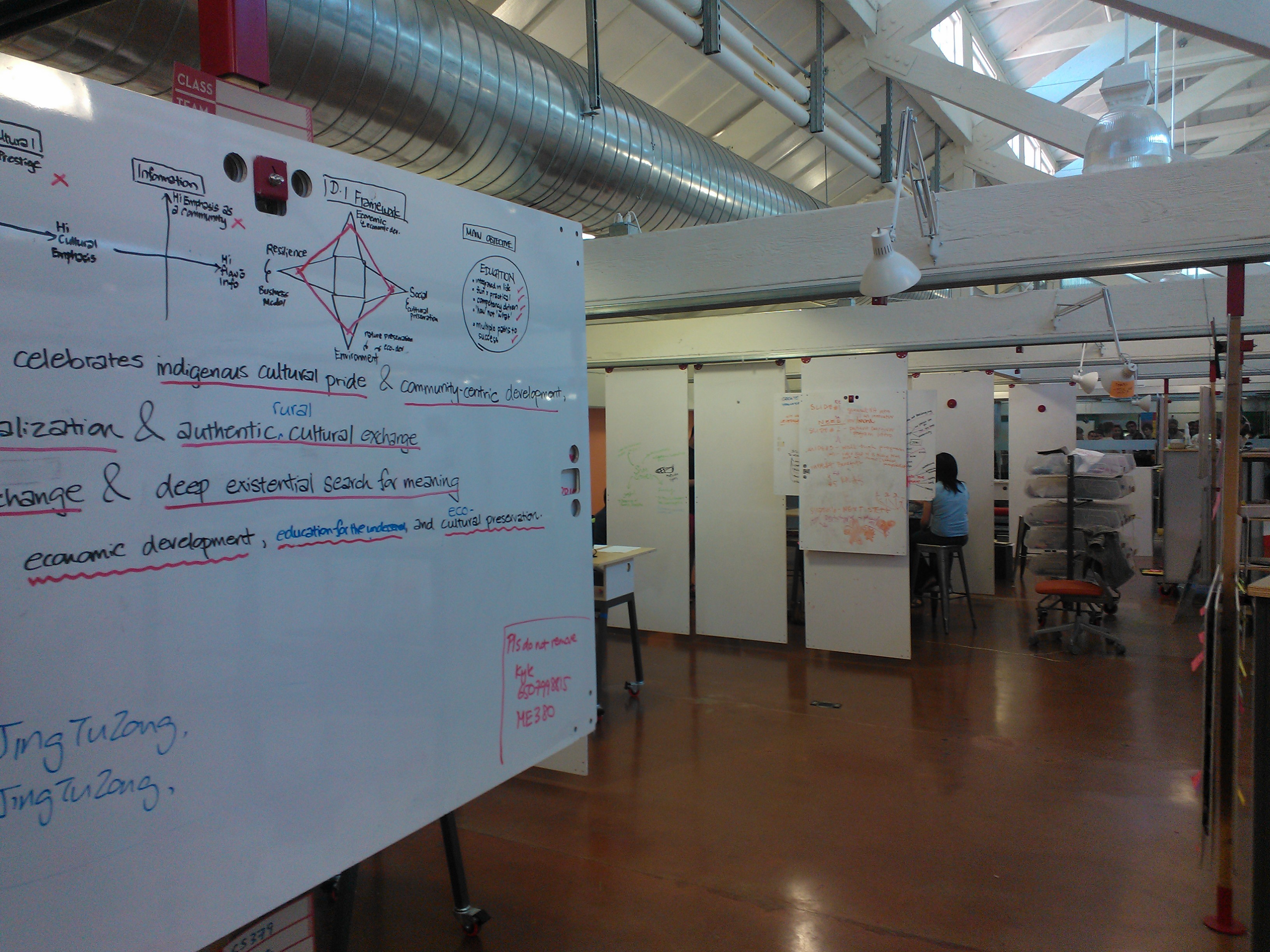 Inside the second floor design studio, I found a white board shown above. I have been looking at that phrase written across the bottom, written down by a student trying to figure out a design thesis.

Making Something so Someone Can Experience Life

On June 7, five teams will be presenting their design solutions to what will probably be a capacity crowd at the Palo Alto Campus. They are part of the Entrepreneurial Design for Extreme Affordability class where Claire and I visited with Stuart. 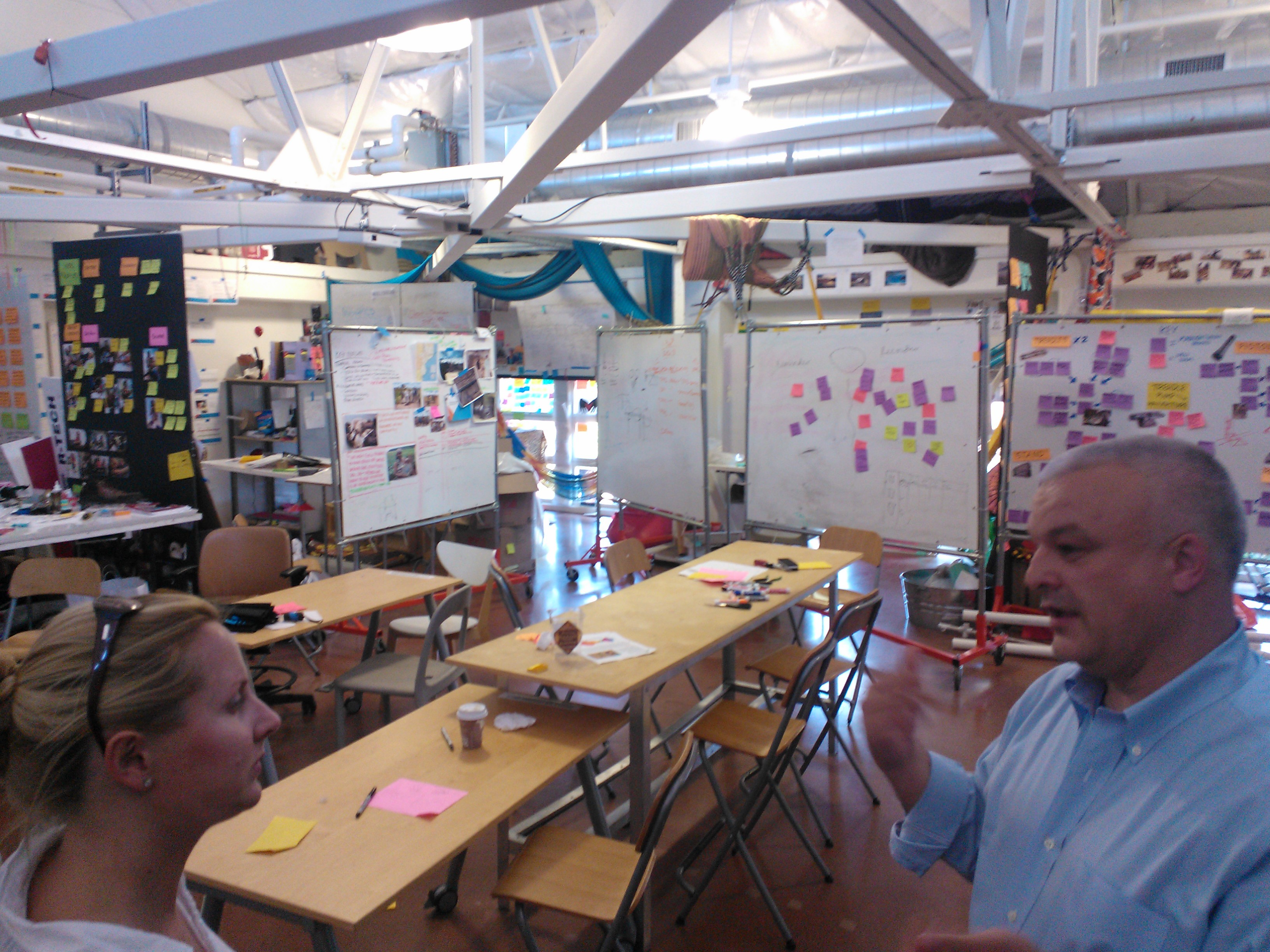 The other thing that struck me is that entrepreneurial talent is best used when it solves a problem for someone. There are many problems out there. Sometimes our old thinking keeps those problems in place. We need to figure out how to remove the old thinking in order to get the simple solution into place.

I know this issue well, but I know it from a writer's perspective.

When I was a poet in training at Syracuse University, I had a teacher named Brooks Haxton, who wrote some great translations of fragments originally written by Heraclitus, which this guy reads on this video.

Brooks always said that the purpose of writing was to give a gift to someone, or to make something for someone else. You have a reader, he would say, and that reader is really curious about the thing you are trying to tell him. You shyould make it so that reader really understands what you are trying to say.

Brooks was very poetic, but also very utilitarian, and he didn't quite like it when poets would try to be tricky with language first, and cover up the things that they could have said quite simply -- and beautifully -- with spare and minimum language.

I once got in trouble with this sort of thinking. A poet in our group had written a poem that, in my reading of it, seemed like it was just bits of interesting, sometimes archaic, but definitely eccentric sentence fragments. One of the fragments, I remember, had something to do with a sheep carcass or a leg of lamb.

The poet came up to me after class and asked me what I thought. I said that the part about the sheep made me feel nauseous. She was extremely offended. I didn't understand this. When you give something to a reader, he is allowed to have the reaction he has, and if you write something in a certain way, it's assumed that you, the writer, intend to deliver that reader to his feeling.

Apparently not. Apparently, the sentence fragment was just that -- a fragment, and it didn't mean anything. How could I dare feel nauseous about the imagery? It was art, after all.

I took it in stride, but the lesson I came away with is, the work we do in the world has an impact, and we should do our best to put that work together in order to create that impact. At the very least, we should be mindful that we are going to have an impact. 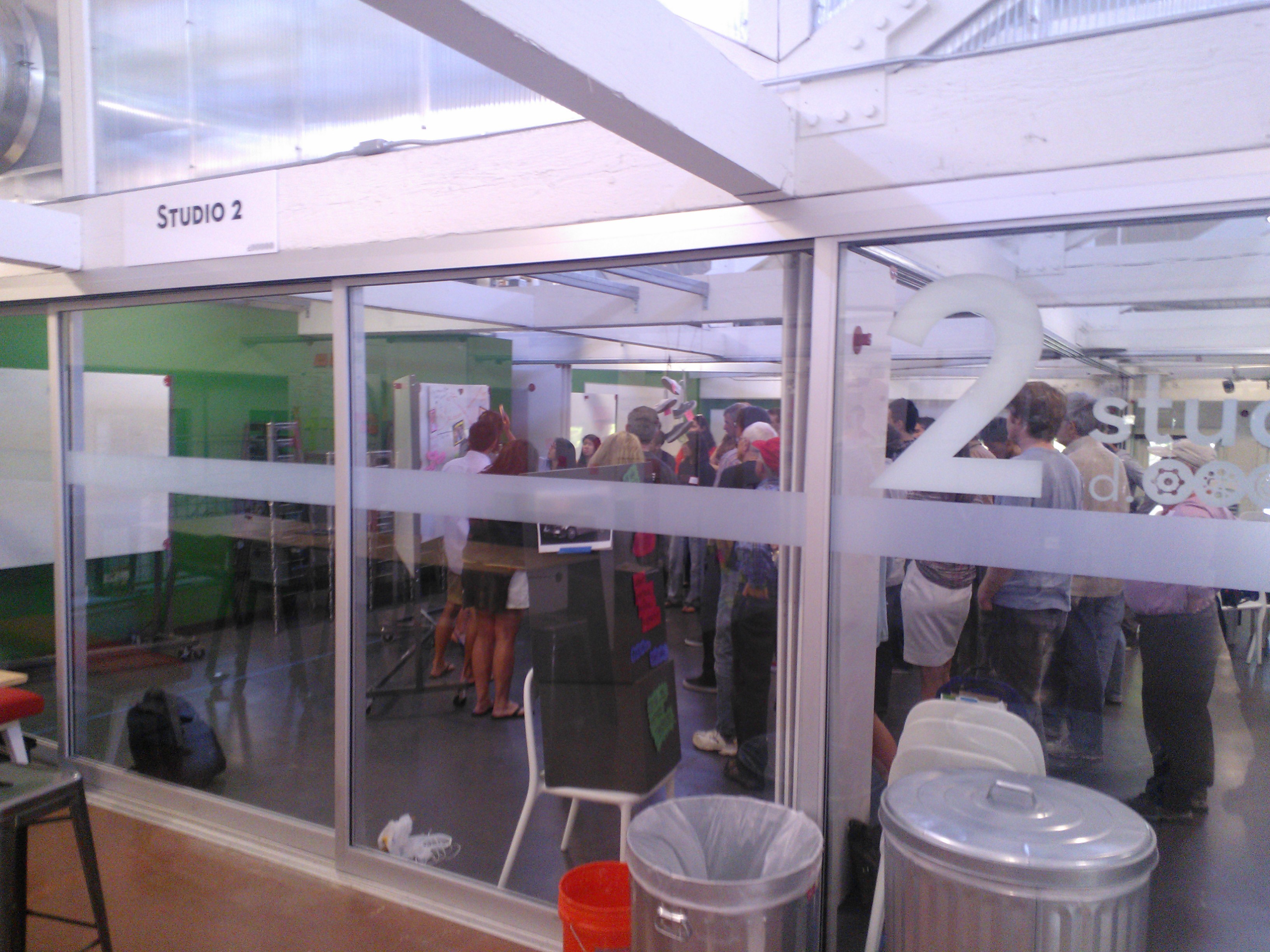 More than 10 years later, I don't write poetry nearly as often as I used to. Now, I manage a global online community, and every single sentence I write. Every piece of advice I transmit. Every introduction that I make from one entrepreneur to another. Every new person I know becomes a part of a gigantic and seemingly immeasurable ongoing conversation.

So it has to be very very simple.

But there are parts of the world where that isn't happening. 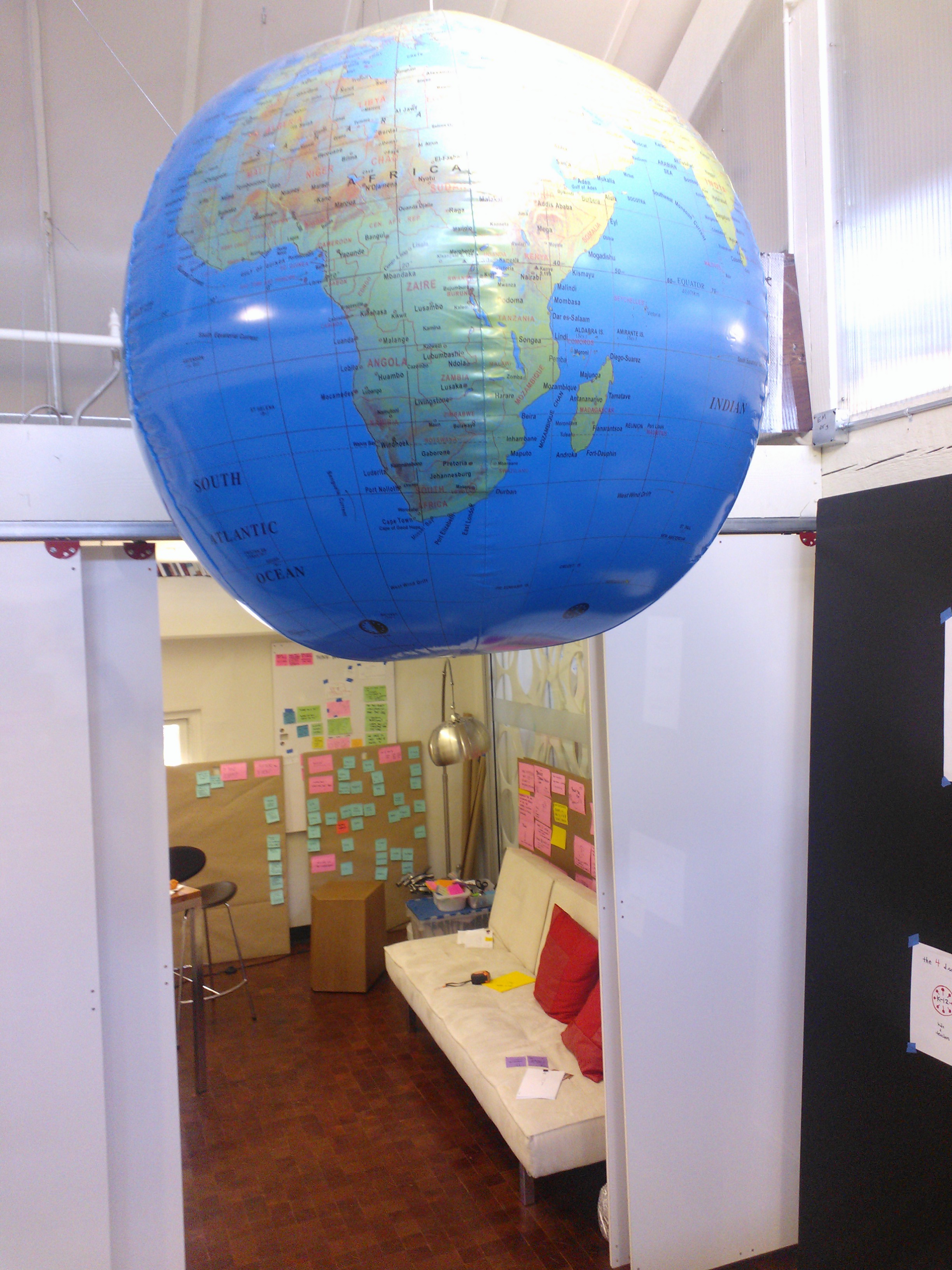 D.school seems set up out of an awareness that problems are out there waiting to be solved. It seems designed for nimble action.

We stop outside a lecture, where a group of students are standing around taking notes and presenting ideas. At the front of the class is a white board and someone writing her idea down in black ink. That's it.

I follow Stuart into the Extreme Affordability class. Everything is really simple. There are designs on the wall. There are prototypes on shelves. There are photos of young men and women in Burma helping to install water pumps. There are bags of maize on the ground in anti-humidity bags that apparently are the favorite design innovation of Bill Gates.

Entrepreneurs make things so that life is less hard. That's how you know you have a great idea.

I have conversations about simple solutions every day at the Microsoft BizSpark Facebook Page. Entrepreneurs come there every day and they talk about ideas they are working on, or drop links in to companies and apps they are building.

It turns out that you can do fragments. If they are clear. Entrepreneurs work with fragments, and build great, big, ever growing ideas out of those fragments. They grow so big and have such sustainable life in the hands of their consumers, because, like poets and like translators entrepreneurs keep working on what they are doing until it just makes sense.

I hope that BizSpark becomes this: a place to make sense of things. I hope it is not a place to show off what you know, but a place to find out things you need to know. A place to learn. A place to other entrepreneurs. A place that is aware of the solutions that the world needs.

We are living in the maker's era. We will make solutions for people. You have at least that kind of commitment from me. I want to help other succeed. So, let's start talking about that now.

You can join this community if you are an unfunded startup, less than three years old, and earning less than one million dollars in revenue. You can find out more here.