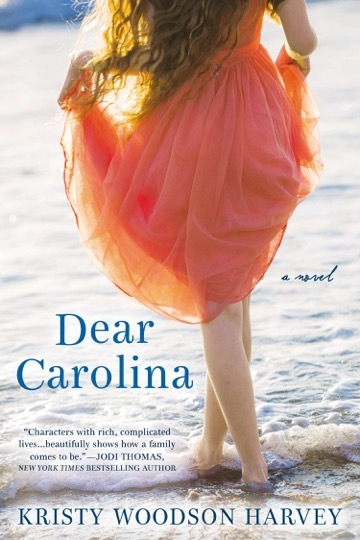 Southern wife and mother, Tarheel, and design blogger, Kristy Woodson Harvey crafted a touching lover letter between a little girl and the two mommas that love her, the one that gave birth to her and the one that will help her shape her life, in her debut novel, Dear Carolina. We talked about what it means to be a Southern writer, mother, and storyteller.

So, Kristy, your book is so clearly Southern from the characters to the turns of phrases to heartwarming relationships that bring and keep the Mason-Jacobs family together. Tell us about your inspirations for Dear Carolina.

Certainly being a Southern girl inspired this book first and foremost. But, actually, a lot of the book, namely the farming, growing seasons, canning and jamming, were influenced by Eastern North Carolina, where I didn't grow up but live now. I remember panicking that I wasn't going to have a Whole Foods when I moved there.

My husband looked at me and said, "Kristy, you are going to have the people that sell to Whole Foods." It was a bit of a foreign concept to me and a total lifestyle change to be able to actually go to farms and buy five-minute old food. I absolutely love it and am thrilled that my son gets to grow up knowing the people who grow and raise his food.

Motherhood was also a huge inspiration. I wrote the book right after my son was born, and a little bit of Khaki's story resembles that moment when I was trying to figure out how to stay home with my son and blog and write books and help with my husband's office and maintain a social life. Every new mother on Earth goes through that, I'm sure, so I felt like the story would resonate. When the characters are writing about the up-all-night and the nursing and the challenges, it should seem pretty real because I was living it while I was writing it!

Most of all, this story was inspired by a moment with my son when I started to ask myself what would have to happen in a woman's life to allow her to make the world-rocking decision to give up her child and what an unmatched gift that is to help someone else create their family. The character of Jodi came to me and just wouldn't let me go. 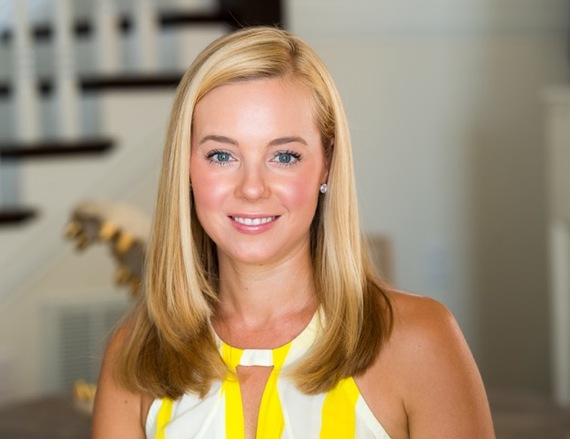 What would you most like people from other parts of the country to know about Southern women?

I think all women, no matter where we're from, face so many of the same joys and struggles in our lives. But I do think that Southern women have a little something special about them, a combination of softness and steel that helps them get through life. It's a cliché, but I think it's a cliché for a reason. We're raised that you catch more flies with honey than vinegar, but, if the honey doesn't work, there's usually a little fire there to back it up. I also think that Southern women still really value - and are valued for - their roles as mothers and/or housewives. I think it's rare to hear a Southern woman say, "I'm just a stay-at-home mom." Creating a beautiful home and driving carpool are critical life roles and viewed as such.

What do you think is the best part of being a storyteller?

Getting to live vicariously through my characters. As a new writer, it has been both a shock and a thrill to see how fully the characters take over the story. I've never been an outliner, to the point that, on high school and college assignments that required one, I wrote the essay first and then went back and created an outline afterwards. And that's a very good thing because, even when I have a plan for where I want the stories to go, the more I get to know the characters, the more the plan changes. And, of course, getting to share with readers and see how they react has been absolutely wonderful.

How did your work in design prepare you to write? What overlaps do you see?

A blank space is exactly like a blank page. It's so full of possibility. You start with something you love and add and layer more things you love, take out the things that don't work, edit, add, edit, add. And what you are left with is something beautiful, an expression of something that brings out an emotion. I think sometimes we're in such a rush that it's hard to slow down and appreciate things purely for how wonderful they make us feel. A stunning room and a good book are two of the things that have the power to do that.

Your book features two strong Southern men and plenty of romantic scenes. If you were to find yourself in Kinston, North Carolina, which man, Buddy or Graham, would sweep you off your feet and why? I will have to say that Graham isn't based on my husband, but they certainly have a lot of similarities. I have a little bit of that Southern feistiness in me, I must admit, and my husband, much like Graham, has the most divine way of tempering that in me. But both Graham and Buddy are men's men, much like my husband. They can park a boat and fix your engine and catch a fish and shoot a deer and drive it home in their truck. But they can still swaddle a baby and tell you how pretty you look.

The heart of Dear Carolina, in addition to finding yourself, is finding family and love. What do those themes mean to you? What does it mean to find family?

I am an only child but have grown up with a very close extended family, and I think maybe being an only child has given me closer friendships. Family is, to me, the people that you love and the people you choose to spend your life with. That can be blood relatives, friends, anyone really that you know is there for you no matter what. They're the people that you can have an argument with but you can still call at three a.m. and they are there in a second. I found myself really thinking of those people in my life and being so grateful for them as I was writing Dear Carolina. There's such a sense of security in knowing that you have a team to navigate this life with. And all of that is really just another way of saying, "love."

Kristy Woodson Harvey can be found on Twitter at @kristywharvey or hanging out with the Tall Poppy Writers @tallpoppywriter.