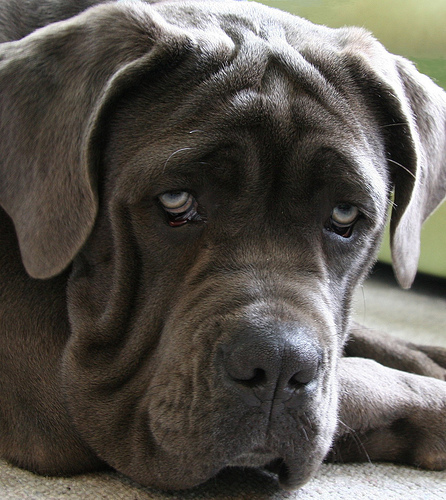 We are in danger. We need to get out of this house and away from the cat. He is a psychopath.

Did you see what he did to that mouse? Torture and dismemberment are activities associated with antisocial personality disorders. And he exhibits no remorse or guilt. He's not right in the head.

In fact, he's far sicker than I originally thought. Although he does exhibit an excessive interest in himself and his appearance, he is no mere narcissist. The deceit and manipulation are dead giveaways. He lies on his back to appear as if he wants his belly rubbed and then he attacks the hand of the potential belly-rubber. He rubs up against your legs and makes that cry-baby noise to get you to feed him and he takes a few bites and walks away with a look of disdain on his face.

Deceit and manipulation. Torture and dismemberment. He's a whack job who plots to kill us in our sleep. Time is of the essence. We need to get in the car and go somewhere, preferably where there is food.

Or, in the alternative, maybe we should free him from the confines of our home. Perhaps he would enjoy being a free-range cat. He might eventually join a gang of similar psycho-killer felines and roam the earth in a joint mission of rodent elimination. What say you?

Open the door. Let him out. Before it's too late.

Dear Human: A Desperate Plea From Your Dog
7 Things Post 50s Say They're Addicted To