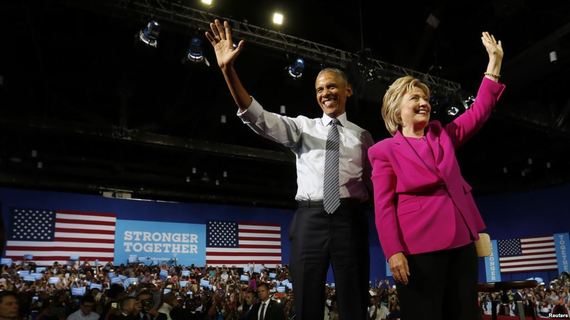 There is no doubt that the victory of Donald Trump in the presidential election was a surprise for all of us. The polls, Democrats, Republicans, and all of the pundits got it wrong. But despite our loss at the presidential level, the fact of the matter is that as a party, we continue to be intact... and still growing.

As a party, a majority of people voted for our presidential candidate. To be clear, Clinton won the popular vote by more than 2.5 million votes, in comparison to Mr. Trump.

As a country, we have the responsibility to continue moving forward and work together and continue to look for solutions to the problems our country is facing. And yes, that includes working with Republicans. As President, Trump has the responsibility to govern for all Americans, despite their political preference.

What did we learn during the 2016 Presidential Election?

• The Latino vote continues to grow. In part, because of the work of our party, many organizations, including the Digital Agency 'Espora', and the Clinton Campaign - the most inclusive and diverse campaign in the history of The United States - more than 13 million of Latinos voted across the country. That's a record number in terms of participation in comparison to the 2008 and 2012 presidential elections.

• Despite what critics and pundits want to say, the fact is that a majority of Americans support the political agenda of our party.

As Americans, we must reflect and look for ways to come together.

Even though The United States is one of the strongest Democracies in the world and Secretary Clinton is much more prepared than her former challenger, it seems that part of the problem behind of all of this is the sad truth that The United States still isn't ready for a female president.

In the coming years, we must assure that the feminist movement continues to grow and empower women across our country to run for elected office.

As sons and daughters, we must all be feminists, and as a country, we must ensure that our mothers, sisters, daughters, wife's, our female family members and friends, all have the same rights as the rest of our society.

In addition, we must make it our mission to elect more women to all levels of Congress; only then can we assure that our country continues to move forward.

As Democrats, we have a little less than 24 months to take back control of The Senate and The House of Representatives.

We can get there. As Americans and Democrats, we are used to tough challenges. We fall; we get up, and continue moving forward. Always.