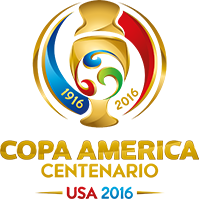 My friend Bruce Peters, who's an award-winning, TV production sound mixer, is a self-confessed soccer fanatic. He went to World Cup 2014 in Brazil. He also went to three of the opening Copa America Centenario 2016 games, including one with me to the Rose Bowl. We're die-hard fans of the premiership's Tottenham Hotspur/Spurs, so we've even watched some Copa and Euro 2016 games at our LA Spurs local, The Greyhound Bar. 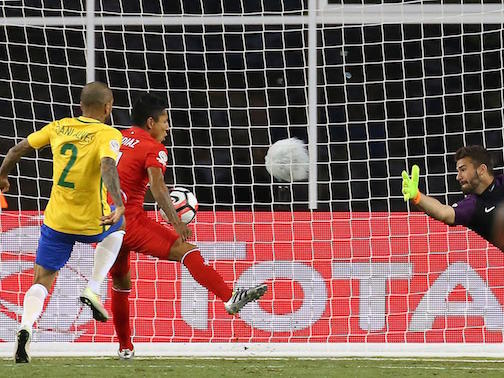 But Bruce gets wound up about dodgy play calls. Like Ruidiaz's hand-aided, winning goal for Peru that eliminated co-favorites Brazil from the Copa America last weekend. He throws up his own hands, saying there has to be instant replay. Well, the Euro 2016 is using goal-line technology for the first time. But that's taken forever to get implemented. 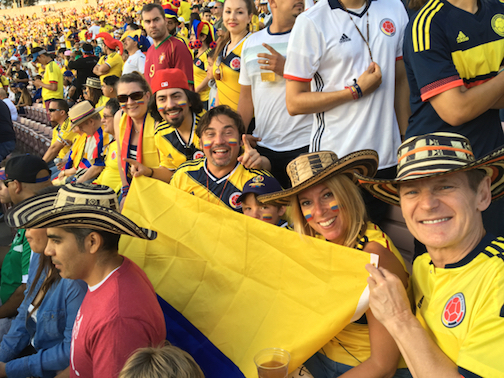 Instant replay can only be applied on questionable goals and penalties. Obviously if it took 3-5 minutes they shouldn't do it. The TV announcers call it immediately, why can't they get it done right and quickly? Goal line technology is good. But FIFA is like molasses, they're too busy lining their pockets with money!

I'm more phlegmatic than my pal Bruce. I had to deal with Diego Maradona's infamous punch to score a goal in 1986 World Cup in Azteca Stadium to help Argentina beat my England team. After the game, Maradona slyly said that his goal was scored "un poco con la cabeza de Maradona y otro poco con la mano de Dios" -- "a little with the head of Maradona and a little with the hand of God." The infamous goal became known as the "Hand of God" goal. Peru's Ruidiaz just scored one of those specials on the weekend. We know how Brazilians felt. 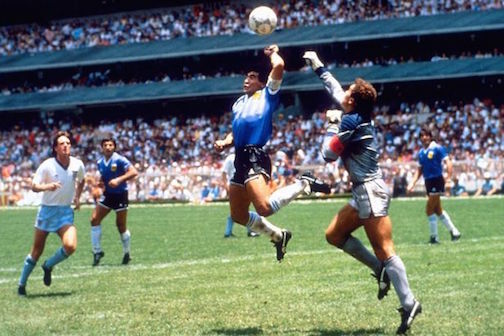 But we Brit fans sucked it up -- yeah, it hurt -- but we moved on. Even some Brazilians seemed to quickly move on from that dodgy "goal" call with one player Miranda admitting: "We saw that the ball hit his hand but you can't complain. (The ref) said he discussed it with four officials and that they didn't see the handball. Brazil tried from the first minute to score but the ball didn't want to go in unfortunately, and that's football. If you don't score you pay for it."

One more thing about how long the refs took to discuss that Peru incident -- there is no official IR, and replays can't be played on in-stadium big screens until the ref has confirmed his call, apparently. Well, it took close to five minutes -- yawn -- before they showed the replay in the stadium. One wag on Twitter noted: "Three South American governments were overthrown while waiting for that replay." Now that was funny.

Truth is, players make mistakes all the time. So do referees. To err is human, as Alexander Pope said. And, crappy calls happen in all sports all the time, even when those games have access to instant replay. Even after IR, fans and pundits still complain about the calls. Does anyone understand the NFL's new reception rules even with IR?

Bruce wonders if soccer teams could have challenges like they do in the NFL. Although he rightly asks, "How many do you get -- one, two or three per game? That could slow the game down."

In theory, these ideas seem fair enough. Until you see how long the delays are getting in sports that already do have IR.

In the NFL: That's a catch. No it isn't. Yes it is. Maybe it isn't. Who knows, where's my beer? Or, in the NBA: That wasn't a foul. Yes it was, it was a flagrant-1. No, that's more like a flagrant-2. Did he just grab LeBron's package? Then after what seems like an interminable time, and some commercial breaks -- hold on, is IR just an excuse to squeeze in some more advert time -- the refs make a call. But then even the announcers are still arguing. That also happens all the time. 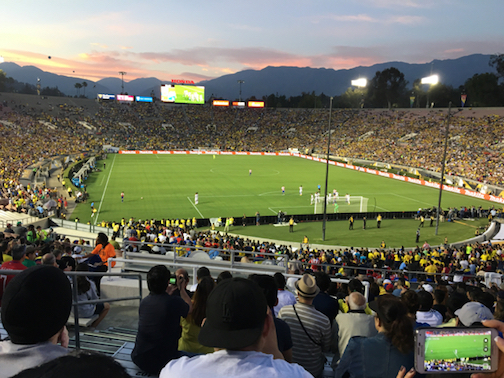 A perfect night for the beautiful game in America

Soccer is still relatively pure with no commercial breaks and undiluted constant action -- 45 minutes plus added time per half. It effectively forces broadcasters to creatively insert adverts during the 45 minutes of continuous play in each half. But the gameplay is continuous.

On the other hand, it's said an average NFL game includes 20 commercial breaks containing more than 100 adverts and just 11 minutes of actual play for a supposed 60-minuted contest! A lot of game time is actually spent standing around or huddling up before each play begins.

So, for those of us weaned on uninterrupted soccer gameplay, it's almost inimical to want IR delays in our game -- we sure don't want no stinking, five minutes delays like in the NBA, NFL, NHL, with plays being reviewed from 20 different camera angles. Hello!

As sensible as my pal Bruce's "challenge" system for soccer might seem, for me, it's a slippery slope to interminable delays and more commercial breaks. In fact, is instant replay really a collusion between advertisers and the NFL?

Thing is, most things in life even out. A dodgy call goes against you then a bad call works for you. And even if it doesn't quite work that way, Pope's full quote goes, "To err is human; to forgive, divine."

We forgive Maradona -- he also scored one of the greatest goals of any World Cup in that same England game. And Brazil, who didn't score a single goal in two of their three Copa games, will forgive Ruidiaz, even if he did get away with some help from "God."

So my call is, be careful with instant replay for soccer. 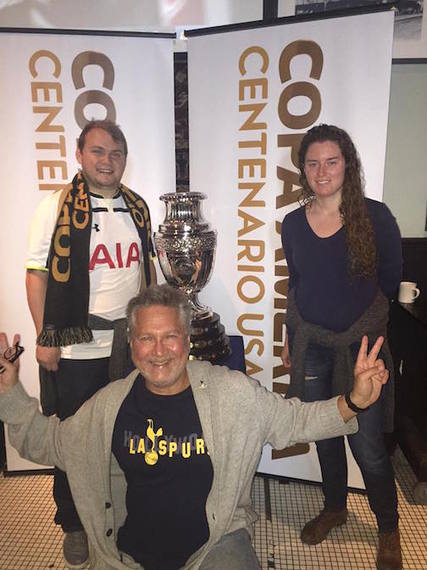 As for USA captain Bradley, goal king Dempsey and the USMNT who're playing Ecuador in one Copa quarter final on June 16 -- Go USA!

Or as some dude called Hamlet once said: "Whether 'tis nobler in the mind to suffer/The slings and arrows of outrageous fortune/Or to take arms against a sea of troubles..."

And pray to the soccer gods for no dodgy calls!