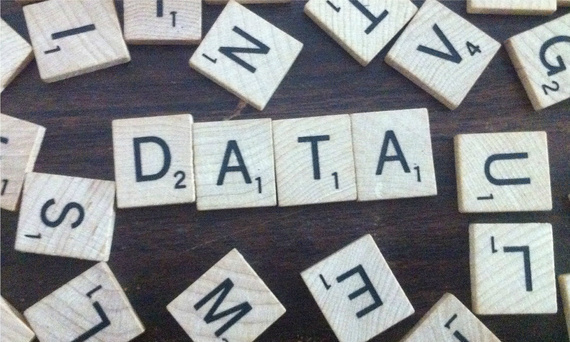 Next Friday marks the one-year anniversary of the FCC's landmark Net Neutrality rules. The anniversary also marks a year chock full of efforts to toss out or weaken these protections in Congress and the courts.

But while the battle over the FCC's rules rages on, another attack is underway behind the scenes. The same cable and phone companies that fought so hard to kill Net Neutrality are now experimenting with new ways to rip off and double-charge customers. And instead of testing just the bright-line rules themselves, these companies are using data caps and other tricks to get around these protections.

AT&T, Comcast, T-Mobile and Verizon are all now using some form of data caps. The plans vary slightly from one provider to the next but all share the same common components: a combination of caps and exemptions. On the fixed broadband side this is completely outrageous. Customers pay a monthly rate for Internet access, and there's no legitimate technical reason or business rationale that justifies penalizing people for the amount of Internet they use.

Data caps are more commonplace on the mobile side, but what's troublesome in light of the FCC's Net Neutrality rules are the new exemptions these companies are carving out for their own content (or the content of companies that pay an extra toll or provide a certain type of application, like video).

Which raises the central question: If it's possible to create exemptions from data caps, why are caps needed in the first place?

This isn't about the cost of connectivity or network management. Providers are applying caps and limits arbitrarily, concocting plans to exempt certain kinds of content from the artificial limits they've created.

And given how these plans are structured, squashing competition appears to be a primary goal.

Take Comcast. In about a dozen mostly Southern markets, the company has set data caps at 300 GB a month, with punitive charges of $10 for each additional 50 GB consumed. But for an additional $30­­-35 a month, customers can avoid these caps altogether -- regardless of how much or how little data they use.

This isn't the first time the cable giant has tried out data caps. It launched a similar effort in 2012 but backed down after Free Press and others raised questions about the company's plan to exempt its own "Xfinity" content from the cap.

Comcast has attempted to explain this as analogous to using electricity. When you crank up your AC, the company notes, you use more resources so your bill goes up. But that isn't how broadband works. The vast majority of the cost to Comcast is fixed, not variable.

These punitive caps serve one purpose: to prop up the company's legacy cable model and discourage streaming video from competitors. Though Comcast claims these caps are all about "fairness," there's nothing fair about paying for an Internet connection -- and then having to pay extra to actually use it. There's no technical justification for these caps either. The network isn't congested and according to a leaked employee-training manual, customer-service reps aren't allowed to even mention congestion as a rationale for the limits. While Comcast currently refers to the caps as a "trial," the company intends to start rolling them out more broadly -- making them even more of a threat to the open Internet.

On the mobile side, the sponsored-data programs from AT&T and Verizon aren't exactly new. AT&T launched its program in 2014 and Verizon began rollout of its FreeBee program earlier this year. They both work in basically the same way: Companies enroll (for a fee) and then the carriers deliver their content to their respective customers without impacting those customers' data caps. This allows third parties to pay to send data to you, creating a new toll for data traveling on the Internet and racking up charges for websites, applications and content providers. Not only does this give the carriers a way to double-charge, it also creates challenges for newcomers that may not be able to afford to pay such a fee to reach customers.

But in a move similar to Comcast's, Verizon just announced that content streaming from its own video platform, go90, won't count against customers' data caps. Once again a carrier has created an arbitrary limit and exemption, all while favoring its own video platforms in an anti-competitive manner. While AT&T hasn't started favoring its own content yet, the company does own DIRECTV and has suggested it might launch a similar sponsored-data program.

T-Mobile's Binge On program is a bit different. Instead of capping data across the board, the company engages in application-specific exemptions. Here's how it works: Streamed video from Binge On partners doesn't count against T-Mobile customers' data caps and any video provider (Netflix, Vimeo, etc.) can enroll in the program for free. There are, however, technical qualifications they must meet -- requirements that create a high bar to entry for many companies. Binge On also doesn't allow the use of encryption, a practice employed by many companies that's quickly becoming an industry standard.

But those aren't the only concerns. The Electronic Frontier Foundation discovered that T-Mobile was also throttling all video content over its network. This means that even video providers that aren't enrolled in Binge On are seeing their content degraded on the network all the way down to 1.5 Mps.

Here's the thing: The FCC's Net Neutrality rules prohibit providers from impairing or degrading traffic on the "basis of Internet content, application, or service" -- which is exactly what T-Mobile is doing here by degrading all video. The company claims that it wants to make Binge On Net Neutrality-friendly but this type of throttling is the most cut-and-dried violation of the FCC's rules.

If the FCC wants to ensure that the open Internet flourishes, it must investigate all of these attempts to skirt its Net Neutrality rules. Cable and phone companies will continue to look for new ways to double-charge consumers and engage in anti-competitive behavior. The millions who fought for Net Neutrality need to speak up yet again.