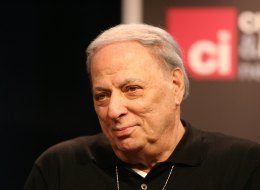 I have four members of my family who are "on the job" as law enforcement officers. I have tremendous respect for their public service. And, one of the NYPD's most decorated officers, retired detective Sonny Grosso, has become a "godfather" of sorts to me. Coincidentally, Harlem-born Grosso, who became an award-winning TV and movie producer after he retired from the NYPD, actually worked on The Godfather as a pioneering technical consultant. 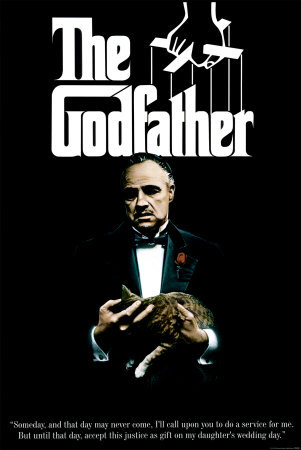 Forty-two years ago, on March 24, 1972, the Oscar winning saga about a fictional crime family was released nationally. Grosso, who consulted on his own real-life story The French Connection movie in 1971, had been hired by The Godfather's director Francis Ford Coppola to also help with the real challenges of filming the mafia family saga in New York:

What did Francis want from me? It was about a time and place that I knew some things about -- about turning real into reel! It was about wise guys who I "worked" while on the Organized Crime Bureau. And Francis wanted to film right in the city where I had the cojones to pull stuff off. All the film's interiors, the houses, the family meetings, everything was shot in New York. And the exteriors and the wedding scene were shot in Staten Island. So it was all done there in my beloved City.

The following excerpts are from my ongoing conversations with Grosso at Manducatis, the nonpareil Italian restaurant in Queens, New York. His jaw-dropping tales are forming the basis for Grosso's upcoming memoir, Harlem to Hollywood: My Real to Reel Story.

The Godfather's producer Al Ruddy initially had problems shooting in Harlem and he asked Grosso to intervene, to talk with the "right" people:

First, we got Holy Rosary Church, the local one I used to go to, and their kids involved. We gave them a brand new color TV set plus money. Then, I went to Rao's restaurant on Pleasant Avenue to see Vinny Rao -- Vinny and brother Joey were the first real guys I ever saw with camel-haired coats draped over their shoulders. All these guys with 'bent noses' were sitting inside. You got to realize, I was still a detective on the job and going in there to ask for their help! I told him what I needed. For example, Francis wanted to film that scene where Jimmy Caan as Sonny Corleone beats up his lousy brother-in-law on 118th Street -- we gave the Church kids parts, playing on the street. As I made each request, Vinny would shout back to this nobody behind the bar, 'Louie, we can help Sonny do that, right?' But I knew what was what. By asking this nobody, Vinny had deniability. If I ever wanted to inform on who was the guy making all the moves, he could point to the nobody behind the bar as giving the orders. Everything seemed perfect and they said, 'And you can leave your props and gear on the street, don't worry about anything!' I said thanks and get up to leave when Vinny says, 'Whoaa, Sonny, don't you want to know what we want?' I'm peeing my pants and trying to imagine what the hell they wanted!

Grosso, who'd grown up in the hood around both regular hard-working people and wise guys, froze expecting the worst:

But all they wanted was to view the movie before anybody else. I said, 'You mean like a private screening?' Being a smartass myself, I had to wisecrack, 'Yeah, we can do that!' Vinny said, 'No, no, just give us the film, we'll set it up ourselves, right Louie?' Then he added, 'Sonny, one more thing... Louie, didn't you say we needed the film for two screenings?' And, I got it right away. It was like the famous Copa nightclub where they have one night for their wives and one night for their goomahs. And, finally, that's all they asked me for. I went back to producer Ruddy saying, 'Here's what you got and I gave these guys my word so, fuggedaboudit, you got to give them a copy of the movie and let them take care of showing it to who they want!'

Grosso spent a lot of time with and learning from Coppola, Ruddy, and The Godfather's all-star cast. Of author Mario Puzo, he says, "Mario originally told me, 'It's a bunch of stories about all the things that you and I heard growing up as an Italian-American kid. And I've put all of these stories together in a book and made it about a family.' The wind-up is that The Godfather won three Oscars, including Best Picture which was fittingly presented to producer Al Ruddy, the man who figured out all the problems with Francis, and gave us a classic, unforgettable movie."