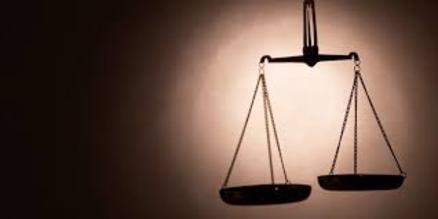 The Court's decision hinges on the issue of public funding being sent to schools that are not publicly governed.

As is true of charter schools nationwide, the charters in Washington State (up to the current ruling) were eligible for public funding diverted from traditional public schools. Charter schools were approved via a November 2012 ballot initiative (I-1240, the Charter Schools Act) in which charters were declared to be "common schools" despite their not being subject to local control and local accountability. And also like America's charters in general, Washington's charters are not under the authority of elected school boards.

Thus, Washington voters had approved to give public money to private entities- a one-way street that provided no means for such funds to overseen by the public.

On September 04, 2015, the Washington State Supreme Court ruled against this public-school-funding one-way street.

Here is an excerpt from the Washington State Supreme Court's finding:

We begin by noting what this case is not about. Our inquiry is not concerned with the merits or demerits of charter schools. Whether charter schools would enhance our state's public school system or appropriately address perceived shortcomings of that system are issues for the legislature and the voters. The issue for this court is what are the requirements of the constitution. ...

Accordingly, "[o]ur review here is limited to the issue of whether the voters acted in compliance with our state's constitution in expressing their collective will." ... "[W]hile initiative measures are reflective of the reserved power of the people to legislate, the people in their legislative capacity remain subject to the mandates of the Constitution."

In ruling on whether Washington State charters qualify for public funding allotted to public schools, the Washington State Supreme Court had to decide whether Washington charters fit the definition of "common schools." For this, they resorted to a 1909 case, School District 20 vs. Bryan. Apparently, proponents of charters in Washington State argued that the Court should "overturn Bryan" and "recognize an evolving common school system," but the Court said no and concluded that the voter-approved Charter Schools Act was not constitutional because charters do not qualify as "common schools." Moreover, since the voters passed the Charter Schools Act based upon the idea that the charters would be funded using money that would otherwise be used to fund traditional public schools, then it is not logical to assume that voters would have passed the Act without said funding source. Finally, the Court found that the Act could not operate without the intended funding source. As noted in the ruling:

Intervenors offer no compelling reason to abandon Bryan. Similarly, the State asks us to "recognize an evolving common school system" and not read Bryan as "a static statement of constitutional imperatives." ... But in Bryan this court established the criteria for evaluating a "common school"... and warned, "The words 'common school' must measure up to every requirement of the constitution ... and whenever by any subterfuge it is sought to qualify or enlarge their meaning beyond the intent and spirit of the constitution, the attempt must fail."

Bryan established the rule that "a common school, within the meaning of our constitution, is one that is common to all children of proper age and capacity, free, and subject to and under the control of the qualified voters of the school district. The complete control of the schools is a most important feature, for it carries with it the right of the voters, through their chosen agents, to select qualified teachers, with powers to discharge them if they are incompetent." ...

Here, because charter schools under 1-1240 are run by an appointed board or nonprofit organization and thus are not subject to local voter control, they cannot qualify as "common schools"....

We also disagree with the State's view that the Act's remaining provisions are saved because funding "follows the student" and in any event charter schools could be funded out of the state general fund. ... The fact that public school money distributions are generally based on per capita student attendance does not mean that common school funds are available for students who do not attend common schools. Where a child is not attending a common school, there can be no entitlement to "an apportionment of the current state school fund, to a credit predicated on attendance of children at such ... school." ....

In sum, the Charter School Act violates article IX, section 2 [of the Washington State Constitution] because charter schools are not common schools despite the Act's attempt to so designate them. The Act's designated funding mechanisms fail, and these provisions are not severable from the remainder of the Charter School Act. ...