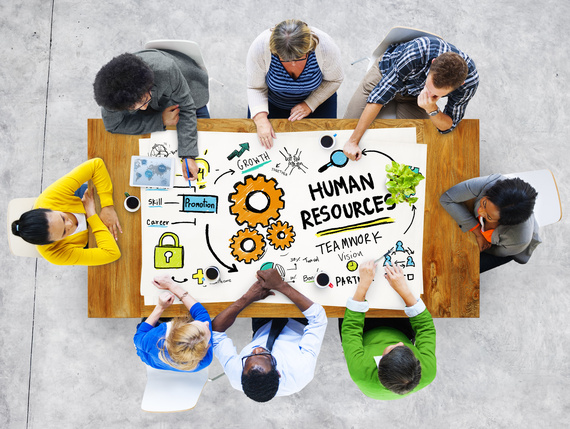 When the human-resources staff of a company or organization reaches out to an HR/work-life consultancy, it's usually because they've gotten the green light to implement some kind of change in their organization--culture, flextime, resiliency, etc.

And then, after months of development, when the HR team starts to introduce their plan, leadership realizes that this new idea is really a new idea. They see that change is going to impact legal, organizational learning, IT, and more. And suddenly, people start to question whether or not they're really comfortable with moving forward.

That can be an incredibly frustrating experience for HR professionals. Some become too discouraged to advance their efforts. To help prevent similar frustration, learn to detect these five indicators of leadership buy-in in order to effect true HR change:

1. Leadership designates someone to run major HR initiatives as part of their job.

HR managers are committed to issues and want to make a difference. Even so, the most visionary people are also the busiest, and special projects often get "back-burnered."

New ideas and programs have a stronger potential to reach fruition when the C-suite designates a project lead and makes an organization commitment to prioritizing the effort (e.g. making time for it).

2. At least two people from the C-suite sponsor and shepherd the program.

It's not enough to have one leader, one champion. You need more than one influential partner, such as those in the C-suite who are going to stick their necks out and provide support when everyone else is just nodding and providing lip service.

You need internal influencers who will say: "People, you're not listening. John is telling us he needs X, Y and Z. Here's what I'm going to do to make that happen in my division... Bill, Jane, and Chris, what are you going to do in your divisions to support X, Y and Z for John?"

Karen Mathews, director of Work Life Services at WellStar Health System, acknowledges that building sufficient executive-level support takes a lot of time and perseverance. "We spent the first few years investing in leadership buy-in and it paid off in spades," recounts Mathews, "even though it was challenging at times."

3. The CEO is willing to be the face of the initiative.

Corporate tax-advisory firm Ryan has won all sorts of great-place-to-work awards, achieving rock-bottom turnover and record profits in the process. Ryan's work-life initiatives began in earnest in the mid-2000s under the direction of Delta Emerson, who was chief human-resources officer at the time. In other words, Emerson was the designated work-life champion (see first point above).

Even so, Emerson will say that every memo or company-wide communication about the project went out under chief executive officer Brint Ryan's name. Ryan (the CEO) was also front and center every time the work-life initiative was an agenda item at any meeting.

"We were asking people to make a radical change in how we work," says Emerson. "Brint understood that he needed to be the face of that. He needed to own it, in order to motivate people and give them confidence to take the necessary risks. The steps we took from the very beginning to ensure he was involved left no doubt in anyone's mind that we were serious about making this work, and that failure was not an option."

4. You are allocated the resources for organization-wide change.

For many companies, HR initiatives create incremental-only change. You might get commitment to change policy, but no resources for training. You get the go-ahead to use internal talent, but not outside support. One department will make changes, but not the organization as a whole.

Sure, incremental change is change for the better, and it will have an impact on people's livelihoods. But you'll know that the C-suite really recognizes the value of your effort when they make an organization-wide commitment.

Does leadership see your effort as an HR-only initiative, or do they recognize this may also require an investment in technology, training, real estate or billable hours?

For example, one organization I know wants to implement a new workplace flexibility effort, minus any telecommuting component due to a lack of formal IT direction. In this case, HR and by extension leadership must limit the program because it doesn't yet have the IT resources to support it.

All efforts are good efforts. If all you can get is a policy change, that's certainly something. Still, go in with your eyes open for how much change you can truly create. If you really want big impact, look for these five indicators and work on building top-level support.