Even though I was a kid obsessed with crime comic books, mystery novels, and private eye TV shows, I never wanted to be a detective when I grew up. Perhaps it was the flourish of Chester Gould's signature on the Dick Tracy strip, or the evocative sound of the names of certain writers: Sir Arthur Conan Doyle, Dashiell Hammett, Mickey Spillane. Even TV's Peter Gunn, with that dynamic Henry Mancini theme playing over the opening credits, turned out to be "created and produced by Blake Edwards," another great-sounding name. No, I wanted to Chester Gould when I grew up. Or maybe Mickey Spillane.

My career, which started back in 1973 when I was still at the University of Iowa's Writers Workshop, has stopped short of making me a household name, but been generous in allowing childhood dreams to come true. My first major writing gig was scripting the Dick Tracy strip when Chester Gould retired (at age 7, I had written Chet, offering to take over if he ever got tired of doing it).

The literary idol of my adolescence was Mickey Spillane, that much pilloried yet enormously popular creator of perhaps the most famous of all private eyes, Mike Hammer. And I came to be Mickey's friend - my son Nate is his godson - and was honored by the great storyteller who, in the final weeks of his life, asked me to shepherd a number of his unfinished novels into publication. Right now I'm on the eve of the publication of Lady, Go, Die! [Titan Books, $25.99] - the oldest of the manuscripts entrusted to me, a sequel to Hammer's now classic debut, I, the Jury (1947). That I would in 2011 find myself finishing the second Mike Hammer novel, begun by my idol in the late 1940s, indicates just how blessed and improbable is my career.

I, the Jury was a game-changer, revitalizing the tired private eye genre, which by the late '40s had been reduced to self-parody by B movies and spoofy radio series. Every now and then, the mystery novel - particularly the private eye variety - seems played out; and then someone like Mickey comes along to kick-start it in some imaginative new way.

Fictional detectives thrived through the twentieth century, but the genre only began sixty years before, when Edgar Allan Poe wrote his handful of stories about amateur sleuth, C. Auguste Dupin. Detectives and police forces were relatively new in Western civilization, an outgrowth of the democracies of Europe and the United States in the late 1700s and early 1800s. Soon detectives and mystery plots began emerging from such popular authors as Charles Dickens and Wilkie Collins, and real-life private eye Allan Pinkerton's celebrated cases sparked a wave of dime-novel detectives, perhaps most memorably Nick Carter.

Detectives were entrenched in the popular culture by the turn of the twentieth century, with the famed pulp magazine Black Mask at the forefront. In those pages, a largely forgotten author, Carroll John Daly, created the literary private eye, his Race Williams a western gunfighter moved bodily to the urban jungle, where his blazing .45 and merciless sense of justice excited a young boy in New Jersey named Mickey Spillane.

Here are the authors and their creations who, in my view, changed the detective game.

The Evolution Of Detectives In Fiction 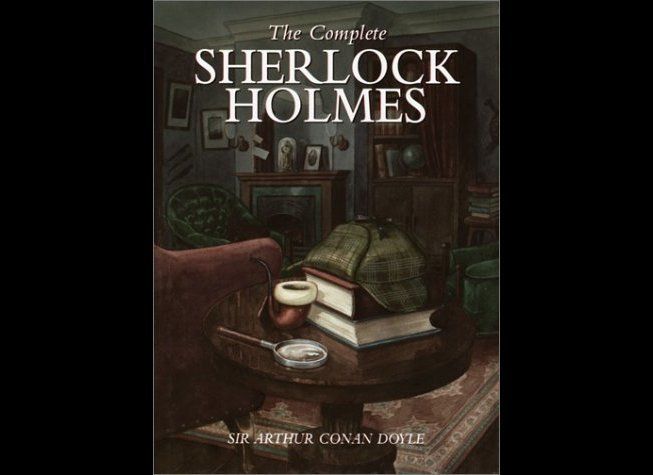 1 / 11
Sir Arthur Conan Doyle - Sherlock Holmes
The first Holmes novel, <em>A Study in Scarlett</em> (1887), went almost unnoticed, but the short stories Doyle began writing for the <em>Strand </em>Magazine made the "consulting detective" the first great (and still greatest) star of the genre. Doyle perfected what Poe invented with Dupin: the brilliant, eccentric detective whose rather pedestrian associate serves as his Boswell. Holmes is a man of action, fighting poisonous snakes, tracking hellish hounds, and battling master criminals - Holmes sets the standard for both cerebral armchair detectives and two-fisted hardboiled dicks. Basil Rathbone in his series of late '30s and early 1940s films remains the quintessential big-screen Holmes, while the Granada Television series of the '80s and 1990s offers Jeremy Brett in a flamboyant yet faithful small-screen interpretation that is perhaps definitive. But the current BBC <em>Sherlock</em> underscores the timelessness of a creation that Doyle himself considered minor.