It's alive! The Detroit area is becoming a national hub for biotechnology, the field that merges life science research with medical technique to form a super-science hybrid.

While Biotech doesn't get as much attention as Detroit's storied industrial past, or even downtown's recent wave of tech startups, the recently-released Detroit Future City plan named "Eds and Meds" -- education and medical jobs -- as one of four key economic pillars that account for more than half of Detroit’s employment base. And those sectors have demonstrated promising growth for the future.

A 2011 study by the National Defense University at Fort McNair in Washington D.C. tallied the total U.S. biotech industry's revenue at $92.4 billion in 2010 and put the near-term projected growth of the industry at 9.4 percent. The 2010 edition of the BIO/Battelle report, an industry publication, ranked the Detroit-Warren-Livonia region as the 11th-largest area for employment levels in research, testing and medical labs.

"[Biotech] has seen growth in Michigan, and particularly in Detroit, even when the economy was going downhill. The R&D/testing sector of the industry was doing quite well here," said Dr. Stephen Rapundalo, president and CEO of the Michigan biosciences trade association, MichBio.

Rapundalo said Detroit's prominence isn't surprising, given the presence of health systems like the Detroit Medical Center and the Karmanos Cancer Institute. The city is also home to Wayne State University's School of Medicine, the nation's largest single-campus medical school.

As for biotech enterprises, Detroit has all kinds. There are the older heavy-hitters, like the pharmaceutical company Ash Stevens, which operates a government research lab in the city that contracts services out to federal agencies including the National Institutes of Health. Caraco Pharmaceutical Laboratories, which specializes in generic medications, is subsidiary of Sun Pharma, whose U.S. headquarters are located at Caraco’s main facility in downtown Detroit.

The city is also home to firms like Genesis Genetics, a company that tests human embryos for genetic abnormalities. The company screens fertilized eggs for over 300 inherited diseases and then implants healthy ones in women's wombs. The Detroit-based company operates offices in locations across the U.S., as well as Brazil, England, Jordan and Taiwan.

Then there are the biotech startups. "They run the gamut," said Rapundalo. "They cover everything from a stem [cell] service and tools companies to others that are in the environmental analysis space."

He said these startups have grown thanks to business incubators and research institutions, like Henry Ford Health's Innovation Institute, that seek to develop new medical technologies.

MitoStem is one of this new breed of business, a research company focusing on stem cells and regenerative medicine. Dr. James Eliason founded the company in 2008, the year Michigan voters passed a ballot measure easing restrictions on embryonic stem cell research.

MitoStem is located on the campus of TechTown, a business incubator affiliated with Wayne State, which also houses Asterand, a company that collects human tissue samples. That firm was purchased last August for $9 million by StemGent, another stem cell research company.

Eliason, who also helped found Asterand, says Detroit definitely has advantages for biotech startups. "Detroit has a low cost structure," he said. "For a company like ours, or like Asterand, it's actually quite important to have a low cost structure -- because we're not particularly going at the blockbuster drugs, but for research, tools and so on, where the margins can be much lower than on regular pharmaceuticals."

The folks at MitoStem are also involved with a nonprofit called Great Lakes Stem Cell Innovation Center (GLSCIC) that's interested in spurring other stem cell startups with help from TechTown.

Eliason said balancing the high costs of equipment rental and lab space is is a major hurdle for new biotech companies, so GLSCIC offers shared office space with a generically equipped lab. Members rent a small space on the TechTown campus, and they also get access to entrepreneurial training, stem cell expertise and the opportunity to use more specialized equipment through Wayne State.

Rapundalo sees enormous growth potential for biotech in Michigan, and he gives part of the credit to groups like TechTown and GLSCIC.

"The companies that have started great innovations [have done so] as a result of an ecosystem has grown up around that network of services and consulting groups," he said. "Detroit has had a pretty decent measure of that kind of talent and expertise, which has benefited the growth of those young companies." 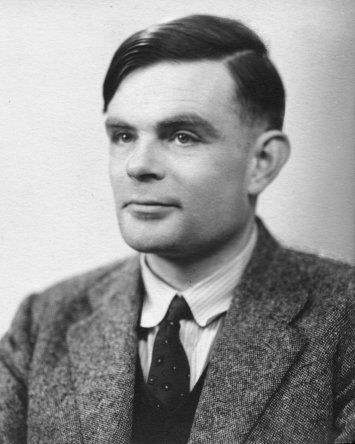 1 / 13
2012: The Alan Turing Year
<a href="https://www.huffpost.com/topic/alan-turing">Alan Turing</a>, a British computer scientist and WWII codebreaker, is considered the father of modern computing. 2012 marked the centennial of his birth with a celebration of his life and scientific influence.
Wikimedia