The name sounds catchy, even cute: the "blight bundle." Its contents, however, are far less appealing: 6,350 properties -- mostly abandoned homes in disrepair and overgrown vacant lots -- peppered across the city of Detroit.

No one was really expected to buy the so-called Detroit blight bundle when it entered the Wayne County tax foreclosure auction earlier this month. But someone did.

A group of developers led by Herb Strather put in a $3,183,500 bid -- just over the required minimum -- for the 6,000-plus properties and won the lot as the only bidders when the auction closed Tuesday afternoon. 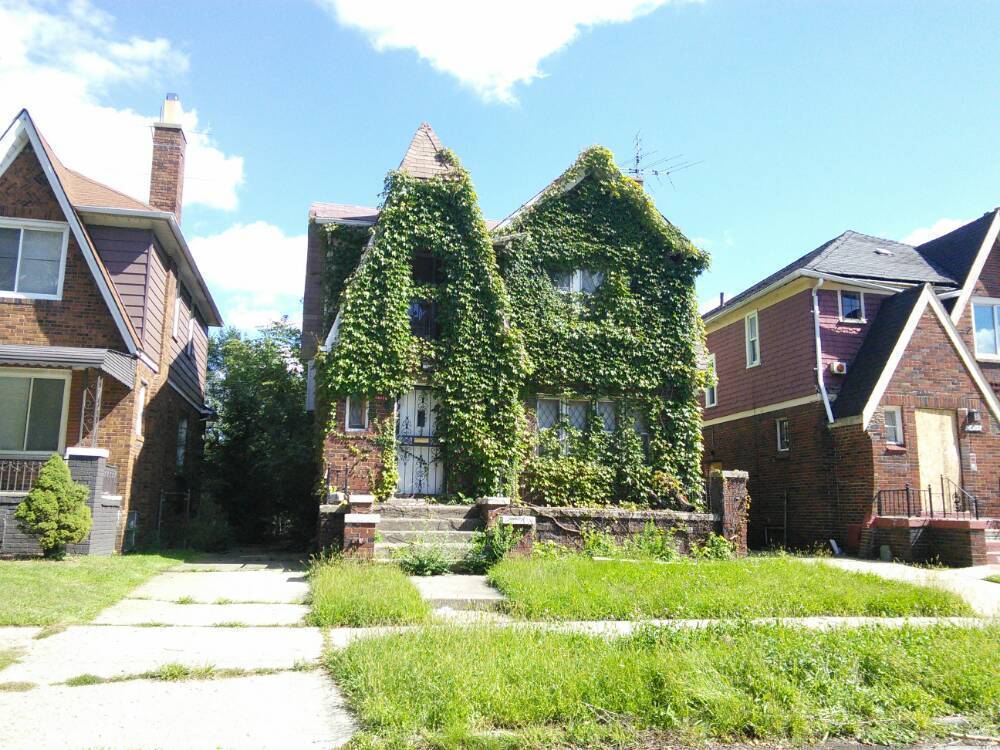 Strather is one of the partners in Detroit Bundle LLC, along with Texas company Eco Solutions and others. He is also the chairman of real estate development firm Strather Associates and runs a real estate school "creating the next generation of developers in Detroit." This latest venture germinated as part of a class about online bidding at his Strather Academy.

"We were rather shocked [by the sale of the bundle]," Strather told The Huffington Post. "We turned on a dime, if you will, and decided to be the bidder, because we were concerned. We wanted to make sure the redevelopment of Detroit was in Detroiters' hands."

Strather said he has about two dozen students who will be working on the properties.

"They're going to add a lot of great value to the development project by doing a lot of sweat equity," he said. 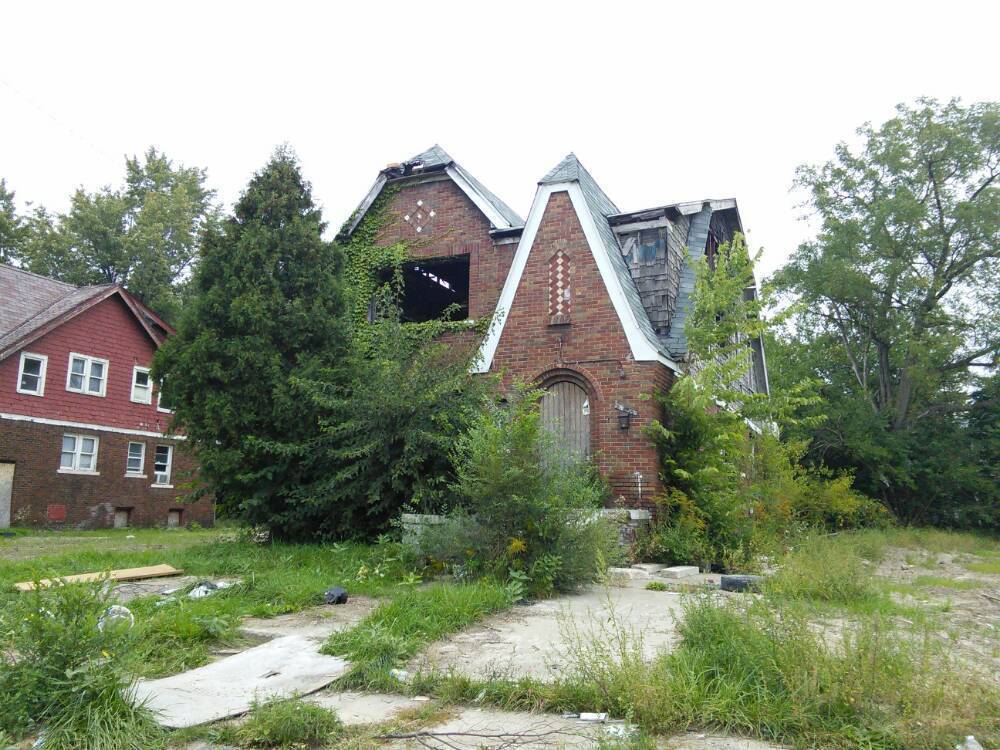 Strather was previously a casino developer and has been involved in various Detroit investments throughout the decades. One of those earlier projects was the redevelopment of the Hotel St. Regis. Strather was the lead of a group of investors, and in 2009, they defaulted on an $8.7 million loan for the project.

The sale of the Detroit properties is not final yet. Winners in the county tax auction must pay 10 percent of the total price the day after winning, and the rest is due within 14 days.

Strather and his partners have more requirements to meet: Within six months, they must demolish all the blighted properties and have development agreements with the county for any deemed salvageable. If they fail to meet that timeline, ownership for all the properties could revert to the county.

As one of the creators of data transparency projects that map Detroit's blight and provide easy access to information on the foreclosure auction, Loveland Technologies CEO Jerry Paffendorf has a sense of the scale of Strather's project. 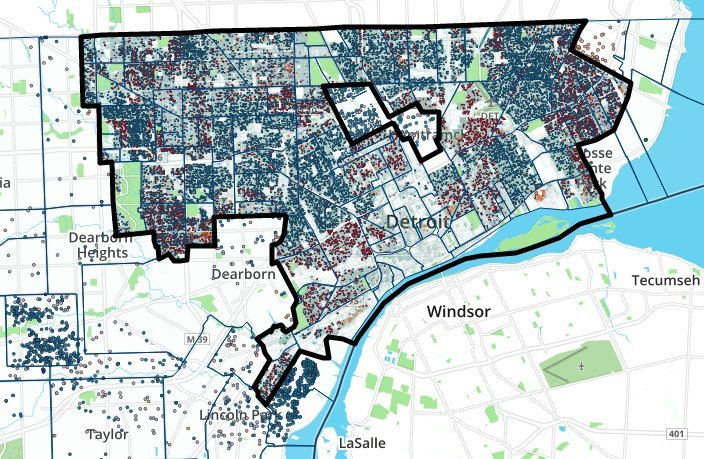 Red dots indicate properties included in the blight bundle; blue indicates other properties in the tax auction. Map courtesy Why Don't We Own This?

Why does it seem so impossible? Because it was pretty much meant to be. The properties were bundled to discourage speculators from buying them individually. If Strather's group hadn't bid, vacant lots and houses in good shape would have gone to the Detroit Land Bank, where the sales agreement makes more demands on the buyer, and the blighted properties could be dealt with more efficiently.

"This process will speed the demolition of properties that continue to be a cancer in Detroit neighborhoods," Mayor Mike Duggan and Wayne County Treasurer Raymond Wojtowicz said in a statement when they announced the blight bundle. 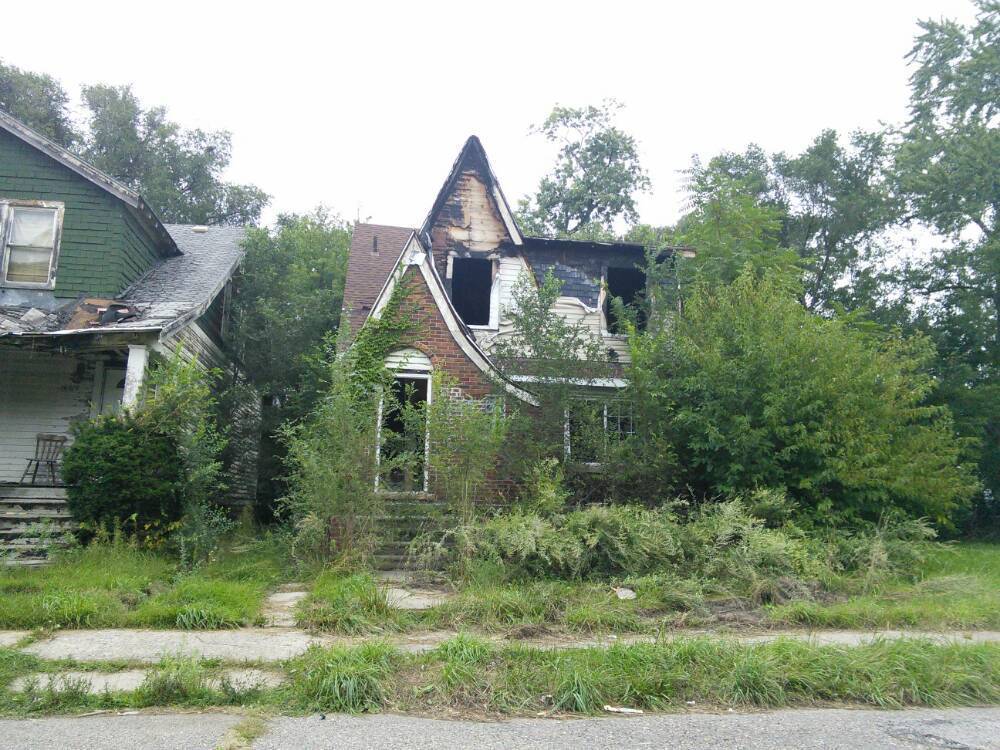 It was assumed that no one would want to take on the behemoth of 6,000 properties and that they would go directly to the Land Bank without bids.

"Now what we have to do is find out if indeed this group is serious about taking on such a task. And if they're willing to do so, we're willing to listen," Wayne County Chief Deputy Treasurer David Szymanski said.

In the next two weeks, the county will be working closely with the developers to attempt to come up with a plan that satisfies all parties, Szymanski said. 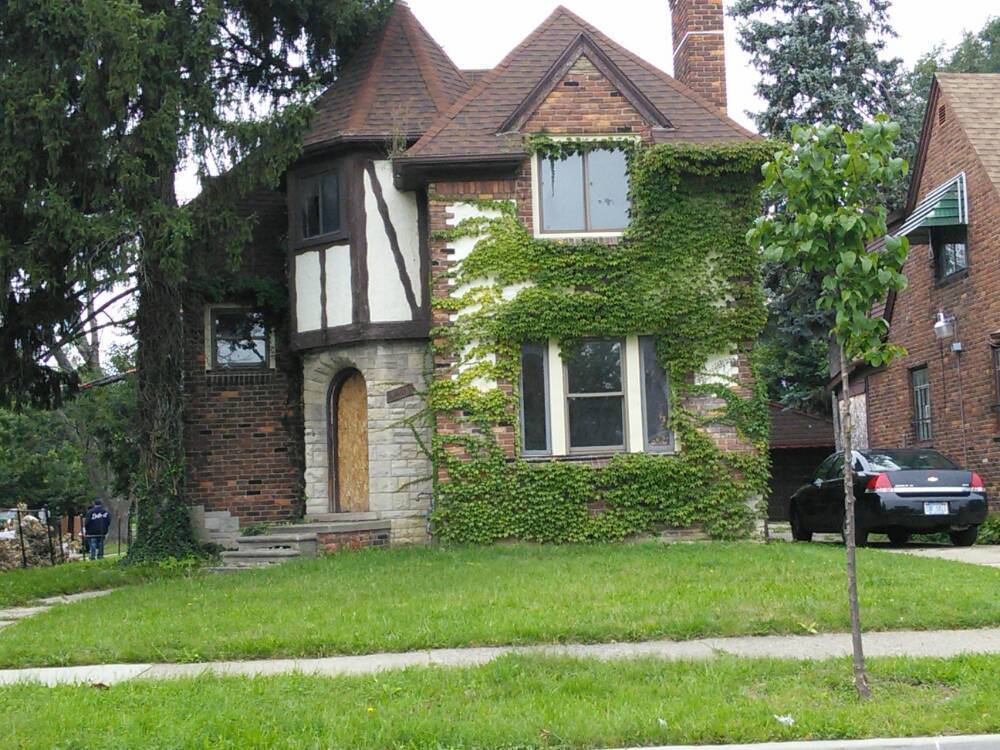 Strather said they had surveyed a large chunk of the properties so far. Szymanski told the Detroit News that 2,000 were vacant lots and about 3,000 would likely need to be torn down -- an undertaking that's bound to be pricey. The average $500 per property may sound like a steal, but that doesn't factor in the millions more that will be needed for demo and rehab. At Detroit's average demolition cost, it would take $30 million to tear down the blight. 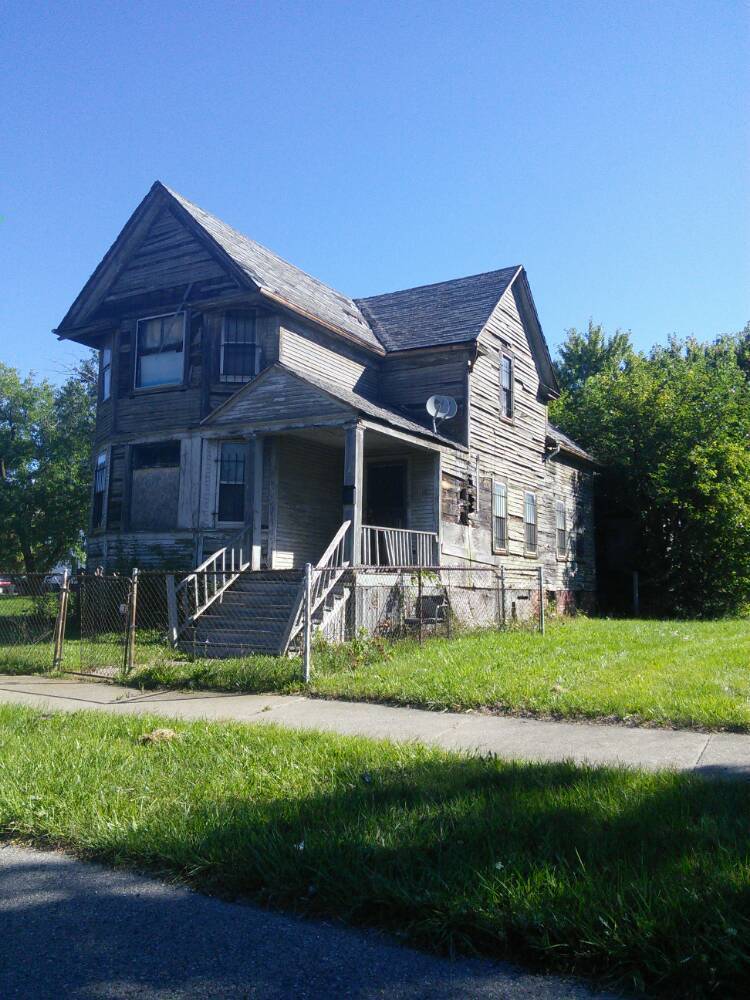 Though Strather said it was important to involve community stakeholders in his plans, some have reservations. A group of neighbors, for example, told the News the city said they could buy abandoned lots -- some of which have been turned into farms, gardens and parks -- for $100. Those properties now belong to Strather.

Strather, however, seemed beyond enthusiastic about the challenge that lies ahead.

"I think I was born to do it," he said. "The idea of redevelopment in my community would be a work of love." 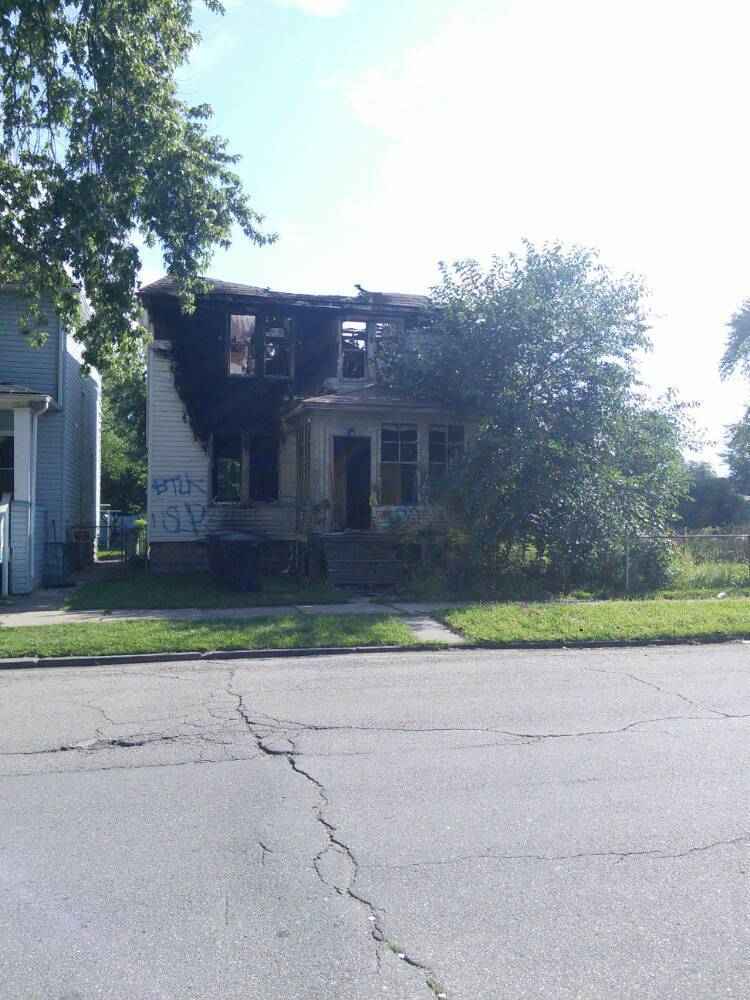 And if it's a work of love that can't be completed in six months?

"With 6,300 properties, we'll probably give them a few extra days," Szymanski said dryly.

UPDATE: Oct. 30 -- Herb Strather and his partners made the Wednesday afternoon deadline to pay the initial 10 percent of their bid for the 6,350 properties. At a press conference held earlier that day, Strather spoke with passion and even shed a few tears while talking about rebuilding Detroit. However, he did not release extensive details about his development plan for the 6,000 properties, in part because he is still negotiating with the county.

Strather emphasized the importance of neighborhoods and community-led development, saying that every neighborhood in Detroit deserved a sit-down restaurant, retail shops and new housing. He said he believes it's "homeowners first" and said if any struggling families were currently residing in the properties he would work with them. He also plans to work with community groups and individuals who had earlier plans to buy vacant lots included in his bundle.

"We have the chance to arrest the decay and rebuild,” he said.

A potential issue with Strather's plan arose when he addressed his blighted properties. He referenced using public dollars by working with the Detroit Land Bank and accessing the federal funding they've used to raze abandoned buildings. But the demolition funds could legally only be used for properties owned by the Land Bank, a spokesman told the Detroit Free Press. Strather said demolition would take much longer than the required six months, which would only be allowable if the county agrees to new terms.

See several more of the homes included in the blight bundle below, and explore all the properties here. 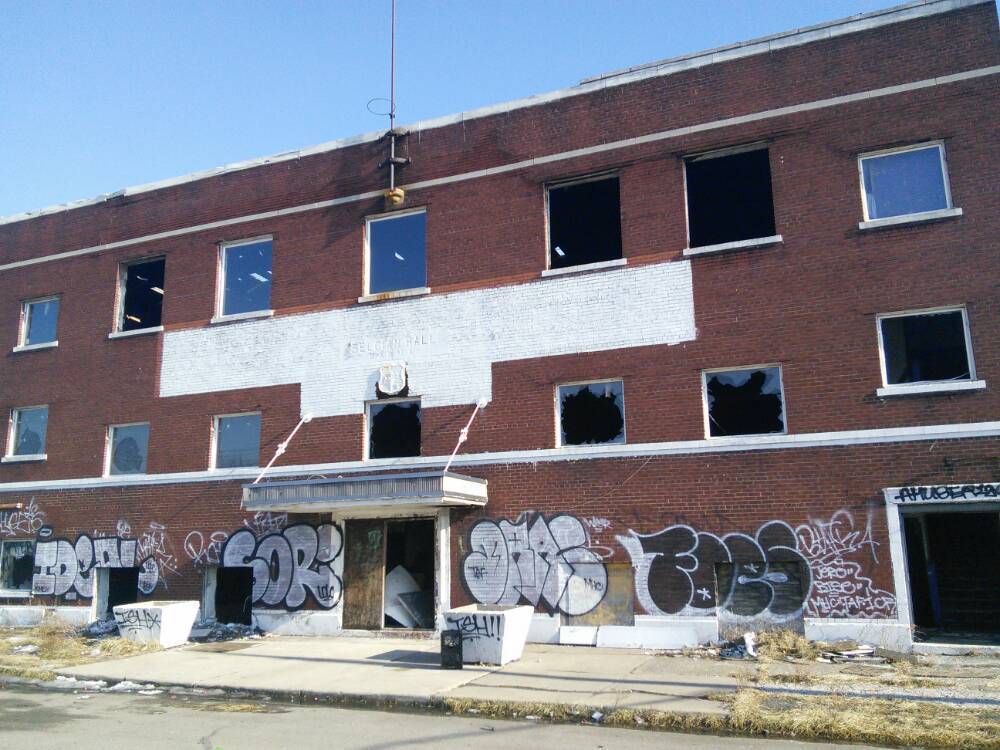 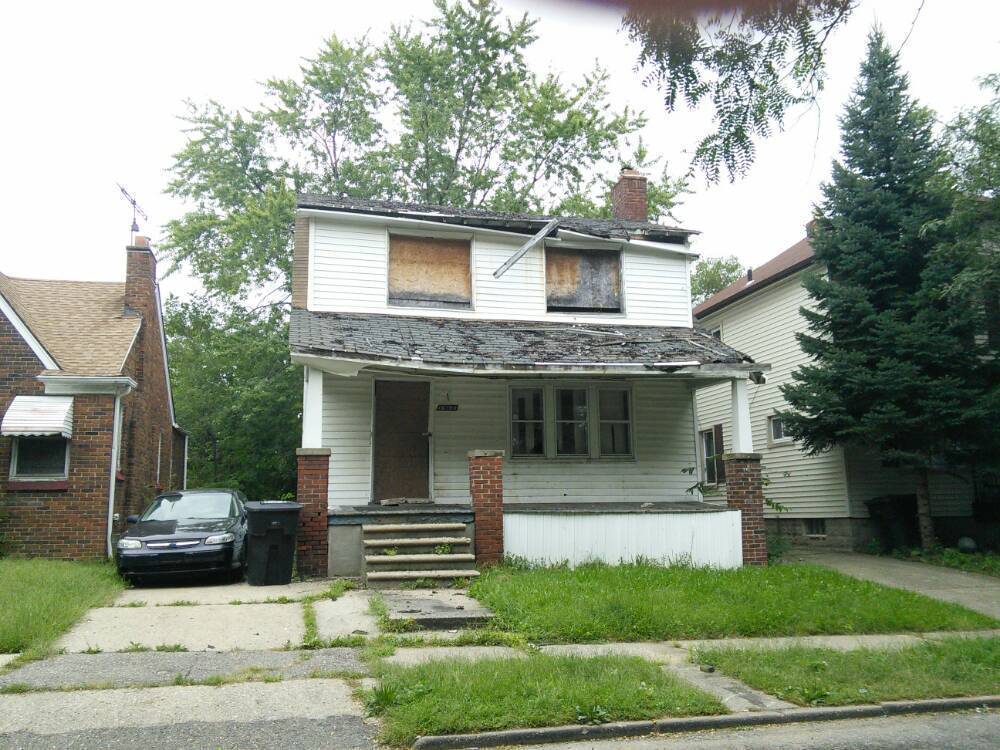 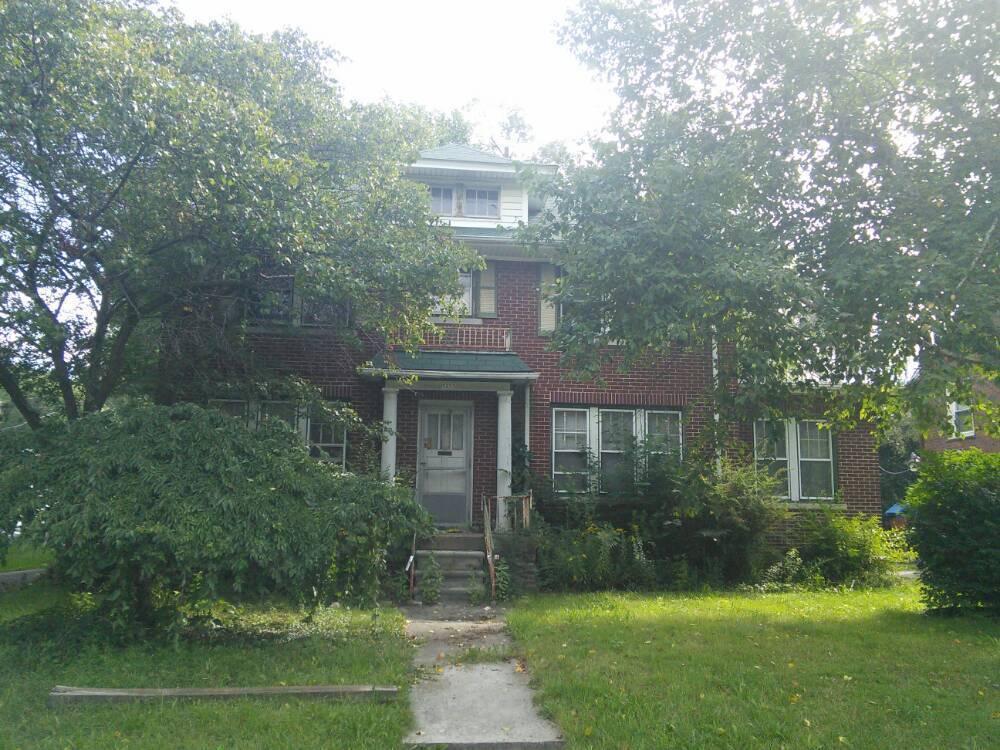 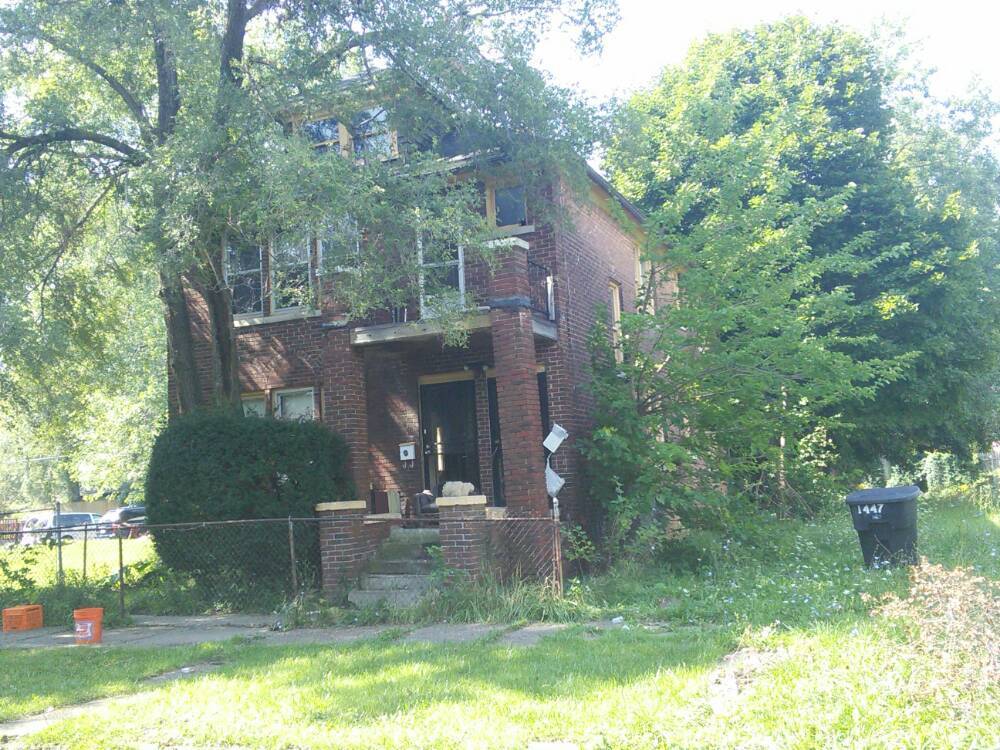