In Detroit, the devastating economic effects of deindustrialization continue to push inhabitants away from what was once the fourth-largest city in America.

Michigan Governor Rick Snyder, aware his state's manufacturing sector might be in permanent decline, has been on a campaign to reinvent his state. "We cannot cling to the old ways of doing business," he said in response to the newest census numbers. "We cannot successfully transition to the 'New Michigan' if young, talented workers leave our state." Chrysler has been on the campaign trail too, releasing a Super Bowl ad with Eminem titled "Made in Detroit."

A recent book called Ruins of Detroit depicts how Detroit's downturn has turned to decay over the last several years: Abandoned hotels, houses and schools line the streets as a reminder of the city's slow economic decline. The devastation takes on an eerie beauty, as captured by Yves Marchand and Romain Meffre. The book, published in 2010, depicts Detroit's urban landscapes over several years.

The photographs show once-lively structures of an American city, now remembered by its remains.

The entire collection of photos can be found in the Ruins of Detroit book, or at Yves Marchand and Romain Meffre Photography

Take a look at the ruins of the city: 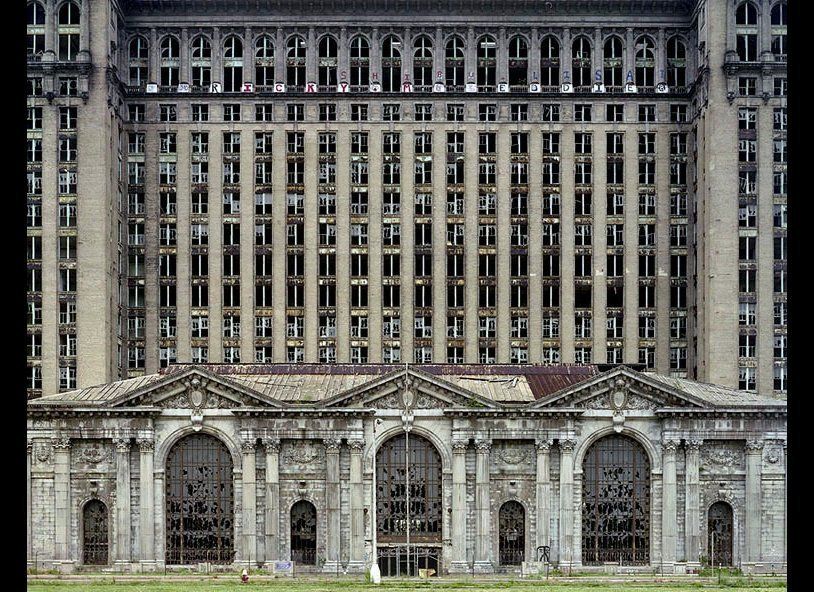