General Motors and Chrysler have received a total of around $17 billion in loans from the government; Ford wants to be able to draw on a $10 billion government credit line if and when they need it.

As of right now, AIG has taken-in $170 billion from taxpayers.

Why does Detroit get 10% of what the banks and Wall Street have been loaned, and without doubt more cash headed their way?

Why were Detroit and UAW leaders grilled sternly and publicly in testimony before congress, while executives from Wall Street and the banks have been able to avoid that spectacle?

Why does Washington think a 100-year old manufacturing industry, which employs between three and four million American workers, and arguably was the single-greatest creator of our middle class, isn't as important or critical as industries which produce, essentially, nothing but numbers on paper? 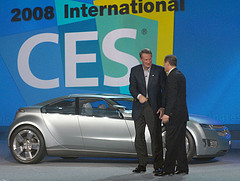 And why do many members of congress (and the other usual suspects, including the US Chamber of Commerce) say that the wages fought for and won by the UAW should be tied to the lower wages paid to non-union workers by the "captive imports, foreign-owned car- and car parts-makers located mostly in the nation's southeast?

Here are other ways we've seen Washington cower under Wall Street, while Detroit has been told go to hell.

- GM and Chrysler were told by Washington that in order to get any money from government, they had to prepare, and turn-in this month, "viability reports," detailing renegotiated union contracts and agreements with bond holders, the state of future products and specifying how and when they will pay back the loans.

- No such demand was made of any of the financial institutions, and in fact the first $350 billion in TARP funds is "missing in action." 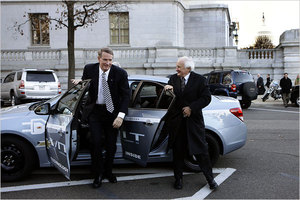 (In front of the US Capitol, GM's Wagoner steps out a Chevrolet Volt mule," what they call vehicles used to hide new powertrains under the sheetmetal of an existing car or truck. Getting out of the back seat is Detroit-area Cong, Sandy Levin, brother of Michigan Sen. Carl Levin. GM and Chrysler must have said some dumb things in DC when one company gets almost 100% more in TARP funds than Detroit)

- Another part of Washington's loan conditions for the Detroit Three and the UAW was renegotiating existing union work, health and retirement contracts covering current and future employees. No such demand has been made of the banks or Wall Street getting TARP money, and AIG, for example, says that bonuses "must" be paid because of existing contracts. So far, the Obama Administration hasn't said they can force AIG to renegotiate the bonus contracts. But if they forced Detroit, why not AIG?

- Most all of the house and senate members who oppose help for America's domestic car-making industry are republicans (with a blue dog democrat or two) with the car- and auto parts-making operations of foreign-owned captive imports in their states and districts.

- Hearing President Obama voice our collective anger and frustration towards AIG certainly allowed some venting by all of us, but the bottom line has to be: some kind of fairness when handing-out TARP money.

- Financial services companies and banks can, if necessary, be run by government, and there's no lack of business graduates pouring out of Wharton, Harvard and Yale who could hit the ground running. Maybe a little inexperience is just the thing for those outfits. FDR made Joe Kennedy the first head of the SEC because Kennedy was the shrewdest, most crooked and most experienced trader on Wall Street; FDR figured not only did Founding Father Kennedy know all the tricks, he invented a bunch of them. The choice was akin to FDR appointing Charles Ponzi his Treasury Secretary. 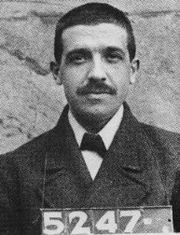 (Charles Ponzi, once a hero to Wall Street in a booking photo circa 1910; remind you of anyone else?)

Running a car company requires an entirely different set of skills, which may explain why the bean-counters who have run GM, Chrysler and Ford the past 30 years haven't done a good job; in fact, they've beached their own industry and endangered the world economy and the jobs of millions of Americans and more worldwide.

The adversarial relationship between Detroit and Washington has been ingrained so strongly on both sides that too many of our people view our domestic industry not with pride, as you're likely to find among people in Asia and Europe who respect their own car industry and support it at all costs, but as populated by a bunch of greedy big shots, the car versions of Tom Wolfe's Masters of the Universe, our own modern-day robber barons, making lousy products with safety and the environment mere afterthoughts and with "shoving metal down the throats" of buyers their most important cause. Not that Detroit doesn't deserve much of this reputation. 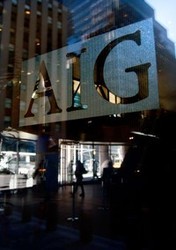 This is what we mean by the UAW fighting hard for decades to get their members fair pay: There was blood in the streets during the legendary Battle of the Overpass in May, 1937, outside a Ford plant. UAW leader Walter Reuther led unarmed auto workers against a phalanx of well-armed Ford security people and other mercenaries hired by Henry Ford and his evil, violent henchman, Harry Bennett, infamous for keeping a loaded pistol in the top drawer of his desk.