A proposal that will appear on Detroit ballots Tuesday could partially decriminalize the possession of small amounts of marijuana. But how it would affect policing in the city is still up for debate.

Proposal M would amend a 1984 Detroit city ordinance in order to exempt adults over the age of 21 from being prosecuted for the possession of less than an ounce of marijuana on private property.

In June former Detroit Police Chief Ralph Godbee -- who resigned last month due to a sex scandal -- said even if the measure passed the department might continue to enforce existing state and federal laws outlawing marijuana possession.

"A city ordinance can't trump that," he told MLive. "So that would be the priority for us. If you look at the amount of devastation that substance abuse has caused in the inner city, anything that makes it easier to access that, fundamentally I'm opposed to it."

Detroit police had no immediate comment on how the proposal would affect policing in the city.

"The Detroit Police Department is aware of this proposal, and will be ready to address this ordinance, if it should pass," Sgt. Eren L. Stephens, a DPD spokeswoman, told the Huffington Post.

The Coalition for a Safer Detroit, which put the measure on the ballot, says its passage would encourage Detroit police to focus more of their resources on serious crimes. A statement on the group's website argues that de-prioritizing marijuana possession as a crime would save the police and courts a considerable amount time and money:

"The 36th District Court records indicate there were 1,521 arrests in 2009 for simple possession or use of small amounts of marijuana in Detroit. Every hour spent by police officers, prosecutors and court personnel processing minor marijuana offenses is time being diverted from dealing with crimes that produce real victims. Each case requires a minimum of 5 hours to process at an estimated cost of $350 per hour, making the total cost of these unnecessary prosecutions more than $2.6 million per year."

Detroit City Council wouldn't consider the issue when it was brought before them in 2010, on the grounds that the measure conflicted with state law. Following the advice of the city's Law Department, the Detroit Election Commission later voted 3-0 to block the referendum. It became the subject of a lengthy court battle before finally being certified for the ballot this year. "I would like to see those statistics on those individuals who are in prison and who are placed behind bars who strictly had that amount of marijuana on them and that was the only reason why," Detroit Council Member James Tate told The Huffington Post. "That kind of information was not presented to us when the referendum was being requested for us to place it on the ballot."

Although never a sworn police officer, Tate worked with the Detroit Police Department as 2nd Deputy Chief before being elected to council. He said he remembered that, during his time with the department, a number of individuals arrested for committing crimes were either in possession of or under the influence of marijuana. Tate said that some parallels could be drawn between the drug and criminal offenses, though he also said that didn't mean marijuana was a cause of any individual wanting to create or take part in criminal activity.

But the councilman told The Huffington Post that regardless of whether Proposal M passes, he doesn't believe it would have any immediate effect on local policing.

"We can talk the ifs, possibles, maybes, but the reality is in fact that marijuana is a federal crime," he said. "Depending on how the voters cast their ballots, it may send a message either one way or the other, but right now by law we still have to follow the what's federally mandated."

For a list of surprising marijuana reform advocates look below. 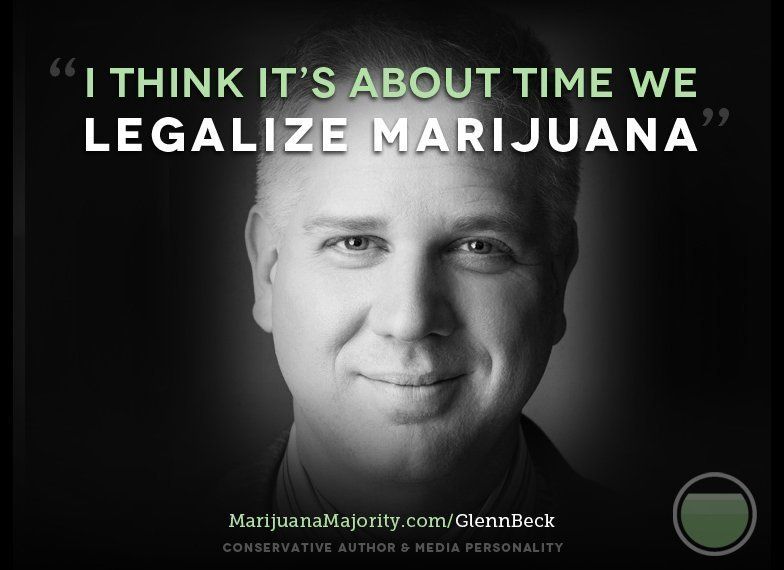