In downtown Detroit, the battle between parking and preservation usually tips in favor of those with the deepest pockets. The Madison-Lenox Hotel is now a parking lot owned by Mike Ilitch. The Adams Theatre was torn down with taxpayer money. The Lafayette Building, now a pocket park and garden managed by Compuware, was demolished to make way for future development in 2010.

So when Pontiac Silverdome owner Andreas Apostolopoulos announced last week he will consider tearing down the Detroit State Saving Bank building at W. Fort and Shelby St. in downtown Detroit, preservationists online sounded the alarms for another battle. His Toronto-based company, Triple Properties, recently purchased the State Savings Bank, which was built in 1900 and is on the National Registry of Historic Places, for $700,000. He also purchased the Penobscot Building, which is currently only half-occupied.

According to the Detroit Free Press, Apostolopoulos said he'd spend $20 million building a parking garage for the future tenants of the Penobscot after razing the 112-year-old Beaux Arts beauty, creating "lots of jobs." “Detroit needs parking,” he said. “If we don’t have parking people won’t come downtown… We tried to bring some tenants downtown and the people are not coming because there is no parking.”

But according to Rob Linn, an urban planner and analyst with Data Driven Detroit, Apostolopoulos' claims might contain more bunk than business sense. Linn shared the results of his recent survey of the downtown district's parking problems. These answers might surprise you.

Let's get the facts: what's the actual inventory of parking lots and spaces in downtown Detroit?

As of June, when I last did a survey, downtown had 55 garages and 163 surface lots, with a total capacity for 70,877 vehicles. This doesn't include the on-street parking, of course. Among the downtown areas I've examined, Detroit's parking supply is relatively typical for a city in its condition and of its size. The fact that such a high percentage of our parking comes from surface lots as opposed to parking garages is quite unusual, however.

Are Detroit's parking options enough to currently serve the downtown business population, in your opinion?

That last, albeit slightly old, downtown employment number I've seen was from the DEGC's "Downtown Detroit In Focus" study that found 80,500 workers downtown. Given that the Census Bureau estimates that 8.5% of Metro Detroiters drive in carpools, and another 4.6% walk, take taxis, or bike to work, we're likely near capacity in some areas of downtown. Of course, this is more a shortage of the most convenient parking than a shortage of parking.

If people were willing to walk a little further, we'd have far better utilization of our existing parking supply and less of a need for parking. While we might have a shortage of parking in the financial district during peak business hours, we have a glut of parking that goes unused most days a few blocks north in Foxtown. If people would be willing to walk a couple extra minutes to their destination, we'd have a far lower need for parking because each parking spot could serve more destinations. Are there other options to facilitate more parking in Detroit before tearing down a historic building? What ideas would you like to toss out?

Of course! I think the first response might be to convert surface lots to garages. Parking garages are far preferable to parking lots, Detroit is home to a number of well-designed garages that cleanly tie in with the urban fabric. I think of Compuware and 150 W. Jefferson as model facilities in this regard -- they don't interrupt the flow of the city. Of course, increasing parking supply is only one solution to satisfying a growing demand for parking. If downtown employers offered subsidized SMART passes or bike allowances the same way they offered free parking, you'd invariably see shorter lines at the parking gate.

Is Detroit's parking crunch any different from that of other major downtown business districts, in your opinion? Or is limited parking simply a cost of doing business in a big city?

Detroit's downtown has far more parking per worker than nearly every major downtown in the country, from San Francisco to Atlanta, New York to San Diego. Indeed, I think limited parking is simply a cost of doing business in a major city. I don't have any data to prove this, but I've often suspected that our parking culture stems from the fact that the city is such a relatively small portion of the region's population. Because such a comparatively high percentage of downtown workers come from areas with ample parking, a parking-expectant culture pervades downtown.

Below, see America's most endangered historic places. All photos courtesy of the National Trust for Historic Preservation. 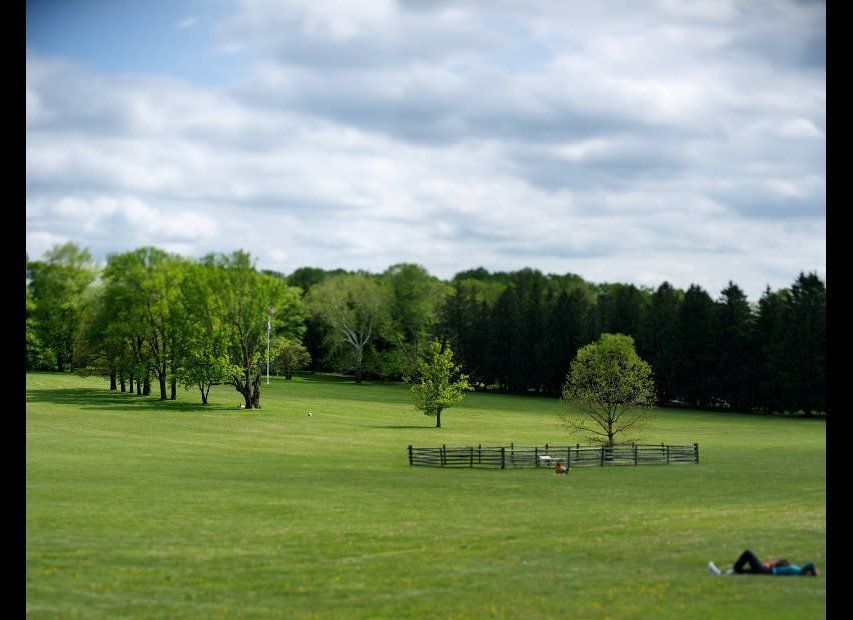 1 / 51
Princeton Battlefield, Princeton, N.J.
The site of an historic battle during the American Revolution is now threatened by a proposed housing development.