The president of the union representing thousands of retired Detroit employees called Tuesday's bankruptcy decision "inhumane" and promised a robust campaign against the state's governor if he runs for reelection.

In paving the way for the largest municipal bankruptcy in American history, the ruling from a federal judge will allow the city to reduce pensions for retired city workers in spite of protections in the state constitution. General workers' pensions in Detroit average around $19,000 per year, while cops' and firefighters' hover around $30,000.

Lee Saunders, president of the 1.6 million-member American Federation of State, County and Municipal Employees, told HuffPost Tuesday that it is "morally corrupt to attack retirees getting $19,000 a year."

"These folks live day to day," Saunders said. "Just imagine how they're feeling. Now they're facing a possible cut and there's no telling what it might be. They'll be making choices between putting food on the table or buying necessary medications. It's just nuts. It's inhumane and it's morally wrong."

Public-sector workers, he added, have been "scapegoated" for budget problems and now carry "a bull's-eye on their backs."

Saunders said the union will appeal the ruling and consider its next steps. He blasted Gov. Rick Snyder (R) for keeping pension cuts as a central piece of the bankruptcy plan. The city has about $18 billion in liabilities, $3.5 billion of that in pension obligations.

Snyder's state-appointed emergency manager for Detroit, Kevyn Orr, has made the case that United States bankruptcy law supercedes the pension protections written into Michigan's constitution -- an argument the federal judge agreed with in his opinion Tuesday.

"You've got some very frustrated and angry people out there, and they're obviously going to play much harder in 2014," Saunders said. "Governor Snyder cannot run away from this. Pensions are guaranteed in the constitution. He could have easily said pensions are off the table."

Public-sector union leaders around the country are watching the developments in Detroit closely, as the case could be a bellwether for other municipal bankruptcy cases.

In a statement Tuesday, Randi Weingarten, president of the American Federation of Teachers, called the ruling "a dark day for the people of Detroit who worked hard, played by the rules and are now at risk of losing everything." 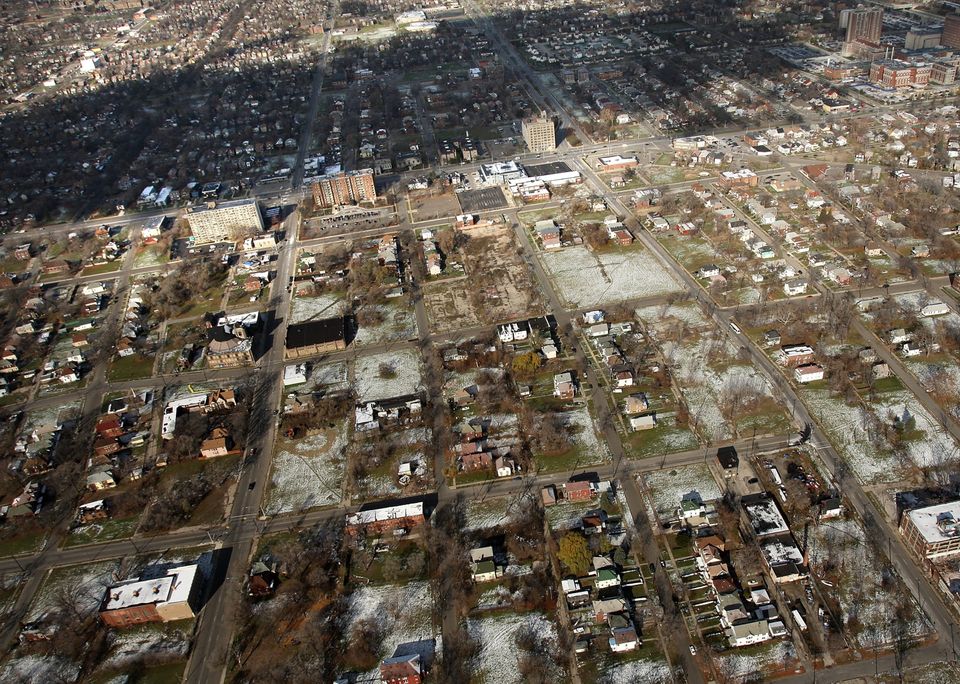 1 / 16
83780435
A neighborhood stands with numerous empty lots on November 21, 2008 in Detroit, Michigan. As car and truck sales have plummeted across the country, large inventories are building at dealerships and factories. The Big Three U.S. automakers, General Motors (GM), Ford Motor Co. and Chrysler LLC, failed after appearing this week in Washington to receive money after asking the government for federal funds to curb the decline of the American auto industry. The city of Detroit, home to the Big Three, would be hardest hit if the government allows these auto makers to fall into bankruptcy.
Getty Images