Demographers and scientists alike broadly predict that once the history of the 21st century is written, water will have emerged as the primary commodity driving the socioeconomic forces shaping world politics and the well-being of the global population estimated even by mid-century to exceed nine billion. (Almost a 30% increase from now for those keeping track...)

Whatever energy alternatives the vicissitudes of oil pricing and availability drive along the way, concerns with accessible power sources will pale alongside the specter of thirst and hunger arising from a shortage of the world's most basic source of survival, H2O.

That's why Detroit's alarming population decline first reported this week in the Times signals what can only be a temporary passage in the patterns of global settlement beginning right here in America. The built world is going to need places like a city, named after the French word for strait, along a river dividing two of the greatest freshwater lakes on the face of the globe (by size, the fourth: Michigan, and the tenth: Erie). 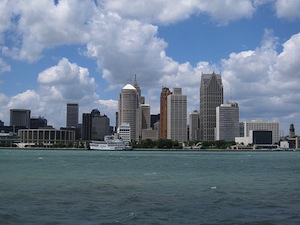 With population exploding in inauspiciously stressed water zones across all continents including the deserts of the American southwest and Rocky Mountains' dry eastern slopes and their nearby badlands, the limits to growth from lack of it will soon come into sharp focus. If not due merely to literal shortages initially made apparent by periods of drought, raising costs will accelerate the awareness, especially as a handful of large international corporate conglomerates are quietly privatizing the world's aquifers and controlling their terrestrial consumption. Without natural supplies and rainfall, such corporate control will monetize ever more effectively the cost of quenching thirst and growing crops, not to mention meeting the needs of sanitation and industry.

Just 2.5 percent of the world's water is fresh, and according to environment correspondent Alec Kirby of the BBC, "two-thirds of that is trapped in icecaps and glaciers." (No reprieve therefore from global warming, as, whether one believes it's caused by man or not, the lion's share of the resulting melt-off turns salty from the first liquefied droplet.) He goes on, "The amount of fresh water available for human use is less than one percent of all the water on the planet."

Which brings us back to Detroit and the colossal supplies surrounding it. It's the Saudi Arabia of fresh water! (Add in the ease of navigation from its surrounding waterways, stretching as they do from the Atlantic to the Mississippi by lake and canal.) 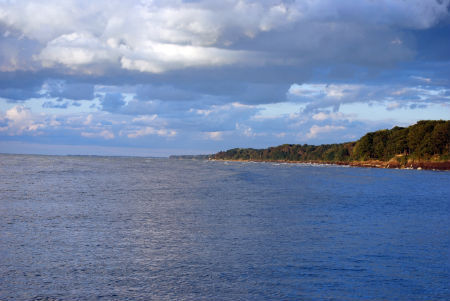 Sooner or later people will return and marvel that Nevada, Arizona, west Texas, and Dubai of all places once beckoned settlers ignorantly imagining a perpetual supply of affordable water. If those who can pay for it decide to stay in their artificially maintained oases, the tens of millions who cannot will gladly seek to to pursue their livelihoods in a place where the essence of life on earth abounds. At a time when public budgets and political will show no appetite for the kinds of massive (read: costly) governmental infrastructure needed to transfer water supplies to places where they don't exist, such localized, low-cost concentration offers even more evidence for the Motor City's eventual and promising rebirth.

The Romans started to figure out, beginning in 312 BC with the Appia Aqueduct, how to supply fresh water from long distance to spawn growth where the economics and political structures called for it. It worked well enough to sustain an empire but some claim the toxic lead piping feeding it ultimately abetted its downfall. There's no disputing, meanwhile, the genius of the technology and the example it set. 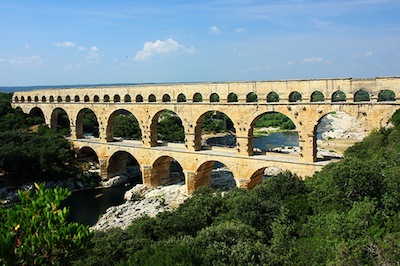 Such ingenuity has evolved in myriad, unimaginable ways through systems of waterways, pipelines, irrigation, and desalination, and it will continue to do so. Over time, however, the costs of such endeavor measured against dwindling reserves will -- like the production of oil -- forge renewed reliance on nature's most effective alternatives: proximity, bounty and thrift.

The future of Detroit is a wet one, and for that reason alone it shall rise anew and flourish through the most basic of human needs.