UPDATE: 4 p.m. EST -- Power has been turned back on for about a third of the customers who lost service in Detroit Tuesday morning, Mayor Mike Duggan said at an afternoon briefing. All power is expected to be restored by the end of the day.

"Today is another reminder of how much work we still have to do to rebuild the city," Duggan said. "The bankruptcy order doesn't solve decades of neglect of our infrastructure."

During Tuesday's outage, 900 customer locations were affected, including 81 schools and 36 fire stations. Though the fire department has several generators, they were not put in use at any stations; instead, doors were opened manually and fire truck were parked outside.

About eight people needed to be rescued from buildings without power, Fire Commissioner Edsel Jenkins said.

The problem occurred when a cable failed at 9:30 a.m. The PLD attempted to switch affected customers to another circuit, but a breaker on that circuit also failed, triggering the mass shutdown.

DTE Energy is in the midst of an 18-month inspection of the public lighting system; over the next four years, the utility company will take over the lighting system's management from the city. DTE is also investing $200 million into the system to serve the public customers due to the current infrastructure's age and disrepair.

During the four-year transition period, there is still a risk similar outages could occur, Duggan said.

A cable failure caused a widespread power outage in Detroit, prompting early dismissals for students, halting proceedings in a murder trial and leading to evacuations of downtown buildings.

"The city’s public lighting grid suffered a major cable failure that has caused the entire grid to lose power at approximately 10:30 this morning," the Public Lighting Department said in a statement. "We have isolated the issue and are working to restore power as soon as possible."

All public schools are dismissing early. A Detroit Public Schools spokesman told The Huffington Post that district-wide, students had missed hundreds of days of school this year due to power issues.

At the Frank Murphy Hall of Justice, Bob Bashara's murder trial was halted and at least two groups of people were briefly stuck in elevators, according to the Detroit News.

The Frank Murphy courthouse, as well as several other buildings, was evacuated. A spokeswoman for the prosecutor's office said power had been restored to the courthouse shortly after noon, but employees were told not to return until Wednesday. Detroit News Reporter George Hunter shared a photo before the evacuation:

More chaos in the courthouse pic.twitter.com/4xwktx5Cbn

"All emergency power systems are working effectively," Mallett said. "All patients are safe and well cared for."

Several fire stations were also running on generators, according to the Detroit Free Press.

Other photos showed some of the people affected by the outages.

Evacuations happening throughout downtown due to a massive power outage #Detroit #Local4 pic.twitter.com/xCNbefgCXf

Duane Albright, 62 (right) is escorted from the courthouse after being stuck on the 2nd floor for about a half-hour pic.twitter.com/dmN6mAtLDa 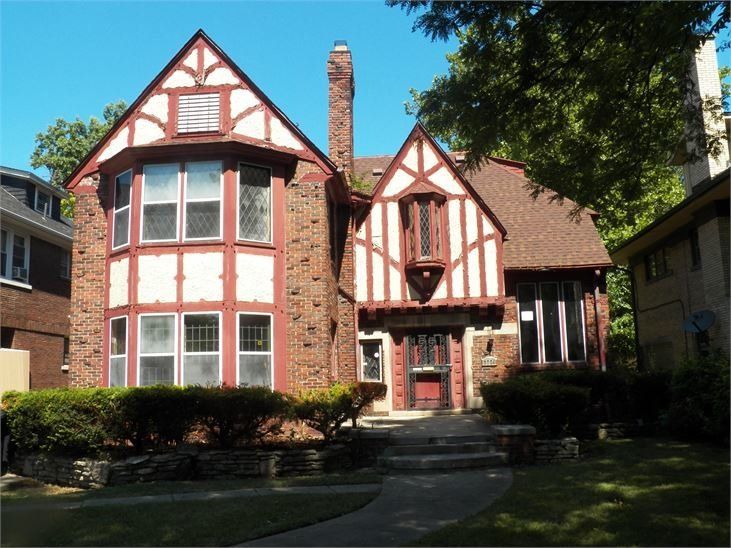 1 / 156
2224 W. Boston Blvd.
<a href="http://buildingdetroit.org/Listing/Details/392073/2224-W-Boston-Blvd" target="_blank"> 2224 W. Boston Blvd. </a> Bed: 7 Bath: 5 Sale date: May 27, 2014 The 4,200-square-foot tudor has a staggering 69 windows. Of course, the property still needs extensive work, including repairs to some of the windows, doors, fireplace and hardwood floors. It also needs the electrical wiring, plumbing, kitchen and bathrooms replaced. The first floor windows were all recently restored through a Michigan Historic Preservation Network workshop, and the home also has Pewabic tile baths, an interior fountain and a basement recreation room.
Detroit Land Bank Authority