Items from Detroit's recently closed Southwestern High School may soon be "going, going, gone" after an upcoming auction hoped to save the school district thousands.

Detroit Public Schools will be holding an auction to liquidate the building's contents on the website Biddergy.com Thursday, Oct. 18, from 8 a.m. to 8 p.m. The pilot program is expected to save up to $85,000 in costs associated with moving items to a warehouse. In the past, when schools closed, items were brought to one location, sorted and auctioned later.

The decision to close the school earlier this year, along with many others, was not without controversy. State Rep. Rashida Tlaib and about 30 other community members blocked traffic on Fort street in front of the building this May in an attempt to keep it open.

DPS has resorted to creative ways to raise funds from closed schools. At the end of last school year, they sought to drum up developers' interest in vacated school sites, touting historic architecture at the real estate conference "Old Schools, New Uses."

Items from the Southwestern High auction can be bid on and viewed online. Those wishing to catch a first-hand glimpse of the goods can swing by the school at 6921 W. Fort Street in Detroit on Wednesday, Oct. 17, from 10 a.m. to 4 p.m. Purchasers will need to pick up their items on Friday. 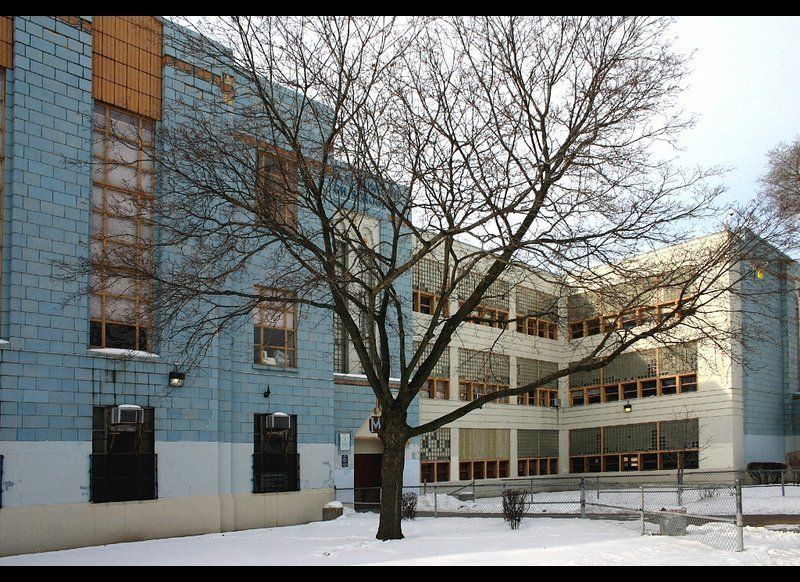