Detroiters used the occasion of the anniversary of Dr. Martin Luther King Jr.'s assassination to call attention to recent cuts to bus service in the city.

Members of Occupy Detroit held a candlelight vigil at the Rosa Parks Transit Center Wednesday night to remember the civil rights leader and join protesters across the country in a National Day of Action for Public Transportation.

Occupy Detroit's Stephen Boyle, who organizes with the Transit working group and uses DDOT as his primary form of transportation, explained why the group was tying a memorial for Dr. King to an event about public transit.

"Public transportation is a human right," he said. "Martin Luther King ... fought for rights for all people."

"I don't think I'd call it a human right, however," he said. "When you are responsible for managing an agency on a daily basis, you're balancing service with fiscal responsibility. There are tradeoffs and balances that you need to make."

Members of the Occupy Transit group believe citizens should have a louder voice in determining those tradeoffs. Boyle said members recently raised the idea of creating a citizen transit advisory board that would have direct oversight of DDOT.

The bus system already has an Advisory Commission in place, but its effectiveness has been questioned.

"If the decision-makers don't respect and aren't interested in what citizens have to say, mandating a board or panel isn't going to change that," said Megan Owens, president of Transit Riders United, which advocates for better transportation in the city. "It would be a lot more helpful for the existing committee if there were more riders on it."

"I can see in every part of the city how bad it is," he said.

PHOTO GALLERY
Day of Action for Public Transit in Detroit
Download
Calling all HuffPost superfans!
Sign up for membership to become a founding member and help shape HuffPost's next chapter
Join HuffPost 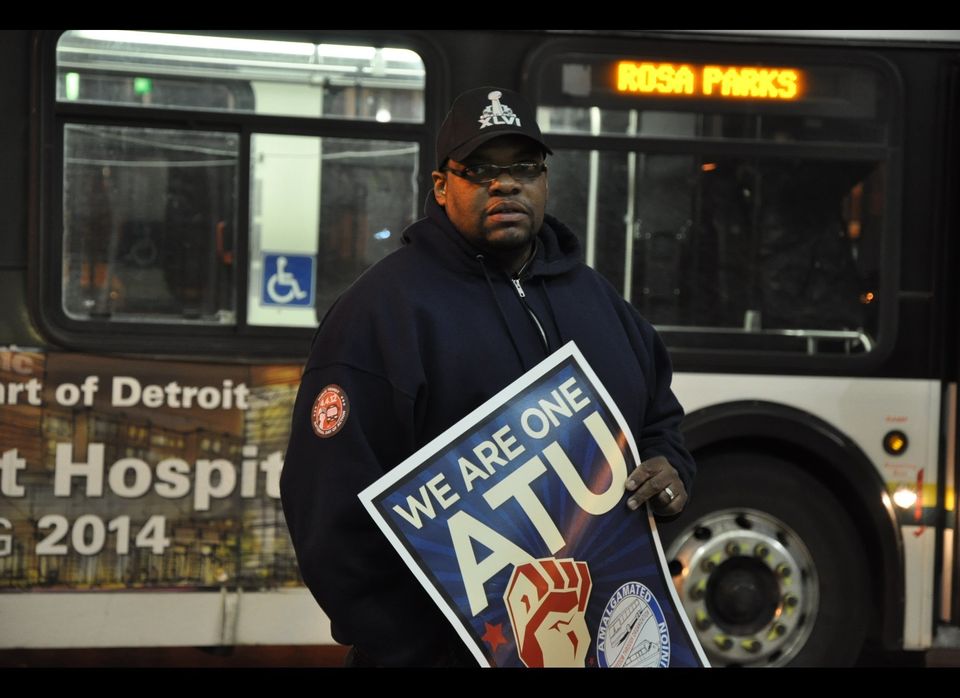 1 / 5
Amalgamated Transit Union worker Shaun Jordan said he was at the National Day of Action for Public Transportation to support the people of Detroit.
HuffPost