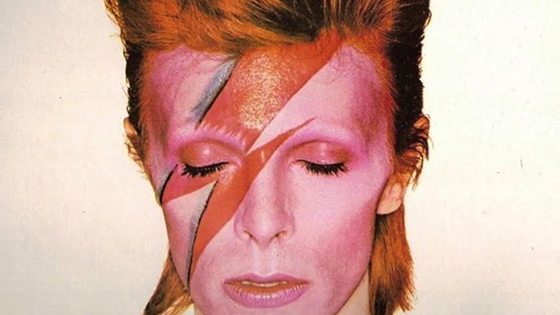 David Bowie was one of those figures that we all felt like was immortal, something beyond just a regular human. He lived life outside of the social bounds of gender, sexuality, understanding, and love. He transcended the ideals of life, using music, film, fashion, and simply his heart to change the world, and on January 10th of 2016, David Bowie left this plain of existence, but left us with so much than we could have ever ask of him.

On July 10th at the Meadow Book Amphitheatre in Rochester Hills, Michigan, the Detroit Symphony Orchestra, led by guest conductor Brent Havens, will perform The Music Of David Bowie, a one-night show celebrating the wonders of this legendary music artist. Havens has previously arranged/conducted a whole series of rock symphonies across the nation including the works of Led Zeppelin, The Doors, Pink Floyd, Eagles, Queen, Michael Jackson, The Who, Whitney Houston, The Rolling Stones, and U2, along with writing music for other orchestras, featured films, and television.

Recently, I was able to talk with Brent Havens and we discussed all the intricacies and obstacles that go into these rock symphony programs and why David Bowie's music lends itself great to orchestration.

How did this program come about doing the music of David Bowie with the Detroit Symphony Orchestra?

Well, we've played there I don't know how many times, half a dozen shows maybe with them? We have a whole series of shows. We play with orchestras all over the nation. We do everything from Led Zeppelin shows to Queen, Eagles, Pink Floyd, even Whitney Houston and Michael Jackson. We've been looking to do a David Bowie show since about last June. I was having a hard time finding data about his US sales. It's a little interesting but one of the things we look at is how artists do in the US because that's our main market. When he passed away in January, we were getting a lot of calls from orchestras asking if this is something that we were going to be pursuing, and we basically said we were. One of the orchestras on our list to always let them know what we we're doing is the Detroit Symphony. Obviously, they're a spectacular orchestra, so we wanted to let them know and that's how they found out about it.

You've already done so many symphonic rock programs, how do you go about figuring what songs are included and how to sequence them?

That's a very difficult thing for us because most of the artists we've done have massive catalogs and invariably, we get asked "Why didn't you do this tune!?". Well, we only have two hours on stage! A lot of these groups we could spend four hours on stage and I'd still get somebody saying "Why didn't you do this tune!?". They're massive catalogs and the artists are so well-loved and their fans certainly know every tune that's on every album and every guitar lick that's on every album, so it's really difficult to do that. Obviously, I look at their greatest hits, their albums that sold the most, stuff like that. I take a listen to all of their tunes. I try to listen to as much as their catalog as I can and pick tunes out of it by listening to it and determining do I think this will really lend itself to orchestration and will it work well? Obviously, you got to do the big hits. Like with Zeppelin, you are not getting out of the building without doing "Kashmir" if you're playing with an orchestra or "Stairway To Heaven". So Bowie, it's the same kind of thing, you're now getting out of the building without doing "Space Oddity" or "Changes", the best hits that he's had over the years. It is a very difficult thing. Somebody's always going to be a little upset that their particular tune didn't get played, but at the same time, they're big enough fans to go "You know what? I loved all of the tunes that you did, I was just disappointed that I didn't get to hear this one."

What sort of other obstacles if any do you face when trying to do rock symphonies like this?

Occasionally, there have been a couple of times where there's a song that only has two chords or maybe three chords (laughs). What do you do with a full orchestra for five minutes with two chords? Occasionally, there are some orchestration issues where I really have to try to figure out do I do counterpoint lines here? Do I have them play with the guitar players playing? Do I write some counterpoint to them? Whatever it is, that's always a challenge if the music has a tendency not to lend itself or a particular song might not have lend itself to orchestration. Again, if it's a huge song, you really have to make it work. That's a challenge for me. I think over the years with the experience that I have doing this over the past 20 years; I've learned how to make those things work.

With the spirit that David Bowie already had in his music, what was your perception of what you could do with his music using an orchestra?

His music is rich with harmonies and melodies and counter-melodies, its just great structurally. I think his music lends itself very well to orchestration and playing with a full orchestra. Just listening through the music now, it doesn't seem like that's going to be too much of any issue. There's so much richness in his music that I think it will lend itself very well to the orchestra.

With someone like David Bowie, having left us so much amazing music, what sort of story are you trying to tell with this program?

We are not trying to tell a story per se, what we're trying to do is celebrate the works of this artist. It's almost like going into a museum and looking at all the works of a particular artist. In this case, the people are coming to the concert hall to take a listen to some of the greatest works that this artist has done. My job is to present what I think is the best of each of the eras of his life. With some of the bands, there's not so much of a line of demarcation against this period of this group's like they did this kind of music, then later they did this kind of music, and then later they did this. Whereas Bowie, I think did actually have a whole lot of that. He had so many aspects to his life and to his music that you can almost here the difference as you're going through. Its almost like a timeline without telling a story necessarily, but there's a timeline to his music and you can almost hear the difference in his music as you are going through the programs, going through the albums over the years. What I'm trying to do is celebrate each of those sections and really make those particular tunes stand out by having a full orchestra behind them.

The Detroit Symphony Orchestra will perform The Music of David Bowie with guest conductor Brent Havens at Meadow Brook Amphitheatre on Sunday, July 10th at 7:30pm. For more information and to purchase tickets, visit dso.org.