On July 18, Detroit became the largest city to declare bankruptcy in American history. Given the perpetual decline in its manufacturing jobs, population, and tax revenues, the announcement was hardly shocking. But it was an ominous harbinger for other cash-strapped cities with large unfunded public sector pension and healthcare liabilities, or legacy costs. The euphemism of 'legacy costs' will be heard more and more in the coming weeks, as municipal and state legislators try to shift the conversation from one of human sacrifice to one of sound business judgment. 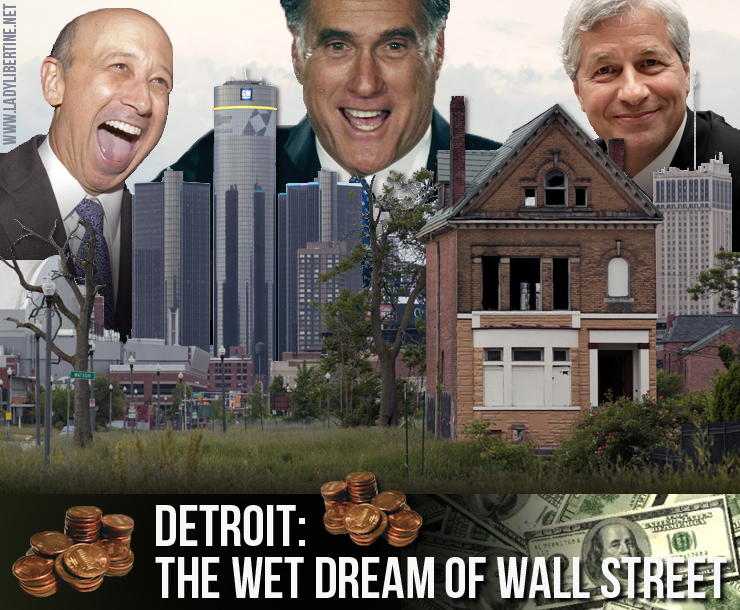 Many decry the bad governance of Detroit and delight in its demise, but malfeasance and stupidity are not exclusive to the Motor City. The American retirement paradigm of the defined-benefit pension is a Ponzi scheme. In order to hold down wage increases, both politicians and business leaders have historically opted to make unrealistic long-term promises, preferring to delay present pain to future generations. The existence of government is guaranteed; the existence of a particular corporation is not. The corporate world has largely transitioned to 401k plans as a result of federal regulation created in the wake of major corporate bankruptcies, but the public sector was not subject to the same.

The looming time-bombs of unfunded and under-funded pension liabilities threaten to shred the very fabric of American society. Detroit should spur a frank discussion on American values: Will we take the painful steps necessary to fundamentally change our funding of retirement? Is it okay to sell off public assets at pennies on the dollar to satisfy bondholders, while reneging on promises made to pensioners? Will we allow our government to continue to favor Wall Street at the expense of Main Street?

It is inconceivable that Republicans and Democrats will magically unite to come to Detroit's rescue. More realistic is that Mitt Romney, Michigan's golden son, will come riding in on a white horse to save the day. There will be plenty of altruism on display, and sweetheart deals -- or rather sweetheart steals -- behind-the-scenes. The city will become a land grab, a plutocratic Homestead Act for the modern age. Don't believe the canard that Detroit is dead... Detroit is the wet dream of Wall Street, the canary in our economic coal mine, the true legacy cost of our greed is good ethos.