An aspiring model in Louisiana just updated her portfolio... with her mugshot.

Devan Serpa, 28, was arrested July 3 in connection with a June 27 shooting. Police in Morgan City said that multiple shots were fired into two cars and a residence in that incident, which resulted in zero injuries.

Serpa was arrested on charges of criminal property damage and illegal use of a firearm following an investigation. But apparently she didn't stop there.

As Serpa was being booked, a male corrections officer said that the woman exposed her "genital area" to him. Serpa was hit with an obscenity charge for her alleged flagrant flashing.

She remains incarcerated in Morgan City. 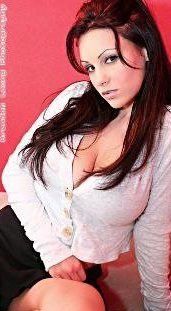